They may have been known affectionately as ‘midget submarines’ for their small size but the critical role played by two X-craft boats and their crew in ensuring the pivotal D-Day landings went to plan was anything but tiny The vessels, X-20 and X-23, crossed the Channel days before the invasion of Normandy on a dangerous mission to gather key intelligence about the landing beaches.

Now, 77 years on from their mission, Portsmouth has paid tribute to the courageous submariners and their boats in the form of a commemorative plaque, unveiled at the Normandy wall of city’s D-Day Story museum.
Cllr Jonas was full of admiration for the crews of the two mini subs, who he described as ‘heroic’. ‘The crews of X-20 and X-23 performed a difficult job in hazardous conditions, and the work that submariners did in carrying out reconnaissance before and aiding navigation during D-Day played a critical role in helping the landings to succeed,’ he said. ‘As a city we are very proud of our naval heritage, including our part in the history of the Royal Navy’s submarine service. ‘Many Portsmouth sailors have served in submarines for over 100 years, and seeing that the service of their shipmates has been recognised will mean a great deal to them and their families.’

A plaque to commemorate the role of two X-Craft Midget submarines in the D-Day landings, was inaugurated on the Normandy Memorial Wall at The D-Day Story on Thursday 24th September 2021 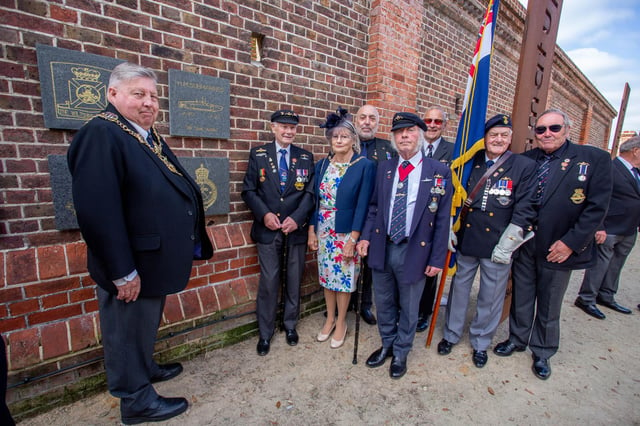 Lord Mayor, Cllr Frank Jonas with his sister, Joy mAddox and members of the Portsmouth and Gosport branches of the Submariners Association near the plaque. Picture: Habibur Rahman

The crews of the X-boats were made up of commandos from the elite Combined Operations Pilotage and Reconnaissance Parties, formed on the orders of Lord Louis Mountbatten.
They launched from Hayling Island five days before the original June 5 date of D-Day.
Each midget submarine had a crew of five men and at just 51ft in length and 6ft wide, conditions were cramped. Their role was to gather intelligence on the beaches and the type of sand to ensure Allied vehicles could safely land on it. They also helped guide the enormous armada of 7,000 naval vessels taking part in the Allied invasion of France during the Second World War.

Serving submariner Warrant Officer Class 1 Steve Thorpe attended the plaque unveiling. The Portsmouth-based sailor, who has served on a number of different submarines during his 36-year naval career, said it was a proud moment. ‘It’s vitally important that the heritage is continued and their memories live on,’ he added. ‘They endured so many hardships. People think today modern submarines are tough but it is nothing compared to what they had to endure.’

Veteran submariner Peter Goodwin was behind the design of the plaque. The 70-year-old from Southsea, who served 18 years in the submarine service, said: ‘This means a lot to me. People talk a lot about the military side of D-Day but they don’t realise what sort of a role the Royal Navy played – especially the submarine service.
‘They had such an important job. It’s great they have been remembered here in Portsmouth.’

Pat Wilson, 82, of Portchester – who was a cook in the submarine service during the 1960s – added: ‘This is very special. I met people face-to-face who served in these boats. I can’t imagine how cramped it had to have been.’ 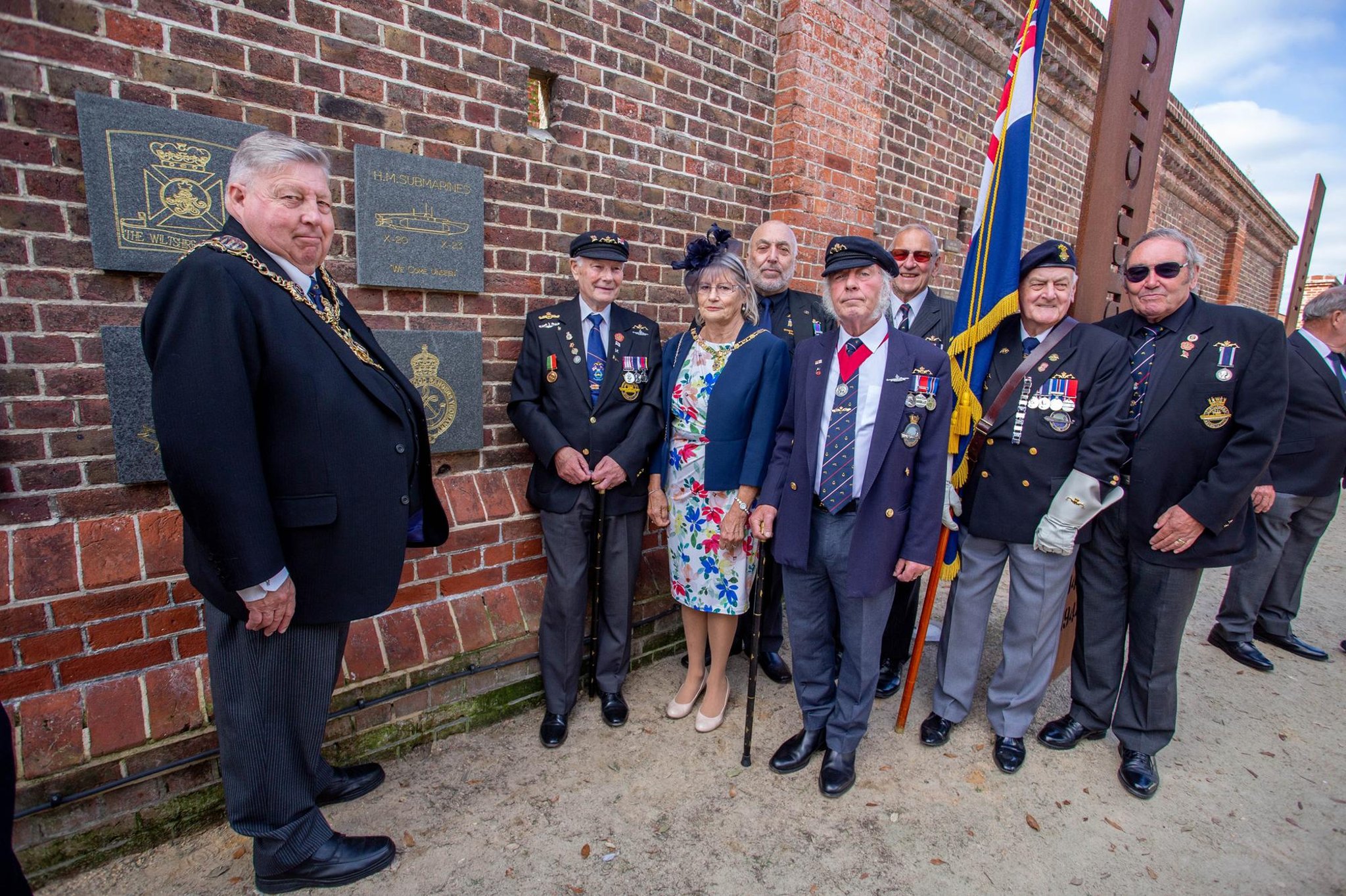 THEY may have been known affectionately as ‘midget submarines’ for their small size.