With thanks to Jack Lewiss.

THE X CRAFT AND D DAY...
X-boats – midget-submarines – were used at D-Day by the British to ensure that their landings went well. After the disaster that befell the Allies at Dieppe, everything was done to ensure success on June 6th 1944.
Five days before June 5th – the original date for D-Day – two X-boats sailed from Hayling Island, Hampshire. Each midget submarine had a crew of five men on board. It would be their task to guide in the British landing craft at Sword Beach.... The fear was that the landing craft might drift towards rocks that skirted the specific landing points at Sword and it was the task on the submarine crews to ensure the landing craft stayed on course.
The space in each of the X-boats was extremely limited. Each submarine was just 51 feet in length and a maximum of 6 feet in width. The crew could not stand up once inside the X-boats. The crews took it in turns to have a four-hour sleep in the battery compartment of the X-boats and their diet was mainly tea and baked beans.
Once the crews had sailed to the beaches they simply had to lay in wait and vitally, ensure that they were not spotted by the Germans. If one had been spotted, it is quite possible that the ‘game’ would have been up in terms of a surprise landing – even if Hitler was convinced that the Allies would land in the Pays de Calais. The expertise of the crews was such that they watched unnoticed via periscope German soldiers playing football on Sword Beach just one day before the planned landings.
However, both submarines had to surface at 22.00 to listen to the BBC news broadcast at that time. While they were submerged neither crew could hear the news. It was vital that they did as a secret message was going to be broadcast on one of the bulletins that would tell them that the landings were on and that they had to be ready to do what was required of them.
During one of these broadcasts, the crews learnt that the landings were going to be delayed by a day. This put them in a quandary as they did not know if they had enough oxygen on board to last them. When it was felt possible to do so, the crews would surface to allow the men to have a quick walk about on deck and to take in some fresh air.
The 22.00 BBC news on June 5th informed both crews via a secret message that D-Day was about to start. They now knew that they had to be on duty at 04.00 on June 6th. They first knew the landings had started when a huge fleet of bombers flew above them to bomb German positions along the coastline. The two crews knew that it would not be much longer before the landing crafts arrived and it would their task to ensure they sailed on the right course to Sword Beach. The landing craft homed in on the lights that came from the two X-boats. Casualties at Sword Beach were minimal when the sheer magnitude of the raid is taken into account.

Book Reviewer
Five men onboard makes the mind boggle, let alone the baked beans. For those that haven't been, a visit to the Submarine Museum at Gosport really opens your eyes, they have an X Craft there cut into sections, there is no living space it is all machinery. To have remained dived for the time they did, even with extra oxygen, is amazing. 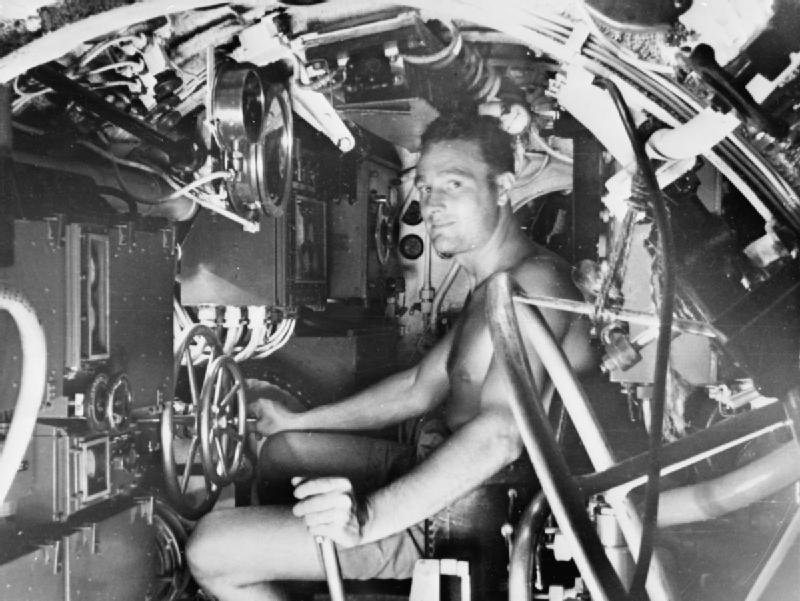 janner said:
Five men onboard makes the mind boggle, let alone the baked beans. For those that haven't been, a visit to the Submarine Museum at Gosport really opens your eyes, they have an X Craft there cut into sections, there is no living space it is all machinery. To have remained dived for the time they did, even with extra oxygen, is amazing.

Iv seen it. I have nothing but admiration for them. incredible endurance. I have often thought of the passage crews that were lost on the way to the Tirpitz. A lonely death,and sort of forgotten in the whole story.

Book Reviewer
For those interested there is an interesting account on the Dorset SA site, written by Gordon Newman, sadly no longer with us. It covers his wartime training as an X Craft Officer. Gordon was a wonderful character and is sadly missed.
http://www.dorsetsubmariners.org.uk/main/articles/details.php?id=26

Jim Booth is a six footer and a bit more.

Book Reviewer
Most excellent topic, sir, have a like. X-Craft crewman: all the s%it parts of being a submariner, a diver and special forces combined. Every time I re-read 'Above Us the Waves' I forget what my issues were on a V-Boat.

I was thoroughly appalled to see the X-Craft at the RN Submarine Museum in Gosport, and to realise that they used the same engine as fitted to countless London buses.

OP GAMBIT was the theme of the Submarine Dinner at Faslane a couple of months back - I did a bit of research and put together the article for the dinner programme with a bit of help from the Museum. I first read about the X-craft operations on D-Day in 'The Longest Day' by Cornelius Ryan (The book the film came from- he also wrote 'A Bridge Too Far) back when I was a young 'un. It concentrates on George Honour and his crew. Well worth a read and on Amazon for pence few.

At first light on the 4th June 1944 a periscope broke surface in the English Channel. Less than a mile from the still dormant French town of Ouistreham a Royal Navy submarine stealthily observed the Nazi occupied coast. Very soon one of histories momentous events would be played out on the same calm beaches and gently rolling surf. The following day the full force of the Allied nations would storm ashore in Normandy to begin the long awaited campaign to liberate Northern Europe. D-Day was less than twenty four hours away and the Submarine Service was the British vanguard. The vessel was the X23, a miniature submarine known as an X-craft, just 57 feet long and displacing a mere thirty tons dived.


Lt George Honour, CO of X23, gazed at the lighthouse and town church of Ouistreham through the periscope and informed the crowded control room that they were 'almost bang on target'. His vessel and X20, twenty miles further along the coast and under the command of Lt Kenneth Hudspeth, were both now on station and prepared for an elaborate mission designed by the invasion planning staff. Twenty minutes before the Allied assault, both submarines would surface and act as navigation markers, defining the extent of the British and Canadian invasion beaches, Gold, Sword and Juno. Upon surfacing they would deploy an eighteen feet high telescopic mast equipped with a masthead flasher, commence transmitting on a powerful radio beacon and operate a small active sonar to lead the approaching forces onto the narrow lanes leading to their nominated beachheads. Lt Honour had also obtained a full size Battle Ensign which would be proudly flown from the extendable mast. They would also hoist signal flag ‘Delta’ which clearly and succinctly signified ‘D-Day’. In addition to the normal 3 man crew of CO, XO and Engine Room Artificer, a 2 man team from the elite Combined Operations Pilotage Parties (COPP) was embarked, each of whom would take to an inflatable dinghy and further mark the route with the aid of hand operated searchlights.

The sobering fact that X23 would be surfacing in daylight, a mile from a heavily defended enemy shore with 6,939 Allied vessels bearing down on them was not lost on Lt Honour. He had checked the meaning of the code word 'GAMBIT' in the dictionary and had found to his unease that it referred to a chess move in which 'a pawn was sacrificed for position'. Someone in Allied planning had a sardonic sense of humour.

X23 then submerged, and tethered to the bottom by a small anchor, resumed the tedious and uncomfortable wait for the coming attack. At 2300 that evening X-23 returned to PD and received the unwanted message: 'RIPCORD, RIPCORD, RIPCORD'. The invasion was off for an unspecified time due to adverse weather in the channel. In a cramped and fetid compartment just eight feet long by five feet wide the crew returned to the seabed and settled down to another day of liar dice and fitful sleep. The next evening a trip to PD revealed the operation was on.

X23 surfaced at 0445 on the 6th of June and began the task of marking the beaches. Twenty exhausting and cold minutes were spent erecting the mast but the rough seas prevented the launch of the dinghies. Finally the masthead light began flashing green, the flags were hoisted and the ordered transmissions began. Through the grey dawn Lt Honour and his crew watched in awe as the full might of the Allied invasion fleet came into view. For two hours X23 was buffeted in the choppy sea whilst landing craft swarmed past and cruisers and battleships pounded the enemy shore. Finally their arduous task was complete. X23 and X20 had been submerged for 21 hours a day since setting out from Fort Blockhouse on the 2nd of June. X23 quietly and carefully slipped through the armada of ships, many sailors and soldiers wondering what on earth a miniature submarine had to do with the invasion. She briefly came alongside HMS Largs before being towed back to Gosport that afternoon in company with X20. Fittingly the mission had begun, and ended, at the home of the Submarine Service, HMS Dolphin. That summer evening in the wardroom and chiefs mess the intrepid crews of the X-craft were asked what they had been up to. No one believed a word when they said their submarine had spearheaded the invasion of Europe that same morning.

The Dawn of the Longest Day