What Is A Matelot

The mob was more than a job, it was a way of life. Ups and downs and all. It produced well grounded, sensible, hard working and loyal OD's, who can stay OD's forever and into their next life.
D

How can living in a metal box with 100+ other people not be a lifestyle (way of life). For 18 years it was my way of life, now I have moved on and I have another way of life. Maybe those who say it wasn't, were the malcontents or just had a job they disliked?

mikh said:
interesting to see those who claim it is just a job are amongst the most prevalent posters on Rum Ration (or Navy Net as it is now).

Slim, I think it was the Spinners (UK folk not the US R&B band)


Among their many achievements, The Spinners was the first multiracial singing group to have a major success in the UK. Cliff Hall, their West Indian singer and guitarist, brought many songs from the Caribbean to their repertoire and although they are known as a Liverpool folk group, only one of The Spinners, Hughie Jones, was born in the city.


In the 1970s my mum used to make us watch the Spinners Show on telly on Sunday nights and I thought they were a load of mamby pamby shite. However, I have since recognised the significance of a multi racial band in the 1970s and learnt to respect them. My respect increased when I joined the merchant navy and discovered that the "ROMFT" sticker on yer man's guitar was a seagoing acronym meaning 'Roll on my ****i*g time' which jolly jacks would say to express their desire to be discharged from the ship and go home.
P

I have already said that it is in my Ark Royal diary. If you take just a couple of minutes to Google, HMS Ark Royal 1961 -1963
you will see one of the headings which continues, Diary 1962 May 2nd Manila Bay 5th Subic Bay, Cubi Point beach etc. Click on that one and it will open a section of the diary. Then just scroll down a couple of pages and you will find WHAT IS A MATELOT​

Peewee Hunt said:
I have already said that it is in my Ark Royal diary. If you take just a couple of minutes to Google, HMS Ark Royal 1961 -1963
you will see one of the headings which continues, Diary 1962 May 2nd Manila Bay 5th Subic Bay, Cubi Point beach etc. Click on that one and it will open a section of the diary. Then just scroll down a couple of pages and you will find WHAT IS A MATELOT​
Click to expand...

...and the subsequent entry is signed "A. Matelot". That site is owned by David N Axford, yet you have already identified yourself with another name elsewhere in RR (nice website, by the way. But why not link the article to your own website, not Mr. Axford's?). As I said, I am not saying you are or you aren't the author of the original piece but I am not entirely convinced either way.
P

Hi sgntpepperband. Can I try again to clear this up. I have in my possession my Ark Royal commissioning diary 1961 -1963 that was compiled by a team on board and then sold to crew members as a souvenir. I bought one. The article, WHAT IS A MATELOTis in it but I do not know who originally wrote it and it was certainly NOT me. Mr Axford may own the site that portions of the diary are published on, but he would certainly not be the originator of the article in question. The article is not signed, A MATELOT, it ends with - he is my friends, A MATELOT. I innocently posted it on this site because I thought it a nice thing to do, and might be of interest to those who enjoy the romantic notion of how Jack Tar is perceived (and there are many). I did not think it would cause such a fuss. Hope we have it sorted now PW :thumleft:

...and the subsequent entry is signed "A. Matelot". That site is owned by David N Axford, yet you have already identified yourself with another name elsewhere in RR (nice website, by the way. But why not link the article to your own website, not Mr. Axford's?). As I said, I am not saying you are or you aren't the author of the original piece but I am not entirely convinced either way.

I think that you jumped the gun their SgtP.
At no time did the originator state that he was the author of said piece.
I was on Eagle in 65 and the same item ws published in the ships paper, most of the old and bold 3 badge killicks said that it had been around for years.
There are a number of other articles that have been written in the same vein including one containing advice to wives on how to treat a matelot retuning from a two year deployment. two year deployments were the norm in the early 60s, luckily the longest I ws ever away was about 12 months

Got a copy of that somewhere Slim, I will try and find it and type it out (scanner is tits)
P

Well I said I would hunt it out and type it up, so here it is

NOTICE OF RETURN TO THE UNITED KINGDOM
1 This is issued in solemn warning that on this day 15[SUP]th[/SUP] November 1990, the after mentioned &shy;&shy;&shy;&shy;&shy;&shy;&shy;________________ will once more be in the bosom? of his loved ones. Very soon the afore mentioned will once more arrive in your midst, dehydrated and demoralised after having lived in conditions more suited to a sardine “in tomato sauce”, eager to resume his rightful place in society as a human being. Entitled to liberty, justice and his regular 3 cans per day, whilst engaged on his somewhat delayed pursuit of happiness.

2 in making your joyous preparations for his long awaited return to civilisation you are warned to make allowances for his “unusual” behaviour. In brief you may find him suffering from rashyitis, sweatyitis and even DeeTeeitis…. He could even have a bad case of the shakes! (A common complaint in the Far East, brought on by over indulgence of Tiger and/Anchor beer)

*N.B. Married woman need not heed this warning – just remember the “I’ve got a headache” routine

3 His diet for the first few weeks should consist of tinned dehydrated milk – watered as much as possible but still keeping some colour, ‘just like the PO Caterer used to make’ stale bread, dehydrated potatoes and the most unimaginative selection of tinned vegetables you can come up with. Fresh or rich food should be avoided at all costs for at least the first month, although as time goes by it may be introduced. His meat choices should be kept limited to, either corned beef or stringy chicken. Do not worry if he insists on piling both his dinner and pudding on the same plate, and insists on removing any loose cutlery from the dining area.

4 Do not allow him on or near the roads unaccompanied, it could prove his downfall. Traffic is still a phenomenon he has forgotten and rather than walk anywhere he will sit on the pavement for hours muttering about “fast Black” (Taxis) or waiting for some kind hearted motorist to take pity on him and give him a lift.

5 Do all his purchasing for him, gradually establishing in his befuddled mind that haggling, cajoling and even threatening to “kick the slant eyed bastard” around the car park are not shopping practices employed in a civilised land – however effective they may be. It will also please you to know that if you require any help in future when going shopping, telling him he has been detailed off as “stores party” will have the desired effect. You may find to your embarrassment that his language has become somewhat colourful, do not despair because in a relatively short time he can be taught to speak good plain English again.

6 NEVER ask why the bloke down the street has a higher rate or gets more time off. Also NEVER make flattering remarks about the Army or RAF in his presence

You should take extreme care when in the vicinity of half empty coaches as he will almost certainly think they are an organised trip to the local brewery.

8 However, when all is said and done please keep in mind that beneath that tanned and rugged exterior there lies and beats a heart of gold. Treat him with kindness and tolerance and an occasional quart of his favourite spirit, and you will be able to rehabilitate that which is just a hollow shell of the man you once knew and loved

THIS NOTICE IS TO CERTIFY THAT THE PERSON NAMED IS RETURN ING TO CIVILISATION IN A PARTIALLY SANE CONDITION. DO NOT INFORM THE POLICE? HE IS ON THE WHOLE QUITE HARMLESS.

Thank you Mikh, this is one that I have never seen before and it is absolutely brilliant, lovely, and heart warming. It goes to to show that if the writer/s were observant enough to write these descriptive articles about matelots back then, there was a reason for doing so. Those who replied to my post "What is a matelot" , and decried it as, just as job like any other and anyone who thinks differently should get a life, etc. will probably hate it though. I can't think of many jobs where, if you turned up on site, in the office, wherever your job might be, etc. late by five minutes, you would not only be prevented from going home to your family for several days, you would also have to forfeit the next five days pay and do loads of shitty extra work while you were confined to the place where your job was, and accept it, complaining yes, but accepting it and getting on with it anyway. There is another old saying, "Once a sailor, always a sailor" which makes me wonder why, if those who have said it was just a job, and get a life, have not moved on and, do not realise that they have not moved on, which can be the only reason why they populate this site so vigorously! 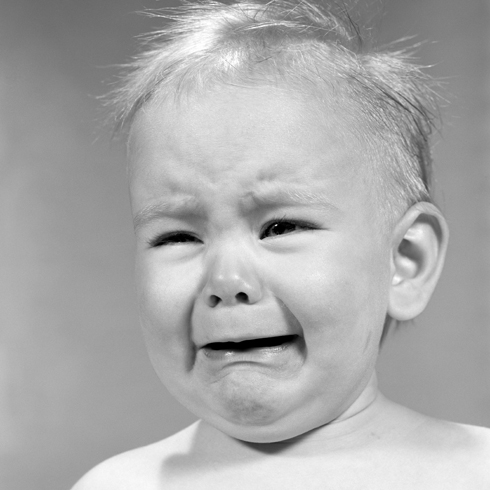 S
What is a Matelot

What is a Matelot