Walt yourself. (The Thread Of Lies)

Why the f*ck not? Here's your chance to big yourself up (or down, depending on how you want to play the game). A small paragraph of complete unthruth will suffice..........if a written essay the size of a Chinese telephone directory is your bag, then that's okay as well. Let's see who can come up with most awseome biography of bollocks before Christmas. 1st prize is a complete box set of Andy McNab paperbacks.

I am Andy McNab and every word in my autobiographies is true. Can I get my books back now?

Book Reviewer
If Billys had them you won't want them back, the pages will be stuck together!

I was a chef AND I passed the course.

Super Moderator
I trained W_B to be a chef.

My brother saved the life of.....ang on, ang on, do these dits have to be believable?

Ok, I lied, I didn't pass the course.

I tried to do it on leave one summer when I was in the real 2 Para RAF Regt inbetween saving the world as a blade and before my Commando tests. It was the one course I just couldn't crack.

Sounds like there needs to be an investigation for bribery and corruption. How much did it cost you?

If you're joining the Raf Regt my lad you'll need a big heavy flat bottom iron. Tie it to your ankles, climb a tree, join the tree to your neck with one of them lovely RAF polyester ties and jump off.

I think Tefal do the model you're after.

:
:
After that middle watch when I wrote the Red Sailor I was skidded to become Rumrat's sea daddy and 'twas then that I taught him every one of those dits he's ever repeated here during the forenoon whilst we were scouring the harbours edge at low tide for our wardroom's missing Uckers Board. Made it myself from Lord Nelson's sarnie box, didn't I tell you already at http://www.navy-net.co.uk/private.php?do=showpm&pmis=872126


We never did find that board but the suspected perp. was seen peeing and puking into a large tub later that night; that same one which had "The Queen et etc." emblazoned in brass around it's sides.

Naturally (the very next weekend when I was invited up homers again) I related these shenanigans to our Phil and his partner.

She was sooo upset that she put her foot down and sent the word out, most discreetly I'll admit:

So it came to pass that the evil Tot was stopped the next day, which also explains the perpetual grumpiness of the said perp. and his continual avowed hatred of anyFink "Royal".

You're not getting the gist of this are you?

wet_blobby said:
You're not getting the gist of this are you?
Click to expand... 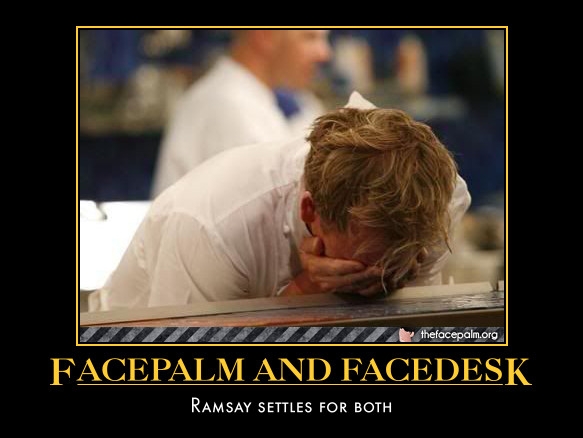 I failed STC training because I was too nails!

An extract from my forthcoming biography.

I was brought up on the tough streets of the East end of Glasgow . We all lived in a one room tenament on the Stanley Blade Estate just off Stabbing Avenue. One hundred families shared a single toilet. The stench was overpowering but you got used to it. My mother worked in the local branch of Woolworths on the pic'n'mix counter and she did a bit of bare knuckle boxing at the weekends in order to bring a little extra money in.My father was employed as a professional handcuff tester with Glasgow CID. He was a short, stocky, bald fellow, covered in tattoos - and he held the record for the most number of pint glasses smashed into peoples faces down at his local pub - *The Broken Arms* for more than eight years. I was an only kid and I remember having to play all by myself because all the other kids in the tenament had been told not to play with me, so I would scamper up to the roof of the festering building and spend lazy summer afternoons throwing kittens over the edge and I would listen to their pathetic mewings as they plummetted downwards, before smacking into the concrete alley at the rear of the tenament. On other occasions I would set fire to old Mister MacDougals racing pigeon shed, which was also on the roof.
The sight of burning pigeons whizzing about and kittens plunging ten storeys downwards sort of kept me on the straight and narrow....after all, I was only five and every day was a new adventure. At the age of six, I was sent off to school - the St. Benito Mussolini School for Boys where I showed a flair for all things of a practical nature. I made my very first harpoon at the age of six and a half in the metalwork class and I put it to good use when times were particularly hard. Setting off to the local park on a Saturday morning after my Friday night job at the abbatoir - I would spend many happy hours by the boating lake and suffice to say, me, mum and dad would often have swan for Sunday Roast. Happy days!
Despite all the harsdhips and the violence, we were a happy, tight-nit family...we often had nits, but everything changed on my seventh birthday when the police turned up on my mothers doorstep to inform her that my dad had been arrested outside *The Broken Arms* and was going to be charged with murder. Apparently he had beaten a blind beggar to death with his own guide dog after being asked if he had any spare change. He was sentenced to life imprisonment and I never saw him again. My mother sort of went mad after that. She turned to the bottle and fell into prostitution in order to make ends meet, specialising in pleasuring sailors from far away foreign places. I was almost nine years old when my mum abandoned me in my pram on the banks of the Clyde. She went aboard a visiting Japanese whaling ship to earn a few pennies and whilst she was giving the ships master harpoonist a hand job on the focsle, they both slipped on a pile of discarded whale blubber and fell overboard. It was December, it was freezing and neither of them was ever seen again.
The Captain of the *Yoko Yo-Yo Maru* - Dermot O'Wakatenko, a Japanese-Irish half breed, discovered me on the jetty, and they sort of took me in. I still had my harpoon in my pram and they soon found out that I was a natural with it, so I went off to sea and worked from the age of nine, as a Sperm whale harpoonist and occasional sex-aid for the crew. It was tough - but it turned me into a man and by the time I was eleven I could pierce a whales eye from 1000 yards and I had an anus like an octopuses mouth. The *Yoko Yo Yo Maru* hove to in Aberdeen in January of 1966 for essential repairs, and I decided to jump ship and seek my fortune back in Scotland or England. I stopped off at a local post office in Aberdeen to see if I could change all my Japanese yen into Scottish pound notes. When the woman behind the counter said "no" - I got a bit angry and stuck the nut on an old age pensioner and robbed her of her pension before running out of the place. I wandered the cold, wet streets, wondering what would become of me until I eventually found myself walking past a Royal Navy Recruiting office. I had 500 yen, 20 scottish quid, one well used harpoon and the clothes on my back. What was there to lose? The only question was - could I get into the Royal Navy aged only 12? My beard made me look older and 3 years at sea with a Jap whaling fleet had turned my skin into toughened brown leather. I opened the door and marched in.

Feeble effort compared to the above but I was once able to keep 13 sock-puppets in the air at the same time.

I could pass SAS selection if I wanted to, I just can't be bothered.

Posted from the Navy Net mobile app (Android / iOS)
You must log in or register to reply here.

Jun 24, 2015
JFOTRAVELS
J
Similar threads
Walt Thread
RMR Walt?
Possibly the worst time to be outed as a Walt
I'm a walt
Walt Alert. Bugle and Medals Stolen
Jacks got ANOTHER walt.....
Walt Question
A Booty's (or Walt's) wet dream come true!
Walt with his own U Boat........
Walt, but why????
Walt RN Captain even fooled the RNA
Mega walt uncovered !!!!!!!!!!!!!!
The Walt at play...
Navy Aviation Walt ?
Fecking Major is a WALT!!
The Great Reverse Walt - a challenge.
Trooped Walt
Researching a possible Walt
Walt check please for old and bold please.
Heads up on a Toxic RM Walt as featured on Arrsepedia
How would you punish a walt?
Stephen Lord Harrison (Walt Threads Merged)
Conman walt jailed
sex offender walt wearing RM uniform
Walt of the highest degree
Is Jack the Lad a Walt?
Walt Mitty still out there
Booty Walt?
another walt on the go
Walt alert
Possible Canadian RM Walt alert...help needed
Possible RM walt
To Walt or not to Walt...
Uber Walt
Walt
Walt Accusations
Walty walt walt
PINCH is NOT a Walt!. Apologies to PINCH
Possible Walt?
Walt Alert
What is a walt???
What's a Walt?
See the Walt, see how he runs!
Walt dead ahead Sir!
Walt
Walt alert: look who I found on myspace
Launch of LGBT+ Group Network – be yourself and be proud
Get yourself a real take-away.
RR Members phot thread (Only pics you've taken yourself)
Do you consider yourself European?
Share:
Facebook Twitter Reddit Pinterest Tumblr WhatsApp Email Share Link