Hoping for a bit of assistance.

I'm involved in a campaign to raise awareness about the fraud and abuse being carried out by the so-called Church of Scientology. The group has a long history of being "less than truthful" about it's past, and it's fair to say it's founder, ol' Elron was the Walt-Master-General himself...first man injured in World War II, heroic role in pretty much every major battle...more medals than Ghaddaffi, nuclear physicist, "blood brother" of the Blackfoot Indians, etc. etc.

The US records of course paint a slightly different picture: "lacking in the essential qualities of judgement...recommend duty on a large vessel where he can be properly supervised"...that was after he almost brought Mexico into the war, when for reasons best known to himself he decided to practice his naval gunnery by firing on the country...0.0

So it's with this less than illustrious history...and believe me, that's not even the half of it...that claims coming from the "church" need wholesale quantities of scepticism.

Having said that, there are a lot of perfectly decent people caught up with the group, and that's where I'm hoping you may be able to help.

The top UK PR guy for the "L Ron Hubbard Foundation" in the UK, is a gentleman by the name of Mr Bob Keenan, who (amongst other things) apparently served as a Royal Marine. However he's also reported as referring to the period as "[when he] left the army," which seems an odd discrepancy...


So that's really the request:

Do any of you guys remember serving with Mr Keenan?

Fullname: Robert G. Keenan
Currently between 47 and 48 years old, and would have finished his service by 1982 at the latest. Unfortunately that is all the information I have. 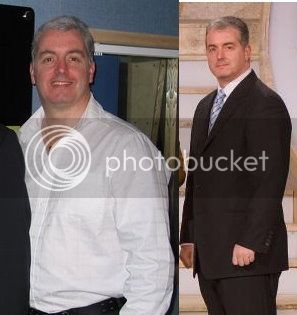 UPDATE:
Two former Scientologists have now stated that he didn't complete his "basic training." Unfortunately, neither of them are prepared to go on the record as the "church" has a pretty unpleasant reputation for pursuing former members who choose to speak out. Again, if you're able to confirm or refute this information, it would be of real help.

Just ask him what his official number was then post it on here for us to see and the truth will out.
A

Or use the old Ronin test: ask him the colour of the boathouse at Hereford.

If you don't know what this means, watch the film!

Be very very careful about looking into these people as they have a nasty habit of tracking anyone down who speaks out against them. They call it the "Fair
Game doctrine" and it means they persecute all who criticise the church.
T

oberon said:
Be very very careful about looking into these people as they have a nasty habit of tracking anyone down who speaks out against them. They call it the "Fair
Game doctrine" and it means they persecute all who criticise the[m]...
Click to expand...

Some conservative evangelical groups do that that sort of thing too! I learned the hard way when writing my criminology dissertation on Christian antigay discourse when one of their members sent me a couple of death threats and got away with it! Religious liberty the police called it. issedoff:

Interestingly one of my most infamous Games Masters at school was called Keenan. He was apparently an ex-Army PTI and should never have been allowed to work with boys. I remember after returning to school after treatment for a serious illness when I was unfit (still too ill) to do rugby being told by him that he'd come into hospital and drag me out and force me to do rugby if he had to. I have regarded Army PTIs as EVIL ever since! Interestingly this guy is old enough to be his son! Wonder if he's related? :threaten:

Already being discussed in depth it seems.....anon2487

PS If you want to find more info on Bob's 'career' in the marines, I suggest that you visit Rum Ration Forum.

Virtually all the marines use the forum to slag off anything and anybody, so if Bob ever served, it's a dead cert that someone will either know him or have served with him.

Now, the marines hate 'walts' with a passion ('walts' comes from 'walter mitty' aka people who pretend to be in the elite forces)

So, if someone puts a post on there mentioning that they "met a guy in a pub who claimed to be marines and / or SAS and who single handedly saved the squad at Goose Green, I'm sure someone will be able to confirm or deny.
Click to expand...

Good luck with it though, since I doubt you'll find anybody who served with Mr Keenan, its more of a challenge to prove that he didn't serve (apart from the obvious point that any ex-RM could suss him out in a minute with a few well placed questions).

Mind how you go with the f***ing froot loops

Nice to know we are held in such high esteem...
"Mindless-Killers-Reunited"
W

Hi, another anti-Co$ type here - I registered initially planning to post the thread myself. Now I'm posting to assure you that that one person's opinion is not representative of my own, nor most others in this campaign. Political and other views run the whole spectrum, so you'll get the odd pacifist (or whatever that person is) feckwit I'm afraid. We're united only by the effort to reform the "church" of Scientology and usually we do a good job of keeping partisan BS to a minimum.

Needless to say, any assistance with this will be much appreciated, and thanks for taking the time to read it.
B

Musketeerwang/waltinator said:
Oh FFS - why did someone have to say "mindless killers reunited"?
Click to expand...

Cos' Humourless-Dumbasses-Reunited doesn't have so many Royal Marines posting...


waltinator said:
Now I'm posting to assure you that that one person's opinion is not representative of my own
Click to expand...

Likewise...so pls keep your sappy apologies to yourself.


waltinator said:
...so you'll get the odd pacifist
Click to expand...

You clearly have no idea how manly my moustachio is...grrrrr...


andym said:
Just ask him what his official number was then post it on here for us to see and the truth will out.
Click to expand...

The difficulty is that it's in his interest to be less than forthcoming, wherever the truth may lie:

Scientology has it's own intelligence service, part of it's Office of Special Affairs (I know...a "church" WTF???), but as such they'll be more than aware we're conducting basic enquiries to try and establish the truth. If it actually is true that he was a RM, they'd like nothing better than for us to get it wrong, and if it's only true in La-La-Land they'll do everything they can to obscure the fact.

It's a difficult one. Hopefully someone actually will recognise him, at least that way there won't be lots of fruitless digging.


oberon said:
Be very very careful about looking into these people as they have a nasty habit of tracking anyone down who speaks out against them. They call it the "Fair Game doctrine"
Click to expand...

Truth.
People see them as a slightly wacky cult, when the reality is that they're more like the bastard child of a double-glazing company and the Mafia, (midwifed by a Sci-Fi writer).


Ships_Cat said:
Good luck with it though,
Click to expand...


Ships_Cat said:
since I doubt you'll find anybody who served with Mr Keenan, its more of a challenge to prove that he didn't serve
Click to expand...

Agreed, DataProtection/SubjectAccess restrictions make it really tough to get confirmation one way or t'other.

Will dig to see if there are photos of him getting married "avec uniform" in any of the Scientology newsletters.


Ships_Cat said:
Nice to know we are held in such high esteem...
"Mindless-Killers-Reunited"
Click to expand...

Steady on girls... didnt want to detract from your search for possible ex-oppos of Mr Keenan....perhaps you should pop over to the corps forum and ask for it to be moved there. There are some Falkland vets who read/post there who would have been in around this berks alleged time, eg HarryBosch, but as he would have left at 21-22, Im guessing either he PVR'ed, failed as a nod, or was medcatted or discharged at best. If he actually got his lid he would have a passing out photo, and would no doubt proudly display it with his lid etc, given ol' Elrond and the smeg-org faux paramilitary bent.

Sadly though, hes probably just another ****** claiming corps heritage. If you manage to make enough of an inconvenience of him, maybe the MOD will come out and disown him. I know MI5 and possibly 6, and GCHQ take an interest in these shits and their activities since they think they can wiretap, bug and fairgame people with no respect to law, but we see through their fruity little cult for the pyramid scheme it really is. I think you should just do like they do and pay some kid to say he pulled a Len Fairclough.... after all, he looks like a kiddie fiddler to me.
T

To be fair, it is possible that the media used the term 'ex-Army' because most journos seem incapable of distinguishing Booties from Pongos.

Yeah i served with Butch Keneen in 45 Sigs troop, Bombers on the piss he was always sucking the lads off In Liberties Arbroath for nowt more than shits and giggles. He was the Company wretch and had this thing about wank1ng in the TV room and then pegging over to this bungy noose he knocked up by the wall for his vinegar strokes and subsequent Micheal Hutchence style Pop shot. He thought nothing about making the sprogs (new guys) Give him a ring dhobi after Phyz sessions, he would be more lenient after their first week and settle for a blow job. Im not surprised he fell for all that Scientilogy lark, he was a bit of a Space cadet anyway, always watching Star trek and Mork & Mindy. Why would you want to follow a religion that was created by the ginger tosser who played Richie Cunningham from Happy Days anyway??
B

thingy said:
To be fair, it is possible that the media used the term 'ex-Army' because most journos seem incapable of distinguishing Booties from Pongos.
Click to expand...

Agreed, I've not got a strong view either way, though I'd like to think that someone who had served as a RM would have a few more scruples about lying about Hubbard's military record.


Ships_Cat said:
perhaps you should pop over to the corps forum and ask for it to be moved there. There are some Falkland vets who read/post there who would have been in around this berks alleged time, eg HarryBosch, but as he would have left at 21-22
Click to expand...

PM'd their Mod, will let you get back to practising your thousand yard stares and polishing your guns

Thanks again for your help.

SADDAM ON THE LOOSE
2