Yesterday morning, whilst pausing briefly in my hectic schedule for a fag break in the lepers nicotine shed outside my office I perchanced to overhear this dit.
A Surgeon Lieutenant (that still the correct terminology?), mentioned the fact that, whilst doing some sort of GP's Course in London - they actually "employ" real famous name actors and actressess to play the roles of patients in their mock clinics/surgerys for certain parts of their courses and exams. He stated (quote) Some of them you may have actually seen on the TV in dramas and soap operas (unquote).
Now this would be rather nice, if someone like the girlie who plays Rosie Webster in *Coronation Street*, showed up and said she had a bit of a snag with an itchy minge. (Only acting mind you). "Just remove your thong and hop up on the couch please......"
The again - it could be Betty Turpin (aged 99) also an "A-lister" from *Coronation Street* - earning a few extra quid in between episodes who comes in saying, "Morning Doctor - listen...I've got these dingleberrys hanging out of my ring-bolt that look like a pair of surgical tights topped up with over-ripe tomatoes....".
"Certainly madam - just remove your h-u-g-e nickers and hop on to the couch whilst I step outside and throw up....."

Is what I overheard in the smokers bus shelter factual or fictional then?

If I had ever aspired to becoming a GP, and I had gone on this course in London,knowing my luck - I would have got Betty f***ing Turpin.

BillyNoMates said:
If I had ever aspired to becoming a GP, and I had gone on this course in London,knowing my luck - I would have got Betty f***ing Turpin.

Doubtful. You would have got this one complaining of trouble with her bowels: 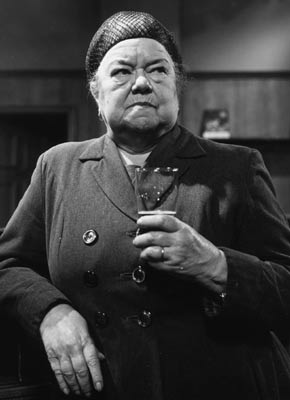 And this one claiming he slipped and fell on a milk bottle: 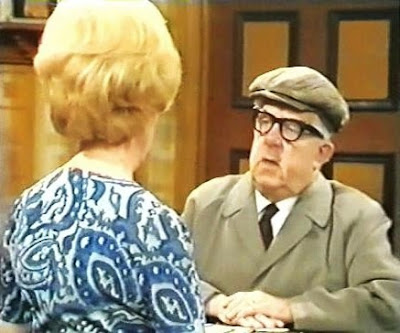 p.s. If I had ever aspired to becoming a GP, and I had gone on this course in London,knowing my luck - I would have got Betty f***ing Turpin.

Why not the full house of those three grand originals: Ena Sharples, Martha Longhurst and Minnie Caldwell??
Or is only Pathologists that get to handle those these days 8O

but she turned me down and married David Barlow (Ken's brother) in '65 instead. :cry:


Only when colour arrived did I realise that she was Ginger so I guess I didn't dip out too much after all.

Since the smoking ban I have found pulling drunk chicks so much easier.

I find a quick check of the smoking shelter outside any decent pub or club, usually yields a couple of pissed up hotties. Assessing their drunkenness is considerably easier when they are not drowned out by the general noise of the pub/bar. While they are away from their group of friends it is easy to strike up a conversation.

After a few minutes you can usually tell if you are in or not and that's when you smack them over the back of the head with your bat and drag them back to the Transit for some fun and games.


As for overhearing interesting conversations, I was once employed as the CO's driver. I was driving him, the Regimental Colonel (who happens to be a Prince), the Master Gunner and the CO of London District to the airport, where the four of them merrily chatted about the future of my Regiment and the Royal Artillery in general, giving away interesting facts like which parts were going to be disbanded along with budgets, salary details, manning requirements, MOD budgets and figures etc. etc. etc.

OPSEC, what?
You must log in or register to reply here.

I rejoiced - and then Brown began to speak