In the December of 1910, the Admiralty had decided that it would select a few Officers and send them to learn to fly with a civilian club, using two Short biplanes loaned by Mr Francis McClean. 200 Officers volunteered; 4 were chosen. They began their flight training at Eastchurch on the Isle of Sheppey in Kent at the beginning of March 1911 and, of the four, Lt. Longmore and Lt. Samson were the first to be awarded their Royal Aero Club Aviator’s Certificates.

So enthused was Lt. Samson by his success that he obtained an interview with the First Sea Lord and made a convincing case for a small air element in the Royal Navy and promised 1SL that he would be able to take off from the deck of a ship in a matter of months; in January 1912, he did just that, taking off in a S27 from HMS Africa; a few months later, he would do the same from a ship underway, HMS Hibernia, in Weymouth Bay.

Lt. Longmore would become the first person in the UK to take off from land and make a successful water landing, when he landed on the Medway near Sheerness, flying an S27 and using air bags for flotation, in December 1911.

At least they had some fixed wing to fly. Little did they no that 100 years later our beloved FAA would have Bugger all to fly.

fredtubb said:
At least they had some fixed wing to fly. Little did they no that 100 years later our beloved FAA would have Bugger all to fly.
Click to expand... 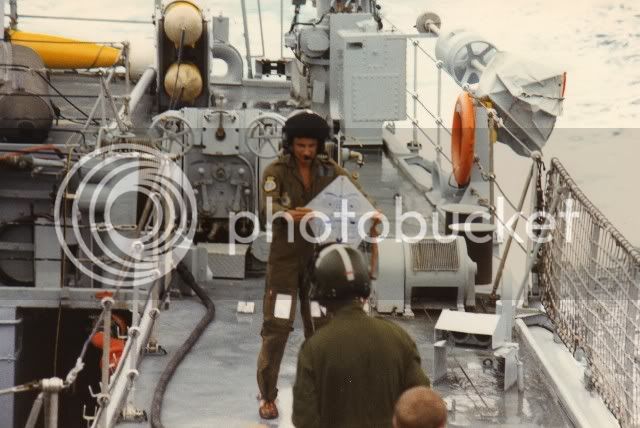 The four original Naval Pilots. Started Flying at the central flying school at Upavon, where the RFC had been formed with an Army Wing a Naval Wing, and a central flying school. Both wings retained their naval and military ranks, but were graded flying officers, flight commanders, squadron commanders etc. The Admiralty continued to maintain its own flying school at Eastchurch. During 1913 the Admiralty had started to open up costal stations for Seaplanes. Calshot and the Isle of Grain were in commission,also Cromarty, and later the seaplane stations at Great Yarmouth and Felixstowe became ready for use

So Trenchard, "father of the RAF" was trained by Jack?

Infact, Jack was the start of the RAF, Army Air Corps, RM pilots and FAA with those four pilots?

Waspie said:
Not true Fred. We still have 'Kites'!!!


Good to see the WAFUs even put on their flying suits at kite flying stations!
You must log in or register to reply here.