It is a great honour to be representing the Government and people of the United Kingdom here in Samoa, and a delight to be hosting you, friends and colleagues, at a reception in Villa Vailima, this most beautiful of places.

And it is wonderful, just for one day, to fly the UK flag above this house. Many of you commented on it as you arrived - and joked that we had already found our new Residence in Samoa! But actually that flag is an antique: it flew over the British Consulate in 1800, and then, later, over this same building during the NZ Administration of New Zealand. But I promise that we will remove it at the end of today! 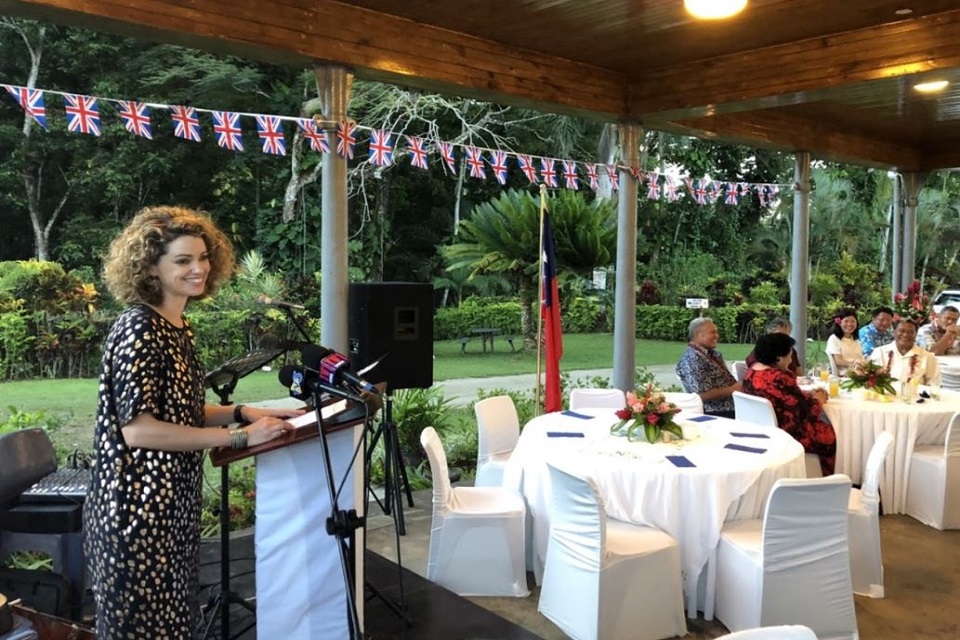 I came here to this house in March, during my first visit to Samoa when I presented my credentials. And I could see at once why Robert Louis Stevenson loved it so much that he made it his home: the climate is certainly kinder than that of his native Scotland! And in fact, when I looked around in March I found a small personal connection of my own to this place: a portrait upstairs of Robert Louis Stevenson, painted by my great great grandfather, the artist William Blake Richmond.

Of course, Robert Louis Stevenson wasn’t the only person to fall in love with this country - with the “sacred centre of the universe” - and make it his home. There were, of course, British missionaries, before and after him, who made their lives here. John Williams of the London Missionary Society was, of course, one of the most notable - and it was the work of missionaries that perhaps set the tone for the friendship between our two countries.

Because although we are on opposite ends of the world, we share strong historical connections, and many similarities. We have a great deal in common:


This year the UK hosted the Commonwealth Heads of Government Meeting, and Her Majesty the Queen was pleased to welcome Prime Minister Tuilaepa to London. And that was one of many occasions - most recently perhaps at the UN General Assembly - that has seen the Prime Minister of Samoa use his voice on the world stage to champion the importance of urgent action on climate change. That is a shared priority for the UK and Samoa, and one on which we will continue to coordinate closely. As indeed is protecting our Oceans, and tackling plastic pollution: so I am delighted that Samoa is joining the Commonwealth Clean Oceans Alliance, which aims to reduce plastic pollution of our seas. On that note, the small gift bags that we have produced for the evening are eco-friendly, minimising our impact on the environment.

Samoa is a leader in the Pacific, it has convening power (whether that is hosting PIF, or indeed the Pacific games, which we are all looking forward to!) and it also had the courage to confront and tackle the challenges it faces.

And when I returned from my visit to Samoa in March this year, I advocated strongly, to London, for the UK to increase its presence in Apia. And - fortuitously - conversations were happening at the same time about how and where we should increase our diplomatic presence around the world.

So I am delighted that the UK will be opening a British High Commission in Apia next year. Our high-level relationship to date has been coordinated by High Commissioners, like me, who are based in Wellington, and with the support of Honorary Consuls like the fabulous Brenda, who is here tonight. But the time is right to increase our diplomatic presence in Samoa, to take the relationship and co-operation to the next level.

So part of the reason for my visit this week has been to consult widely, across Samoan Government, civil society, business, and with the Diplomatic Community, on how the UK should focus its increased presence - and where there is the greatest complementarity of interests. So it has been a privilege to meet with many of you and hear your thoughts in the course of that consultation. 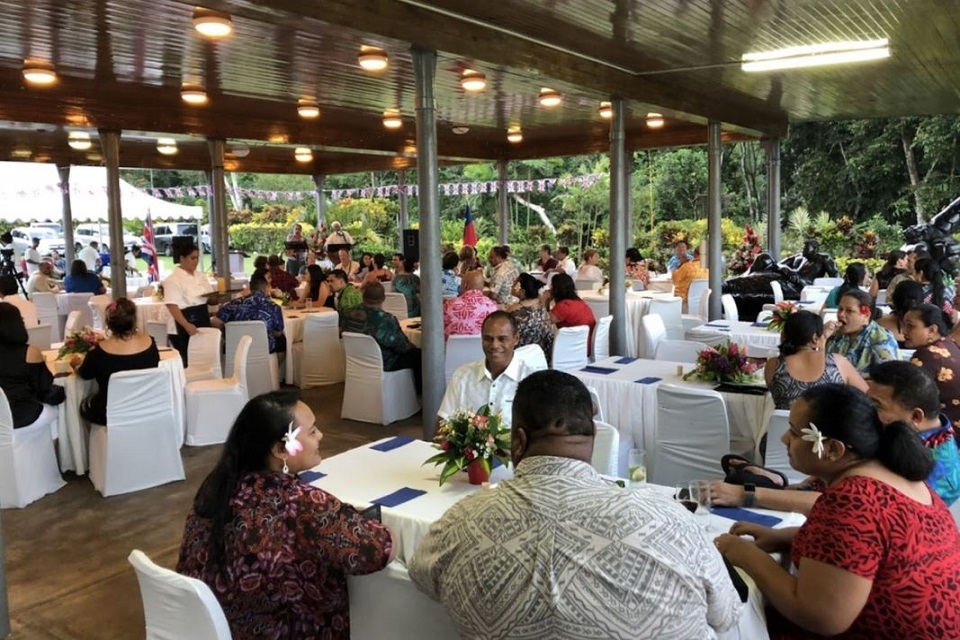 And I have not come alone - as you can see! So I would like if I might to introduce my team who have come with me this week, and are working with me as we work to further strengthen the UK -Samoa relationship.