Haven't posted for yonks, but would like some help, if anyone would oblige

This is a picture postcard on eBay... is at Dover, and postmark is 1908. There's a life ring at the foot of the picture, but can't get the words from it... can anyone ID it for me, please? Many thanks!

Looks like it may be French judging by the hats.

Methinks your battleship is a frog. 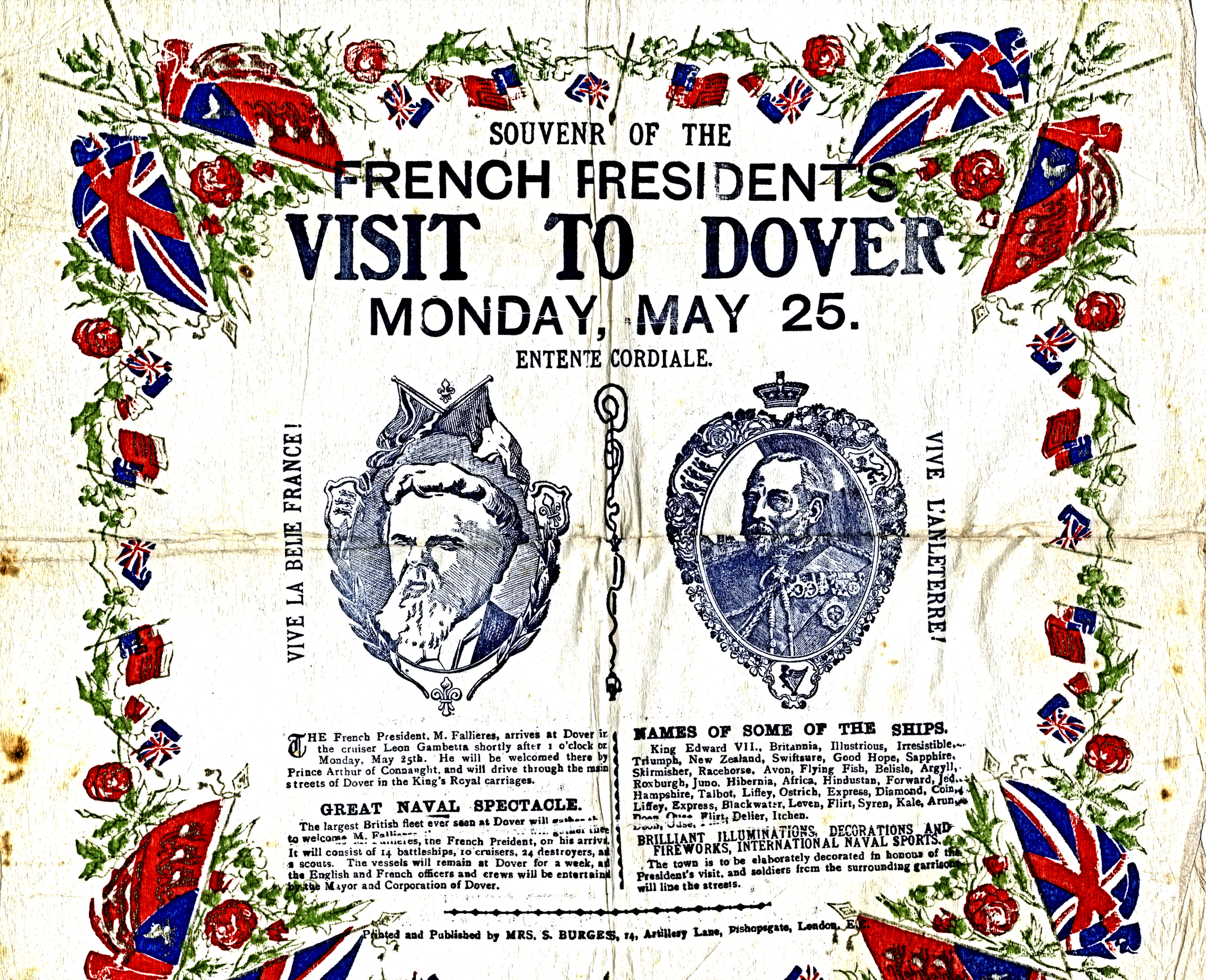 Looked at the lifebelt. Far as I can can tell I'm owed a pint! 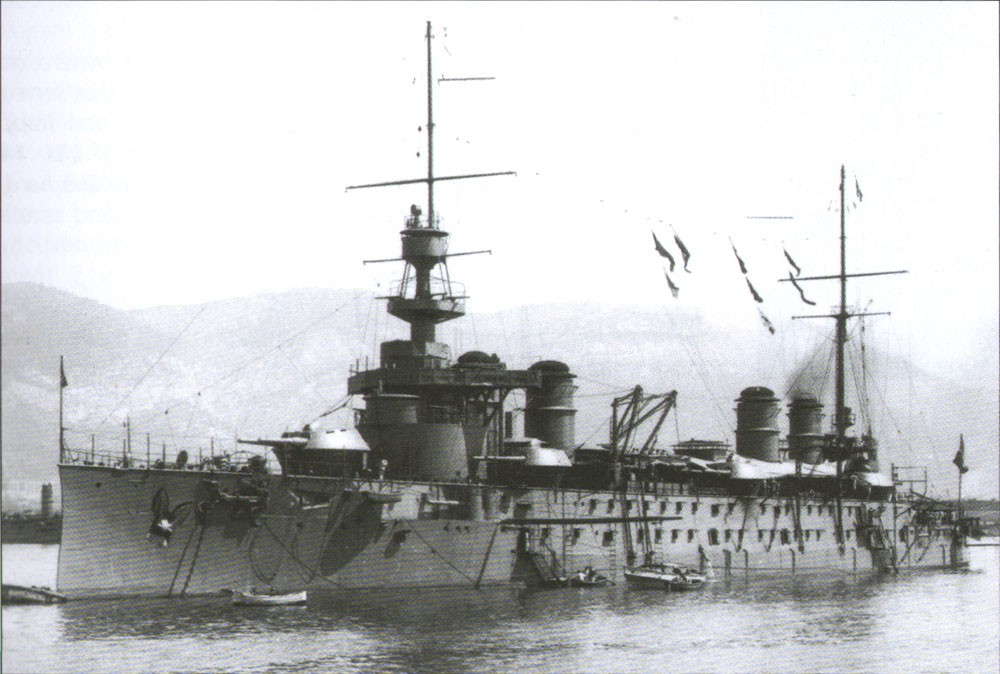 Wow, that was fast!

Very many thanks! I shall buy it now I know what it is!

Happy to be of assistance mate. Keeps my ageing brain on track.
That whiled away a few minutes.

Footnote: The lifebelt gave me a pointer. First four letters if enlarged to massive came up (after a right good look at) as L E O N
D

Just noticed that if you click on the souvenir pamphlet big the thing up, and read the first
paragraph all will be revealed.

And a bit of trivia about the fate of FS Leon Gambetta, courtesy of Mr Google.

She was torpedoed twice and sank in the Ionian Sea off southern Italy on the night of 27 April 1915 by the Austro-Hungarian submarine U-5. The latter was under the command of Korvettenkapitan George Ludwig Ritter von Trapp, later to be known as the patriarch of the Von Trapp Family Singers.

Price of Wales emblem heirloom - what is it?