Book Reviewer
Competitive trials of new types of interceptor boats to combat piracy have recently taken place in Chichester Harbour. Priority has been given to eco-friendly designs and most entries appear to run on alcohol. The methane emitted under power is said to be at acceptable levels. 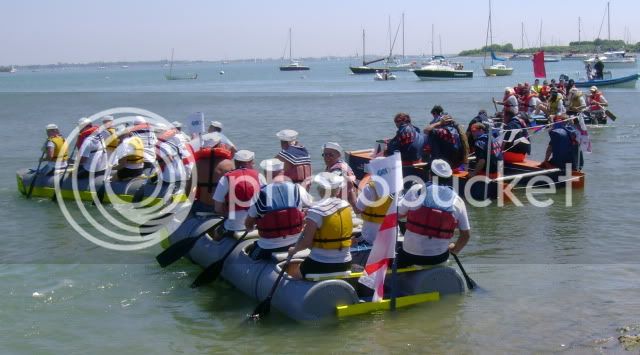 At the same time carefully screened observers were allowed a glimpse of new action clothing designed tooffer concealment in hot climates, and a decoy island which it is hoped will lure pirates into a trap. 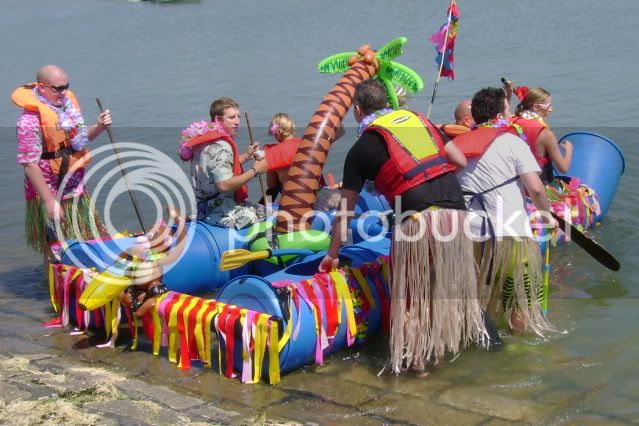 An MoD spokesman said "We are always searching for new methods to combat the Threat."

High security was in force and the HQ for this exercise had been cunningly disguised as a pub.

(Is this the annual raft race between 'The Ship' and 'The Royal Oak' in Langstone? I was at 'The Ship' and watched one of John's teams rehearsing last weekend.)

Book Reviewer
Indeed Naval Gazer you have penetrated this secret experimental station. I take it you can navigate between the Ship and the Oak.

Seaweed said:
Indeed Naval Gazer you have penetrated this secret experimental station. I take it you can navigate between the Ship and the Oak.
Click to expand...