Joint_Force_Harrier said:
RRS "Used to be done by the Navy"
Click to expand...

RRS "Now done by the RFA"

It seems the "naming by internet poll" thing is spreading...

Voting has resumed! You all must have seen this in the national press and now that that the website is back up and running, you can support our entry on the link below. Let's blow 'Boaty McBoatface' out of the water.
https://nameourship.nerc.ac.uk/?id=dshNxHzh

Super Moderator
You've only just launched it, why do you want to sink it?

That not so well known Russian Explorer who deserves a bit of recognition.

Ninja_Stoker said:
To be fair RRS Boaty McBoatface is certainly better than some of the ridiculous names chosen for warships in the past. They tend to reveal a great deal about how out of touch some naming committees have been previously. My guess is some officious individual will choose a name 'more befitting' which will totally invalidate the unofficial poll. That said, the article is in the Mail, so it carries the caveat that the truth must not get in the way of a story.

Some other names in the article were were RRS Pingu and RRS Usain Boat.

HMS Gay Swordsman was a good one...

I posted to commemorate one of your kind, a recipient of the Victoria Cross and also an awardee of a Polar Medal. Thanks for your help!

memorialstovalour said:
I posted to commemorate one of your kind, a recipient of the Victoria Cross and also an awardee of a Polar Medal. Thanks for your help!
Click to expand...

I think you're in the wrong place if you want serious comment.

BillyNoMates said:
Should be fun on VHF voice circuits.

No one has called me lad since 1964. I feel honoured. Must dash. Got a tropical fish tank to clean before I smeg off to work for the night. 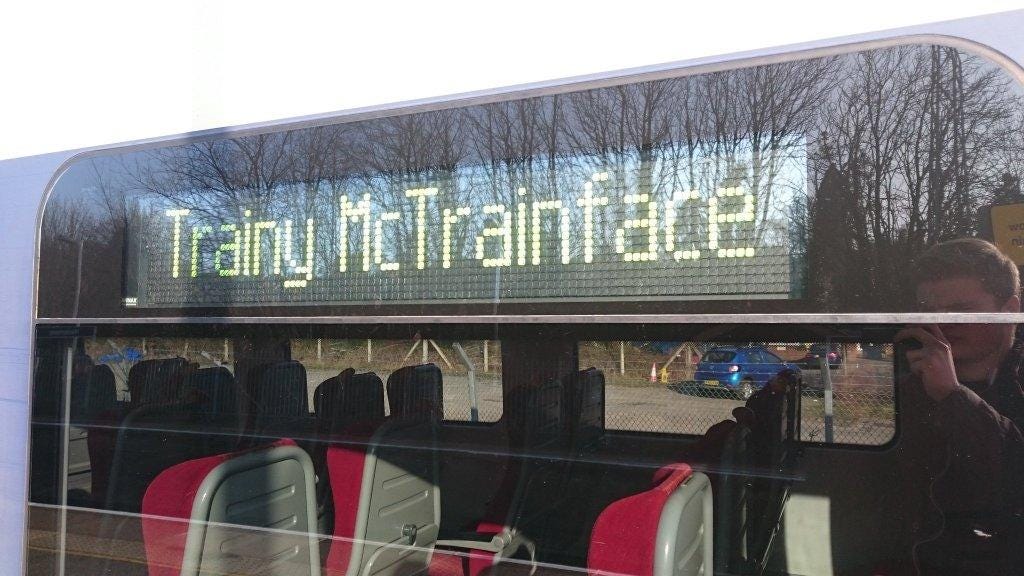 VICTORIA CROSS RESEARCH GROUP CALLS ON PUBLIC TO BLOW BOATY MCBOATFACE OUT OF THE WATER!


A recent poll by the Natural Environment Research Council asked the public to vote on the name of the £200 million polar research vessel, which will be operational in 2019, set to sail the waters of Antarctica and the Arctic carrying a team of 90 scientists and support staff. Response has been overwhelming in favour of flippant suggestions such as Boaty McBoatface, Usain Boat and Pingu which caused the survey website to crash.


Memorials to Valour launched their submission in the early days to give the ship a respectful name which would honour someone who served their country in the Polar region and so chose Robert Edward Dudley Ryder VC as their suggestion. This was lost in the unexpected popularity of the poll.


Memorials to Valour is a research group dedicated to recording all memorials to Victoria Cross recipients and wish to justify their suggestion. Paul Lee, co-founder of the group, said, “The British love their humour and hats off to the witty suggestions but at the end of the day, when the ship sets sail it needs a suitable dedication.


"Robert Edward Dudley Ryder, affectionately known as RED Ryder, was awarded a Polar Medal for his service as Commanding Officer on the research vessel ‘Penola’ on John Rymill’s British Graham Land expedition to the Antarctic between 1934 and 1937.


“To add weight to his nomination, he was awarded the Victoria Cross in 1942 for his actions during ‘The Greatest Raid of All’, the mission to cripple the German battleship 'Tirpitz' by blowing up the Normandie Dock at St Nazaire, the only dock in Europe that could accommodate such a massive destroyer. Ryder was a Royal Navy Commander and during the raid he commanded a force of small unprotected ships in an attack on a heavily defended port and led HMS Campbeltown in under intense fire from short range weapons at point blank range.”


Lisle and Susan Ryder, son and daughter of RED Ryder VC, said, “With a keen sense of duty, our father was quietly proud of all he achieved in his distinguished Naval career. He would have been humbled to see his name proposed for the naming of the new British polar research vessel. If successful, it would be a great honour and bring us immense pride to see his name remembered as 'RED Ryder VC', once again sailing upon the seas that he loved so much. He was as proud of his Polar Medal as his Victoria Cross.


“We would like to thank Memorials to Valour for helping us to be part of this fantastic vote.”


His Victoria Cross, Polar Medal with clasp and other medals are on display at IWM, London.


You can vote for RED Ryder VC with this link: https://nameourship.nerc.ac.uk/?id=dshNxHzh

memorialstovalour said:
Along with the other 87,839 sad Ninja's!
Click to expand...

Boaty McBoatface has a nice ring to it.