Ministry of Defence said:
Flight 217 of 815 Naval Air Squadron is currently deployed on board the French frigate FLF Surcouf as part of Operation Atalanta, the EU’s counter-piracy mission off the Horn of Africa.
The Lynx was sent ahead by the French warship to find the suspected pirates after the USS Halyburton, operating as part of NATO’s Operation Ocean Shield, received a distress call from a merchant vessel reporting she was under attack from 6 men armed with rocket-propelled grenades. 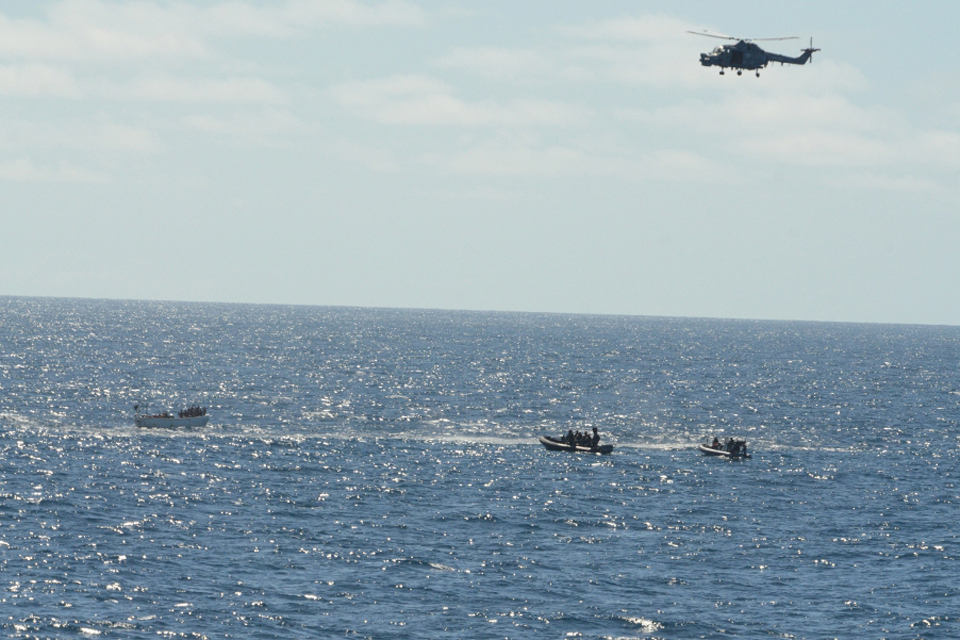 Boarding teams approach a suspected pirate vessel as Flight 217's Lynx helicopter hovers above [Picture: Crown Copyright/MOD 2013]Although the MSC Jasmine, sailing 260 miles off the Somali coast, managed to repel the attack themselves, a German EU maritime patrol aircraft was scrambled to track the suspect vessel, which was by then towing another boat with several more men on board.
The Royal Navy Lynx sped to the scene and ordered the vessels to stop while French commandos from Surcouf arrived alongside in a fast boat and quickly boarded, resulting in the suspected pirates swiftly surrendering.
Upon searching the pirates’ boats, the commandos also discovered containers of diesel and water.
All 12 suspects are now being held on board FLF Surcouf for evidence collection in order to fully assess the possibility of prosecution. 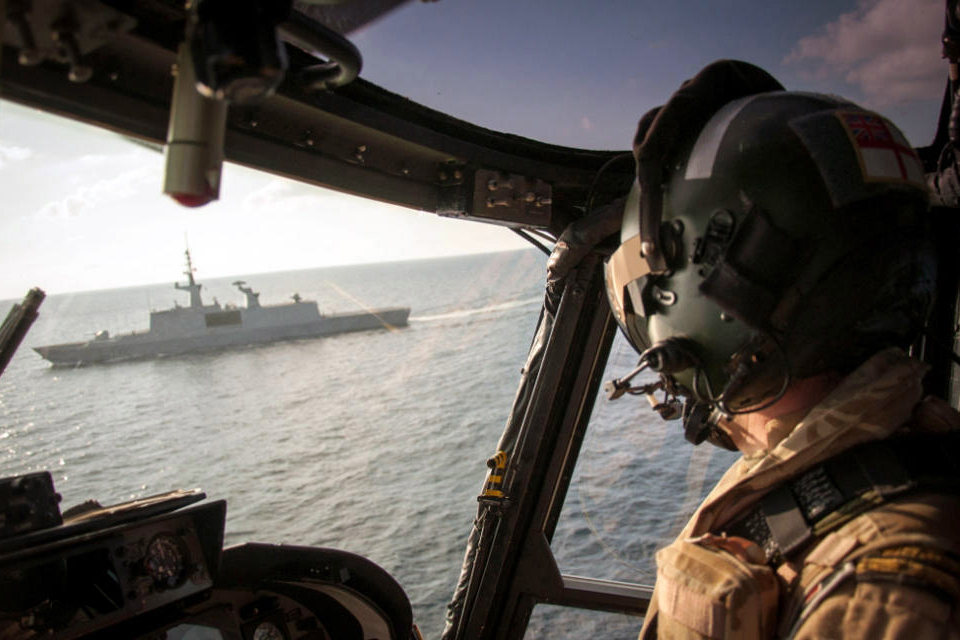 The whole operation was an excellent exercise in teamwork, with the US ship and Surcouf co-ordinating their efforts, including both units’ helicopters, to successfully track the 2 suspect vessels.
​
Our Lynx actually performed the ‘stop’ and support to boarding of both the suspect vessels and provided airborne support to the subsequent boarding operations. It was a long and tiring day that began before dawn, but by the end of it we were proud of a job well done; the procedures and routines we’d practised so many times worked extremely efficiently and by nightfall we knew we had played a large part in the successful apprehension of a dozen suspected pirates.
​
The deployment of the Royal Navy’s Lynx on board the Surcouf is the first of its kind as part of the terms of the Lancaster House Treaty. Under this the UK and France agreed military co-operation to assure their international commitments and strengthen their capabilities.