Is there any truth in the rumors about RNR having a role crewing/supporting OPVs in the near future?
J

Back in 2011, the FR2020 commission recommended the NSC look into using the MR for coastal security: "Amongst a number of recommendations that the Commission makes, the most significant for the Maritime Reserve is a proposal that the National Security Council should examine the scope for them to contribute to new tasks, including UK coastal security and domestic resilience."

I must confess I haven't heard much solid information on it since then; I do read the various white papers on the MR future that come out, but I could well have missed this. I do note that the new OPVs "are designed to deploy globally, conducting anti-piracy, counter-terrorism and anti-smuggling tasks currently conducted by frigates and destroyers", which certainly doesn't sound like UK coastal defence, but this is pure speculation on my part. Maybe someone else has more solid information.

Moderator
Nothing heard beyond FR2020 with regard this seemingly obvious but stiffly ignored potential.

It amazes me the RNR don't conduct exercises with the emergency services, or at least contingency planning table-top exercises, for coastal incidents such as ships running aground and necessitating rescue, salvage and environmental damage containment & limitation exercises. It has long been known terrorists have considered sailing the maritime version of a car bomb into commercial ports with huge potential to cause a major CBRN disaster of epic proportions. If nothing else, it would help establish communications and an awareness of resources & capabilities.

Wearing another hat I sit on a council "Local Resilience Forum"; we usually have a Col from Horse Guards at the meetings representing the MOD and conduct exercises both table top and full scale a couple of times a year. But I have yet to see any troops deployed to these. The main players are usually the Health Service, First Line Emergency Services, and the Volunteer organisations such as RNLI and Red Cross.

With the change in RNR deployment ability it may be something that should be looked into. Currently most councils look to the Army for support if required, and that is usually sand bag filling or transport.

I've heard the older OPVs may become RNR vessels for the roles described by JNN.

It was discussed on here previously. The official RNR line is that it'll all work peachy. I'm sure someone will be along to castigate me soon.....

alfred_the_great said:
It was discussed on here previously. The official RNR line is that it'll all work peachy. I'm sure someone will be along to castigate me soon.....
Click to expand...

I'm sort of torn on this one. Modern reality is that with the training requirements today, I don't see how you could get someone who hadn't qualified in a full-time role into crewing a working OPV unless you mobilised them for the necessary training and then mobilise them again for a decent patrol, and it starts to leave you wondering why you aren't using the regulars if you want an ongoing, enduring manpower liability (rather than a surge stored behind a panel saying "BREAK GLASS IN CASE OF NATIONAL EMERGENCY")

There used to be a time when keen RNVR lieutenants who hardly needed to shave, were charging around commanding Fairmile D MGBs dealing out enthusiastic bucketfuls of fully-automatic, high-explosive death and devastation to the King's enemies wherever they could be found; but there was more tolerance for learning on the job and more acceptance that mistakes could happen, back then (and it was also during a war of national survival, which focuses the mind rather more than in peacetime)

I've no real problem with mobilising people for the training. The training requirement isn't RN specific, it's MCA mandated (and the RN have promised to oblige by MCA regs).

Proper war is significantly more easy than resource constrained peacetime*. In the latter we want lots of experience to make sure there are minimal problems, but then we realise that experience has a cost in terms of time and money.

*Although I will note Alanbrooke's diaries contain hints that this kind of process stuff happened in WW2 as well!

Having heard nothing at all about it beyond rumors. Taking into account that a River class currently eats (at first-order approximation) 11000 man-days a year in crew, to crew one entirely with reservists, this would require a rotating crew of 460 reservists to get the number of man-days in a year without mobilising anyone, assuming you could find enough people happy to be doing it during the working week instead of their day jobs. Just how competent you could be when you do this for 24 days spread over a year is another question (and given that the OPVs are deliberately designed to operate well away from UK waters, crew rotation without mobilisation becomes simply impossible). Without mobilisation, the numbers just don't add up for giving the RNR a permanently active UK coastal patrol role.

It could be done with mobilisation; I suspect the churn rate in that branch would be horrific once people had gone round once or twice and realised they were going to be spending a sixth of their working life away from their day jobs (assuming that branch got mobilised for six months every three years), but possible if there's some kind of massive charm campaign companies won't mind having someone away for six months every three years. I know that it would seriously affect my chances of promotion at work, and all the interesting work would go to people who weren't going to vanish (and skillfade) for six months.

As JRW says, if you want a permanent capability, it's for the regulars. The old MW role of the RNR was not permanent; it was on standby for the Soviets deciding that actually they'd quite like West Berlin as well. We could maintain a patrol capability in the same vein, but it would seem an awful waste of hulls in an age when we really do need these ships to be out and about doing things far more cost effectively than our current approach of chasing go-fasts with a T23.

Of course, RNRs could slot in individually here and there as needed, but that's what happens already; no step-change there.

My prediction; the NSC took on board what FR2020 said, considered it as they were advised to, and decided it just wouldn't work. As far as I know, there is no official line; it simply died a death before it got to the point of needing an official line.

Of course, I could have simply missed the memo.

@SimpleReservist won't like you @Jailed Nuns Now ; you quite obviously haven't got the memo.....
A

Assisting the manning of the "old" OPVs when the new OPVs come on line is something our great and good are investigating. The new mobilisation regs have not been brought in to allow the RN a get out of jail free card to mobilise the RNR to fill gaps left right and Chelsea. However there are a number of ratings, and officers in the RNR (granted, not fasands of 'em) who's employment status would lend them to be available to fill some of the billets in the "old" OPVS. And with a larger than normal presence in those (or that single) vessel, the RNR will be able to ensure that the ship(s) lean towards more training time for the whole RNR. Time at sea is what our young sailors want, just ask any of the 123 who were embarked in HMS WESTMINSTER and RFA ARGUS this last weekend!
It won't be perfect, but it will be better than what we have now.
E

I still expect the 'old OPVs' to be sold to Bangladesh or some such.

No need for the RNR to worry, they can keep being superfluous and enjoy their little hobby without fear of sea time.

ElQuesoGrande said:
No need for the RNR to worry, they can keep being superfluous and enjoy their little hobby without fear of sea time.
Click to expand...

Ladies! Please leave all RNR/RN oneupmanship at the door or seattle any diffrences of opinion outside with the Wardroom Revolvers.


Back on topic.
Will be intresting to see how the OPV situation develops.

ASDIC said:
Time at sea is what our young sailors want, just ask any of the 123 who were embarked in HMS WESTMINSTER and RFA ARGUS this last weekend!..
Click to expand... 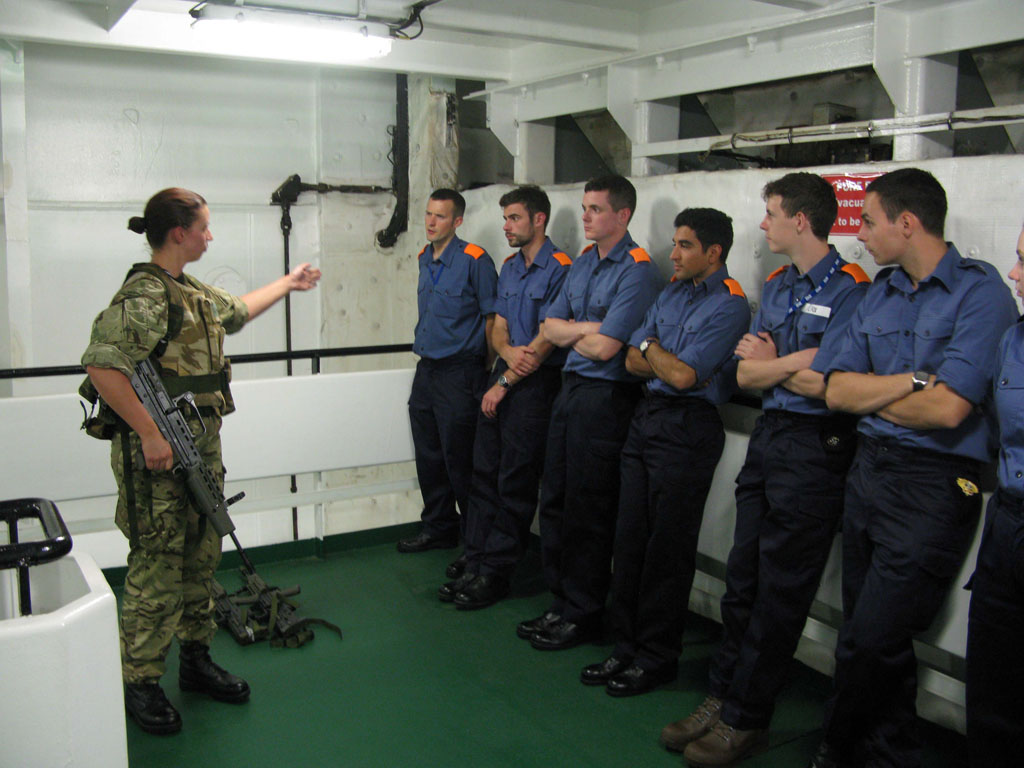 Who on Earth thought this was either desirable or feasible? Surely a better idea would be to use Reservists to alleviate the demands on ships' personnel between deployments that is causing the retention problem?
S

Sparkplug
The new mobilisation legislation will allow for mobilisation of reserves to back fill gaps in the fleet, however it has not been designed specifically for this purpose, and the RN would get put on the naughty step if it routinely mobilised to fill gaps. Not my call, the call of those who pass our laws.
S

Do all mobilisations have to be six plus months? With some intelligent planning, could not a cadre of personnel be provided for ships needing personnel to help with tasks x, y, or z whilst AB Bloggs goes on a career course or LS Anon has some harmony time ashore.....
P