For those of us who have served at Portland air Station. Closed for a while now, this is what it is today. A sailing Academy, building site and luxury yacht makers.

Took the camera with me this afternoon whilst walking the hounds and took a few snaps of the old place.

Runway and new Coastguard hanger. (Helo was airborne at the time). The hanger was built after the closure of the naval site with separate funds. 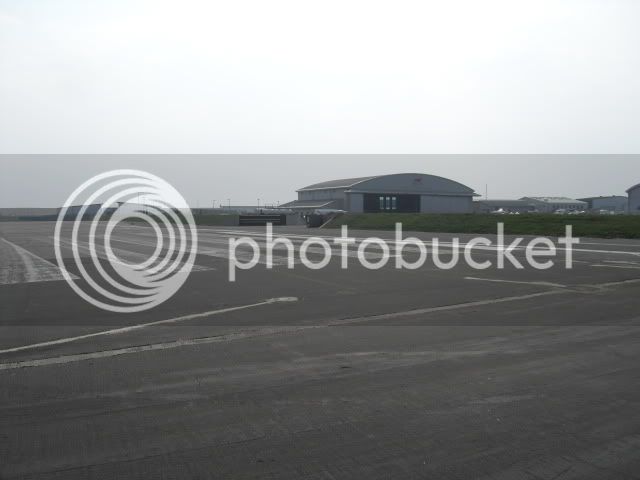 Where 771 and later, 772 Squadron hangers and offices where. Now single structure, Centre) stands in the middle of the space. To the left is the Admin building all boarded up with the glass ATC tower still intact. Behind the Admin block is the modernised senior ranks mess all adorned in green glass. (To reflect the extortionate price of these dwellings). 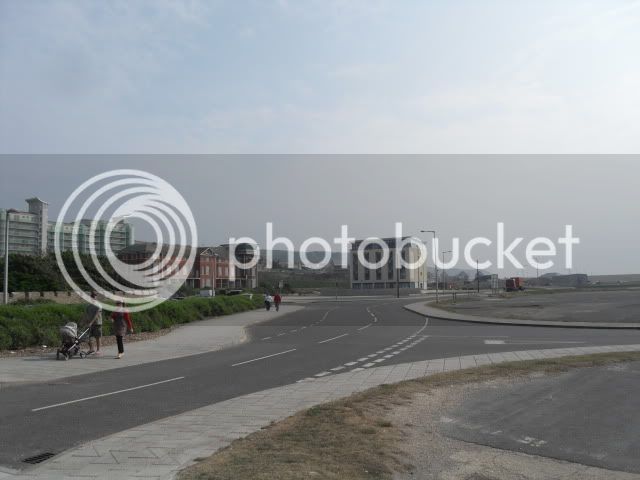 829 Squadrons old hanger in foreground with the 'main' hanger off to the left. A huge 'Sun Seekers' logo now emblazones the side of 829's hanger. A huge sling with gin palace behind now stands where once rows of Wasps would park. 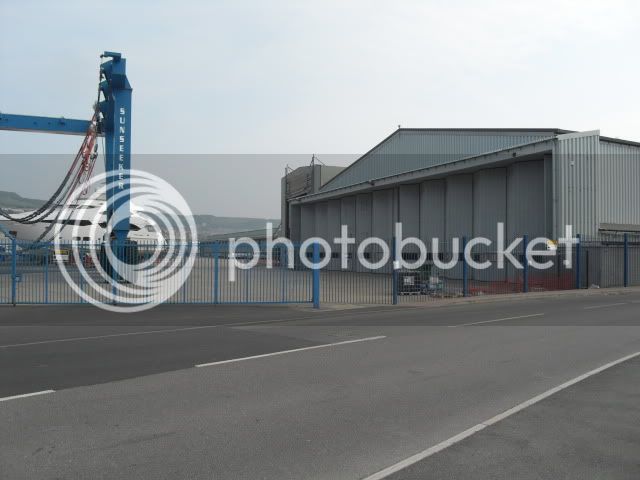 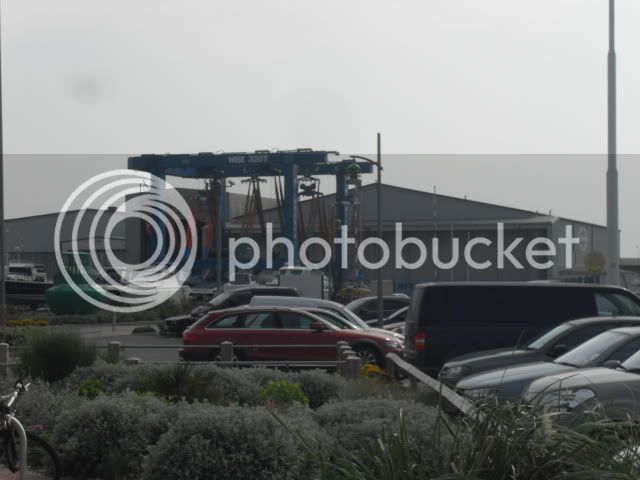 Taken behind 829's hanger, Air Stores can be seen in the centre of the pictures ans the sand coloured building. The dope shop and main hanger also still visible. The Portland stone covered surface is the site of some of the storage tanks that ran all along the causeway. Now all gone. 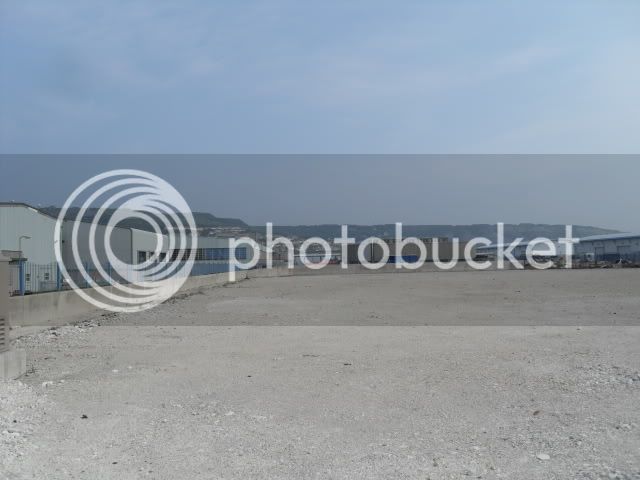 Main hanger from the south looking north towards 829. Chockheads note the absense of the fire station, it was one of the first to be knocked down under the new construction. The runway and MCA buildings are fenced off as you will see. 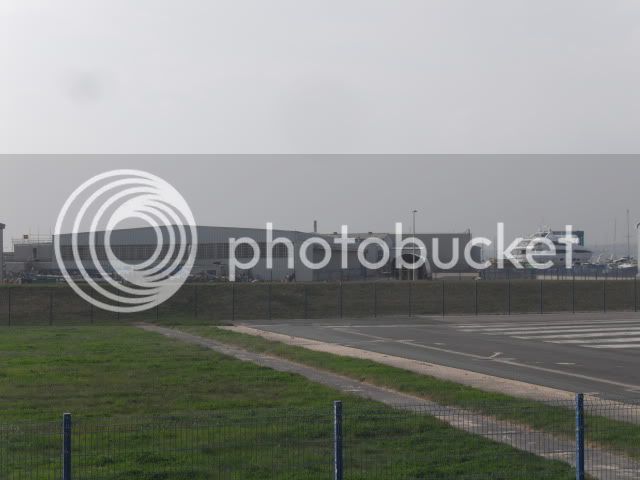 The boarded up Admin building again with the SR mess overlooking it. In the foreground the space in front of the Admin block is where 771/772's hanger was. 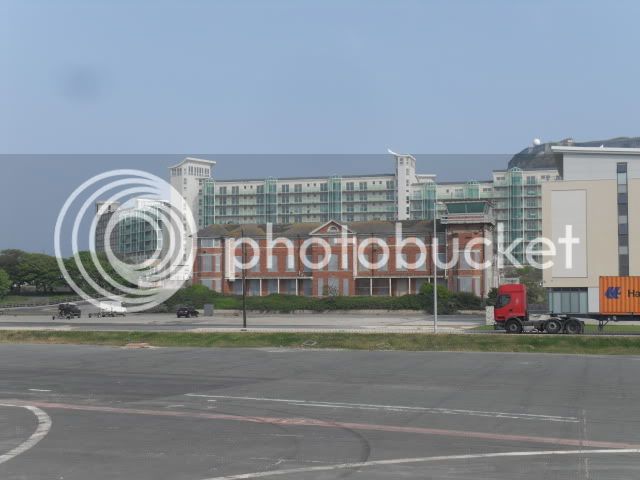 Final picture is showing the incomplete officers accommodation to the left of the SR's mess. It is still a concrete shell and has still to have any serious construction work started on it. 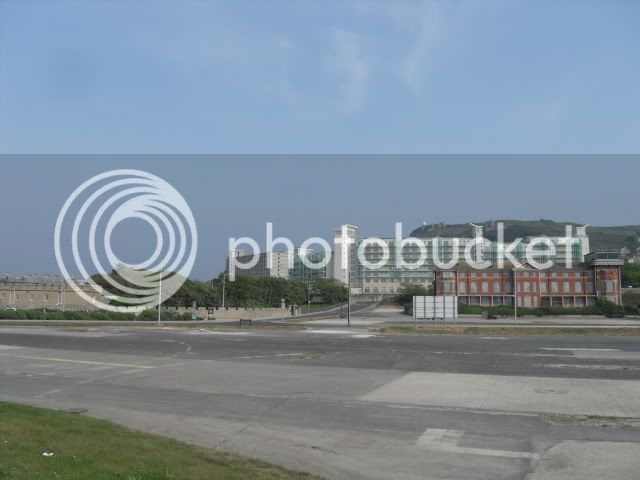 One thing I looked for but couldn't find was R3Hard! I thought with having 829's hanger as a datum it would be a piece of piss but it is all lost in concrete and Sun Seekers launching paraphernalia. Even the dolphin just off R3Hard has gone. The Olympic Sailing Academy is on the site of the fire pits and the 'new' (to me) site of the Fleet Target Group, (FTG). It used to be sited in the dockyard at one point before moving to the airstation sometime late 70's or so.

Lots of new businesses cropping up, most sail related and a mega expensive coffee house, The Boat That Rocks, take plastic if you pop in for a cuppa!!!

Not quite as emotive as the Ganges site, but Portland and in particular the air station represented some 15 years of my 24 years served.

Thank you so much for these amazing picture....when we come back for a visit next year its definately a place we're going to visit as 829 was where I spent the majority of my (very short) time in the Andrew.
Thanks Waspie

Yep same for me Waspie... can just make out where the old 771 Sqd Hangar and the old 829 Sqdn hangars are ... suppose that area behind the 829 Sqdn hangar on your photo was where the Blue ship flight portocabins stood. Think the Sea King Hangar i was last on 737?? has been flatened. Remember it being the newest building on the airfield.
Last edited: Apr 30, 2011

scouse said:
Yep same for me Waspie... can just make out where the old 771 Sqd Hangar and the old 829 Sqdn hangars are ... suppose that area behind the 829 Sqdn hangar on your photo was where the Blue ship flight portocabins stood. Think the Sea King Hangar i was last on 737?? has been flatened. Remember it being the newest building on the airfield.
Click to expand...


Scouse, 737 or the 'Sea King' hanger is the long low hanger to the left of 829's hanger and to the right of the HUGE gin Palace.

The buildings that have gone are the south side hangers, 771/772 and the very old ships flight hanger circa 1969 which was actually demolished in or about 1970. 771/772 squadron buildings including old Aircrewman school behind 771. (The portacabin city). Grovers Building, which was the PTI's place which then became part of airfield training department, (housed the Recognition training classrooms and graphic design department. - Where the Wrens worked their magic on view graphs, (pre computors for you nerdie types). The newer classroom/offices that were stuck onto the right side of the main admin building - demolished.

The Fire Station on the North side of the runway, Boiler house and Wessex 3/ Lynx simulator buildings. All the fuel tanks, the sunken areas they sat in all filled in and levelled off. All the buildings north of 829's hanger - all gone, Crash and Smash, Fuel Section, FTG etc. Gone!!

Replaced by small boats - hundreds of the bloomin' things.

Thanks Waspie for a trip down memory lane.
It was good to see that the old Fleet club (The red brick admin building) is still standing. I did my killicks board there in 1961.
Happy days!!

Thanks very much Waspie
I spent many times at the old fire house out on the main road,and the fire house on the airfield in the 60,s and 70,s.
Met the wife there in the 70,s when she served behind NAAFI Bar. All our kids born in Weymouth, lived in Weymouth all our married life till coming to spain on retirement from Civvy Street. Very Nostalgic Pics, but to a silly old git like me "It just dont look right".
fred