"HMS Raleigh’s physiotherapist, Cherry Powell, is on a mission to raise £2,000 to secure her place in this year’s London marathon.

The 55-year-old runner is one of five chosen to run for Walking with the Wounded; a charity that supports Armed Forces veterans and their families.

She said: “Working at Raleigh with the military, I see the difficulties some people can face returning to civvy street and the charity helps people on their way. I’m also a veteran myself; I was in the Royal Air Force, so veterans’ charities are close to my heart. I was absolutely delighted when I got the email to say I’d been given a place in the marathon. I’ve tried to enter through the ballot before so to get a place and be a member of such a small group, I feel quite privileged.”

Cherry, who is a member of the Plymouth Musketeers running club, is no stranger to long distance running. She has completed eight marathons, the last one being the Giants Head, a challenging, hilly, off road run, held in Dorset last year. This will be Cherry’s first attempt at the London Marathon." 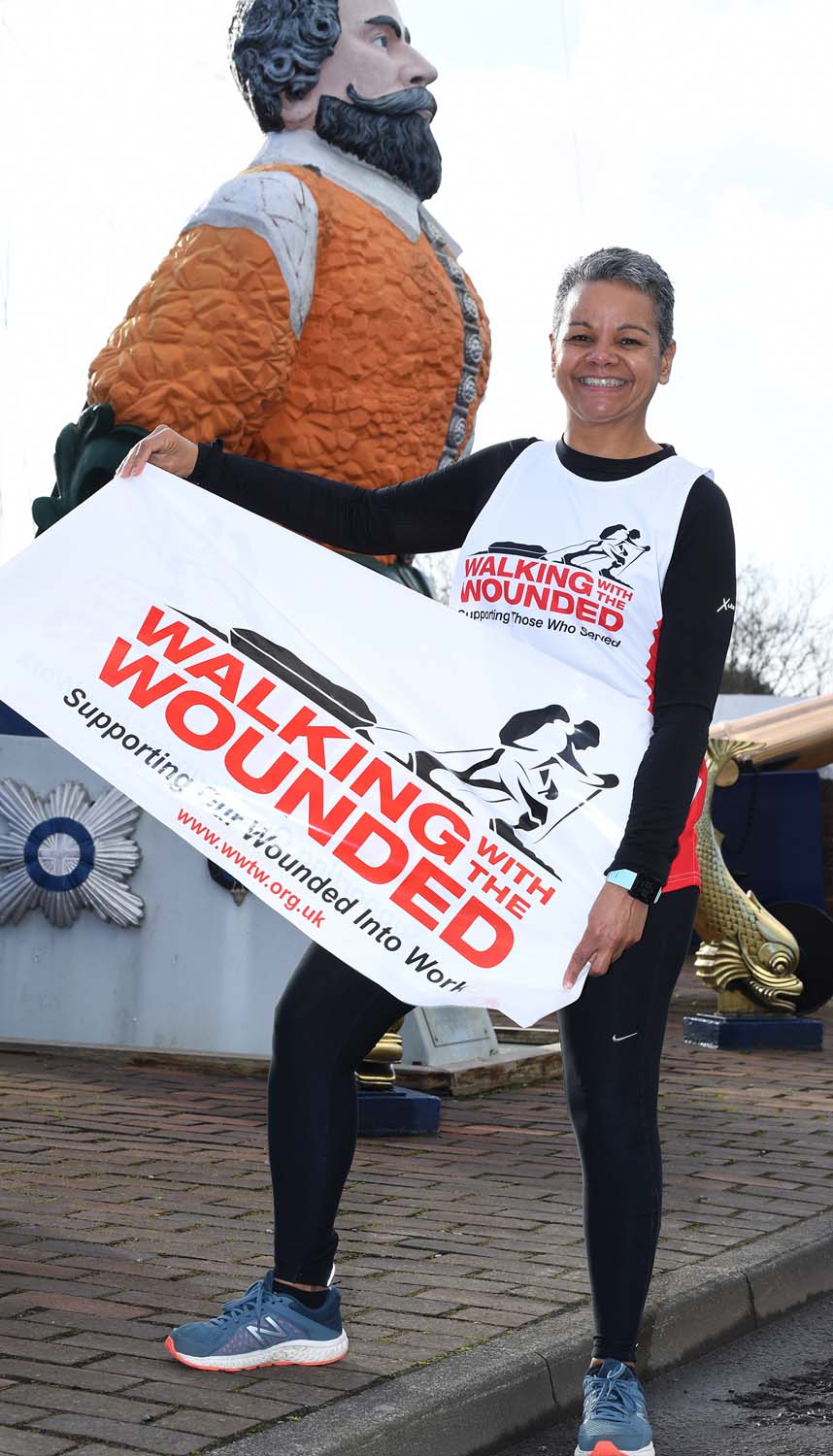 HMS Raleigh’s physiotherapist, Cherry Powell, is on a mission to raise £2,000 to secure her place in this year’s London marathon.

FB: HMS Raleigh - A New Recruit By The Name Of Raleigh

Speech: Charities and the power of place: the Commission’s new strategy and what it means for community foundations.