RN MCDs to deal with unexploded shell in Norfolk

Jack_McHammocklashing said:
I hope they do a better job than the last one when they LOST it

Alright, I'll bite . Do you mean this wartime German 500 kg SC bomb that temporarily went astray after being towed a safe distance from the seafront at Felixstowe in April last year? 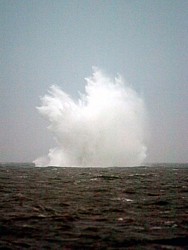 It most certainly wasn't "the last one" as RN EOD teams have since dealt with hundreds if not thousands more items of ordnance in and around the UK, in the Baltic, Mediterranean and Gulf and with the Joint Force EOD Groups in Iraq and Afghanistan. You just don't get to hear about them. Here's a US 1,000 lb GP bomb being countermined in the North Sea by clearance divers from HMS Brocklesby in May this year. It was one of six bombs she dealt with that month and she even disposed of another while on passage back to Portsmouth from Kiel at the end of June. 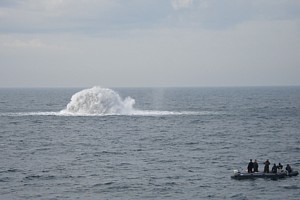 (Any excuse to show some bangs )
You must log in or register to reply here.