"A ROYAL Fleet Auxiliary chef currently serving on RFA Cardigan Bay is getting ready to celebrate his 50th year in service in the Merchant Navy, the first person to achieve the accolade in the RFA.

Chief Petty Officer Chef, Martin Etwell (65) from Newbury, joined the RFA as a “Galley Boy” in May 1971 at the tender age of 16. After working in a bakery from the age of 15, CPO Etwell always had a keen interest in being a chef, and, with the promise of travelling the world whilst doing a job he’d love, he signed up to join the Merchant Navy.

The promise of travel didn’t disappoint, and CPO Etwell spent his first 11 months away from home sailing to the Far East, including stops in Australia, New Zealand and Singapore.

"I've had the opportunity to travel all over the world throughout my 49 years in the RFA. From the Far East to the US and Caribbean and everywhere in between. I recently made it to Japan, a lifelong ambition."

CPO Etwell has also seen his fair share of combat action, serving on RFA Fort Austin as the Second Cook and Baker during the Falklands conflict, aged 27.

“After being in the Merchant Navy for 11 years, I wasn’t fazed by going to the Falklands,” he said. “This was my first taste of conflict, but we knew we had an important job to do, so we got on with it.”

After a varied career spanning almost 50 years, CPO Etwell has served on every class of RFA ship, some of which are now out of service.

“My favourite ever ship was RFA Diligence back in 2001. You always knew you were going somewhere on that ship, somewhere new. There were only 50 people on board so the camaraderie was brilliant. It was always a happy ship!”

CPO Etwell’s career hasn’t always been a life at sea, however. Between 2006 and 2010 he laid down roots at HMS Raleigh, the Royal Navy’s initial training establishment, teaching new recruits as a chef instructor.

“This was a whole new challenge for me,” he said. “But seeing people come in the door who were unsure, and then seeing them come out at the end, it was really rewarding to see how they’d grown.”

“Now I even work with one of the recruits who I taught on my very first course!” he added.

CPO Etwell reflected on his five decade-long career, giving advice to anyone considering joining the Merchant or the Royal Navy: “It’s a good life, camaraderie is great and it gives you a chance to go wherever you want to go, in any direction.”

Looking towards his future past his career in the RFA, CPO Etwell is hoping to continue working as a chef on dry land. “I love the job, and I like to be busy,” he said. “I’m not ready to hang up the chef’s whites just yet!”" 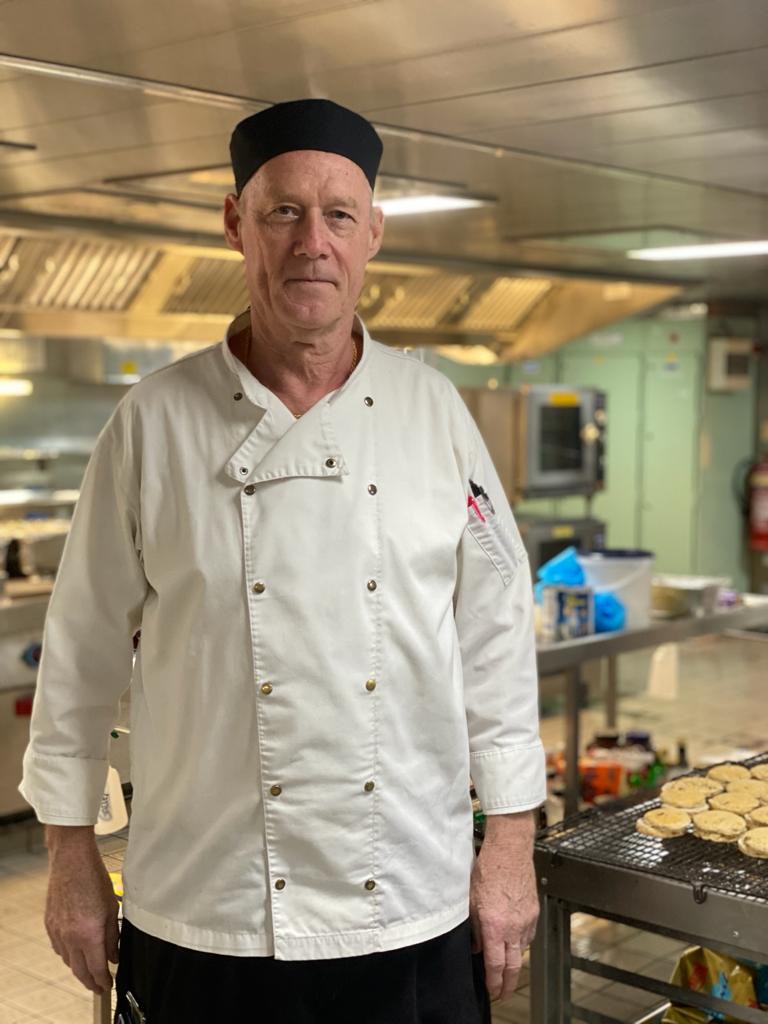 A ROYAL Fleet Auxiliary chef currently serving on RFA Cardigan Bay is getting ready to celebrate his 50th year in service in the Merchant Navy, the first person to achieve the accolade in the RFA.

Jack
You must log in or register to reply here.