Re-joining - with a twist

Super Moderator
Interesting article in the Independent about a figurehead from the Victory which was thought to be a modern replacement but turns out was actually from the original period from a decade after Trafalgar.

Now in six pieces but they have touted the possibility of reassembling and restoring back on to the ship. 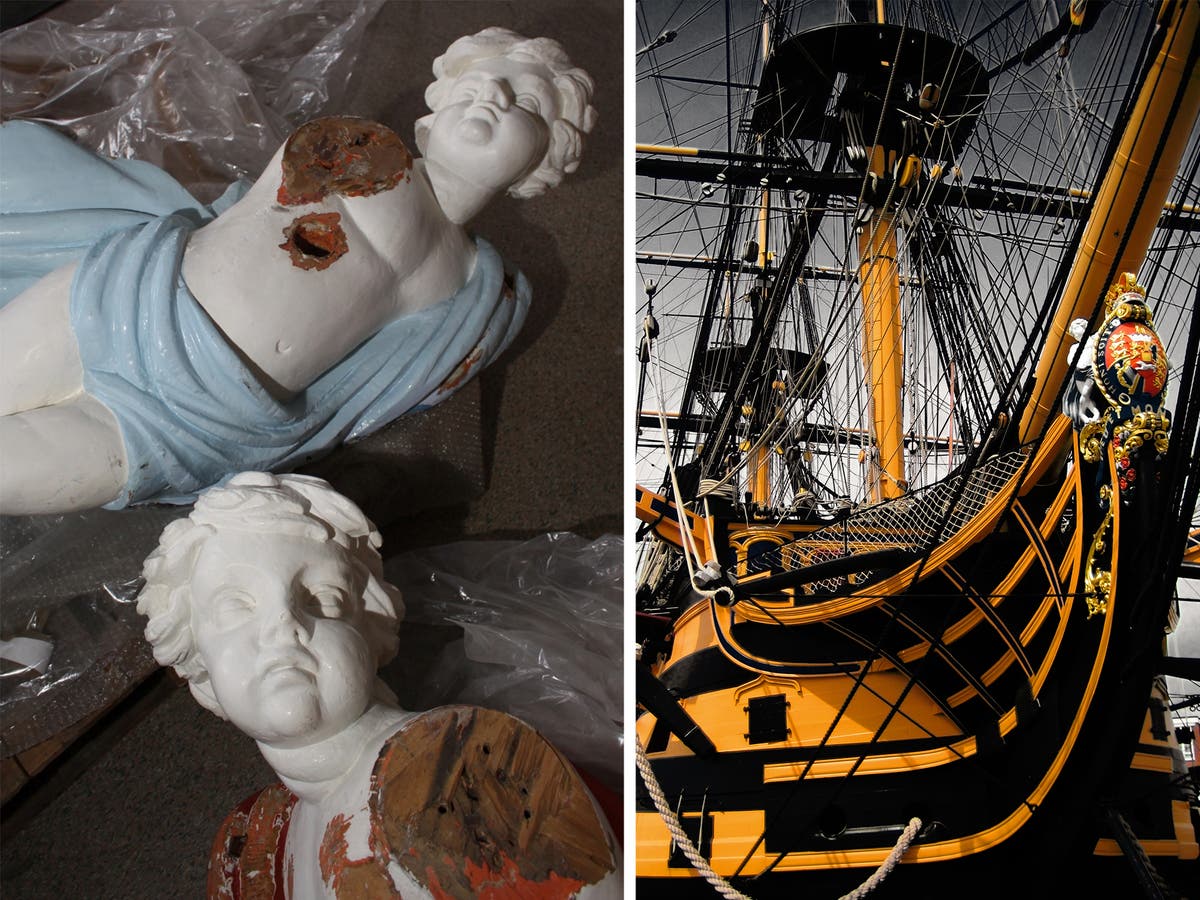 Exclusive: The 21st-century mistake that has helped reveal the sculptural legacy of Trafalgar

Express: "Sail From HMS Victory That Flew At Battle Of Trafalgar Is Tipped To Sell For £3,000"