Ministry of Defence said:
At Évreux-Fauville Air Base near Paris the aircraft will be loaded with armoured vehicles and other military equipment for transport to the Malian capital, Bamako. French forces are assisting the Malian government to contain rebel and extremist groups in the north of the country.
Officer Commanding 99 Squadron, Wing Commander Stu Lindsell, said:

We started doing some contingency planning on Saturday and we had the green light to go yesterday and so the first aircraft left within 24 hours of our initial scoping.
​ 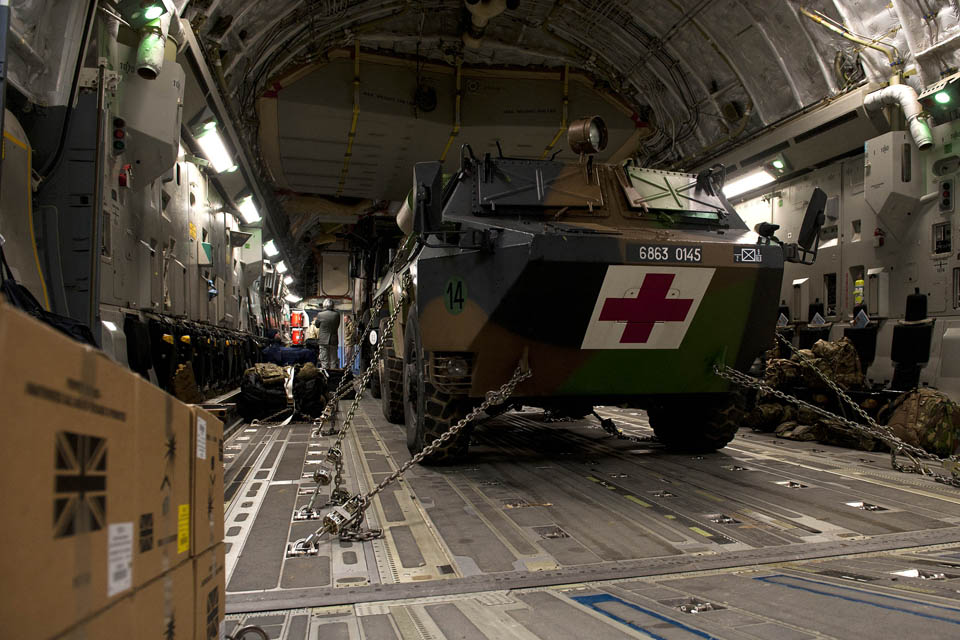 At Évreux-Fauville Air Base, near Paris, one of the RAF C-17 aircraft is loaded with armoured vehicles and other military equipment for transport to the Malian capital, Bamako [Picture: Senior Aircraftman Dek Traylor, Crown Copyright/MOD 2013]
We will be providing the C-17 logistical support as part of the UK commitment to supporting the French operations in Mali. We’ll be operating from France to provide support to the region.
​
I have been very impressed by how everyone on the squadron and the station has risen to meet the task. We often plan for contingency operations on 99 Squadron; we’re fairly used to that as part of our day-to-day operations, but everyone has been incredibly keen and enthusiastic and we couldn’t have done it any quicker.
​ 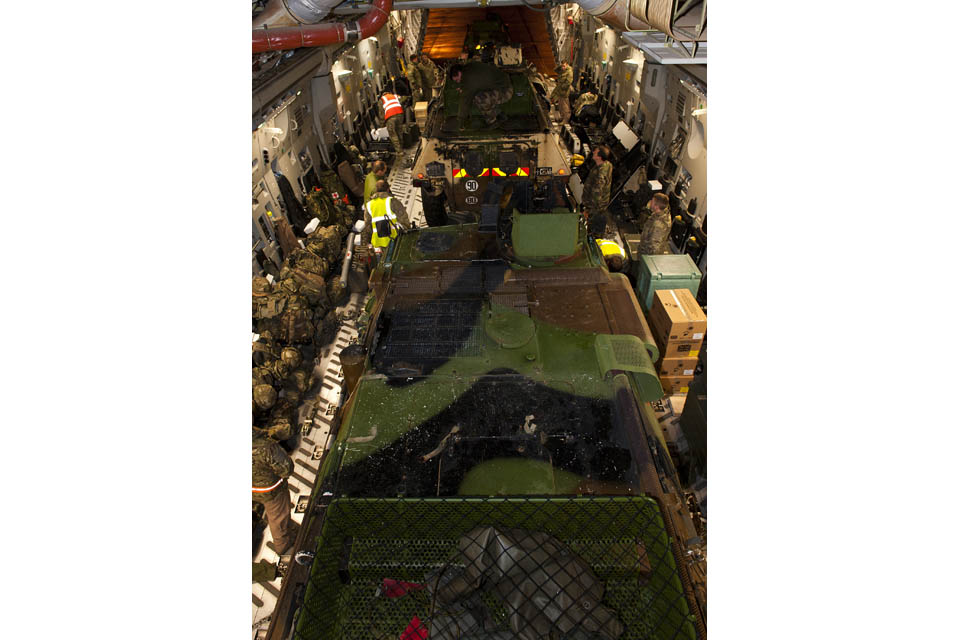 There’s a real buzz on the squadron. This is something different, somewhere different and people really want to get involved.
​
The fact another nation is coming to the UK to ask for its outsize lift capability is testament to the C-17’s reputation forged over the past decade.
​
The RAF’s fleet of C-17 Globemasters give the ability to move equipment and personnel swiftly around the world for both military and humanitarian operations. The huge payload and long range of the C-17 make the aircraft, operated by 99 Squadron, ideally placed to enable the UK Government to respond to worldwide challenges.

This morning, the BBC did its usual negative illumination job when one of the A/C went U/S Frogside.

Are they waiting for the 5* Hotel to be built?

Book Reviewer
I hope the frogs are paying the fuel, wage and accommodation bill, with a bit thrown in for wear and tear.

Are they waiting for the 5* Hotel to be built?

No, apparently an Iranian balcony.
0

Passed-over_Loggie said:
This morning, the BBC did its usual negative illumination job when one of the A/C went U/S Frogside.
Click to expand...