Arriving in the West African state, Mr Fallon met with the President, His Excellency, President Ernst Bai Koromo, at the State House in Freetown. Their meeting began with an ‘Ebola handshake’. This is a greeting now widespread in Sierra Leone where elbows are offered, to avoid any potential transmission of the disease through body contact.

Mr Fallon then visited sites where the British military have provided key support. These included the Kerry Town Treatment Unit (KTTU) where regular and reserve military medics are treating healthcare workers with Ebola; the Royal Fleet Auxiliary (RFA) Argus which deployed in September and has been providing reassurance and aviation support to the people of Sierra Leone and the District Ebola Response Centre (DERC) in the town of Port Loko. 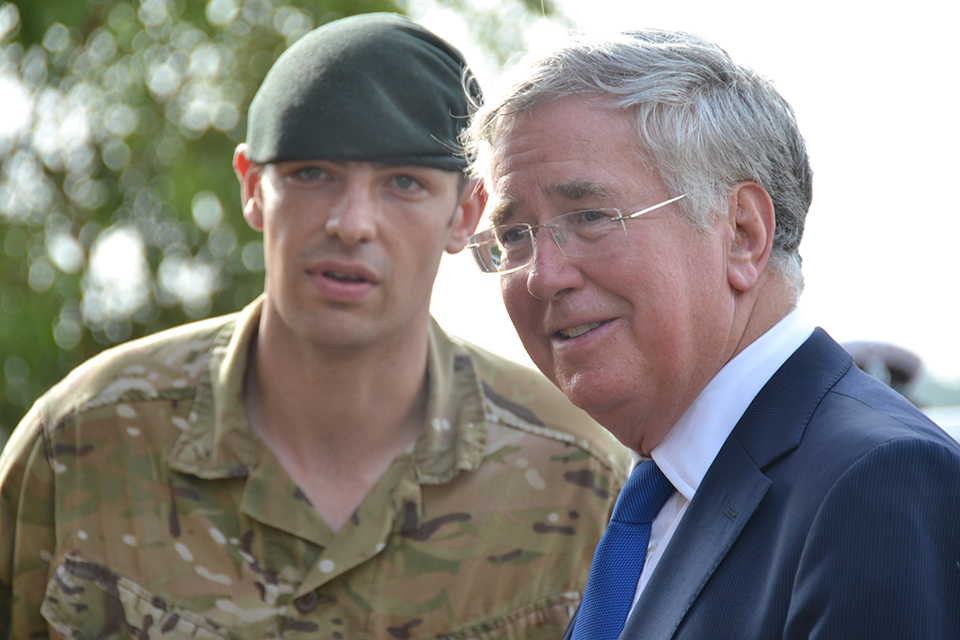 British troops stationed in Port Loko have created a command and control structure which co-ordinates numerous stakeholders, enabling progress against the disease in the district. The Port Loko DERC is one of eight in Sierra Leone overseen by the National Ebola Response Centre (NERC).


It’s been an honour to visit our troops currently in Sierra Leone and see first-hand their outstanding work. And make no mistake, what they’re doing is unique - helping to slow the spread of a deadly plague.

By working with Whitehall colleagues and international and NGO partners, our 700 service men and women have helped the people of Sierra Leone to start to get on top of this dreadful disease. We’re not at the stage of seeing zero new cases emerge but we have helped to reduce the number significantly. And I shudder to think what could have happened had we not intervened. The British people should – once again – all be hugely proud of our armed forces.
​
Continue reading...
You must log in or register to reply here.