The Single Source Regulations Office has challenged £61 million of potentially non-allowable costs, whereby contractors charge unnecessarily for goods or services that could result in savings to the taxpayer. The independent regulator has examined a number of “single source” contracts, where the MOD chooses to work exclusively with a company.

In one instance the SSRO found a defence contractor had charged the MOD £32,500 for a “charitable donation”. In other cases a company charged £34,000 for “staff welfare”, that included a Christmas party and another billed £10,000 for “entertaining costs”. The suppliers then get profit on top of these amounts.

In its first opinion, the SSRO challenged charges of labour inflation at £6 million and ‘learning curve’ of £12.9 million.

Other ‘non-allowable’ costs, such as charging to remedy faulty workmanship and bills for hotels and exhibitions have all been met by the taxpayer.


For too long single source defence procurement went without effective scrutiny, and this is precisely the sort of inappropriate expenditure that the Defence Reform Act was enacted to kill off. Through the single source regime we want to encourage improvements from both industry and the MOD resulting in better value for money for the taxpayer. The findings on military equipment in Sir John Chilcot’s report are a timely reminder of the importance of efficient and effective defence procurement and strong contract management and oversight to ensure equipment reaches the frontline commands on time and on budget.
​
The SSRO has already saved the MOD and the taxpayer £9.9 million by reducing the baseline profit rate on contracts signed in 2015/16 from 10.7 per cent to 10.6 per cent, and £3.5 million based on the first four contracts we’ve had in using the 2016/17 rate of 8.95 per cent.


We currently have a further £61 million of potentially non-allowable costs charged by contractors which we have challenged,
​
Mr Tucker said.


This amount of money could pay the salaries of over 2,000 corporals and sergeants or fund nearly 4,000 service personnel to buy a home through the Forces Help to Buy Scheme.
​
The SSRO’s Interim Compliance Statement, published today (14 July), found that contractors’ conformity to the regulations has been “poor”.

Using a traffic light system of Red Amber Green, the SSRO found that six out of eight indicators flashed up ‘Red’. One indicator reports that only 9 per cent of MOD contractors’ reports provided the required information.

The quality of information submitted remains a “serious concern” with “incomplete calculations, facts and information”. 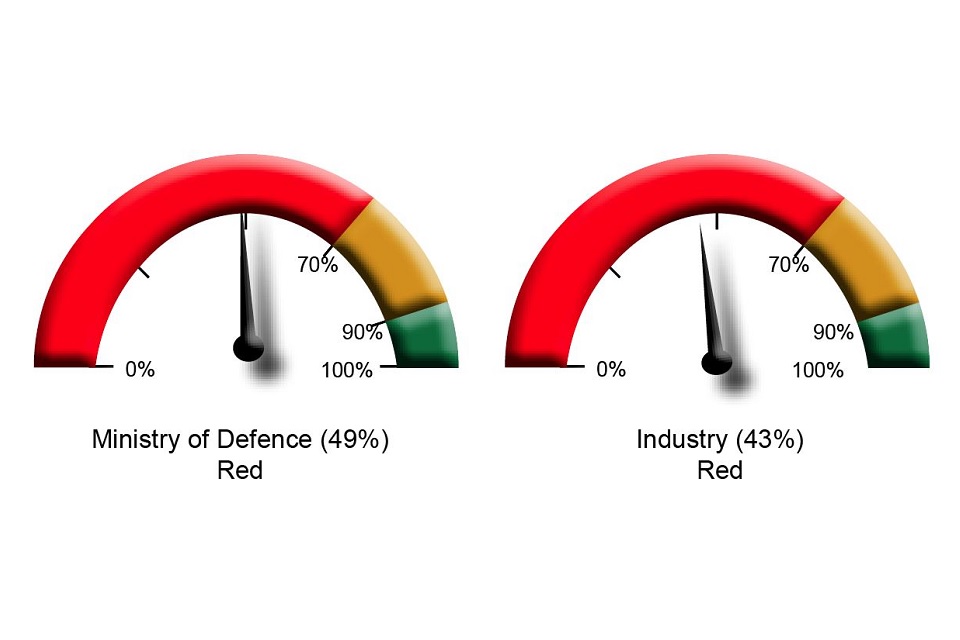 The report said: “This does not always reconcile to other supporting information received. In many cases contractors fail to provide the required information on metrics, outputs and defined pricing structure.” This means the SSRO is unable to determine if an item is legitimate.

The MOD also faced criticism for failing to notify the regulator of new contracts within the correct time frame.

The report concludes that more has to be done by both defence companies and the MOD’s procurement agency (DE&S) to comply with regulations.

“Clearly significant progress is still required by contractors and the MOD to increase compliance.”


It should be noted that this is an interim statement. We would like to give industry and DE&S a chance to improve performance before we publish our final compliance report in which we will name parties failing to comply.
​
In its first ‘determination’ published in May 2016 the SSRO recovered £1.3 million from Rolls Royce’s Hawk jet contract over marketing costs and an “overstatement of risk of future cost variation”.


Contractors have usually been willing to remove any non-allowable costs we identify. This binding determination showed that if contractors don’t follow the guidance, we are able to come to our own decision.
​
To date the SSRO has been notified of only 34 single source contracts to oversee, which is considerably less than it had expected.

A copy of the full report can be found on our website.

Press release: Regulator cuts over £1m from Rolls Royce contract with the MOD