Ongoing and planned engagement with schools and colleges in Wiltshire, Somerset and Cornwall is helping to highlight numerous engineering opportunities within the highways industry and inspire young people to consider engineering as a rewarding career.

Next week the company will be involved in a bridge-building exercise with pupils from a Somerset school. The team behind the A303 Sparkford to Ilchester dualling scheme will visit Countess Gytha Primary School in Queen Camel on 23 November, helping Year 6 pupils to design and build K’Nex bridges as well as giving the youngsters an insight into the design of the route and what animals have been found during survey work.

Hannah Sanderson, Project Manager for the A303 Sparkford to Ilchester scheme, said:


Highways England is very focused on inspiring young people to consider engineering as a rewarding career.

It should be a fun experience for the youngsters, and we’re really looking forward to taking our branch of engineering into the classroom.
​
Responsible for improving, managing and maintaining England’s motorways and major A roads, the company is working with schools and colleges across the country as part of the Year of Engineering campaign.

By bringing young people face to face with engineering experiences and role models, the campaign aims to showcase the creativity and innovation of engineering careers and widen the pool of young people from all backgrounds who are willing to consider the profession.

Maria Madeley, a primary teacher and science co-ordinator at Minety School, spent a week with the company earlier in the year, gaining an understanding of the engineering and geotechnical work around structures and roads across the strategic network.

This enabled Maria to build a curriculum around road building for her Year 5 and Year 6 pupils. And after Highways England spent a day teaching the children about smart motorways, bridge building and the geology of rocks, it culminated in a British Science Association-funded How Real Stuff Works event at Malmesbury School. 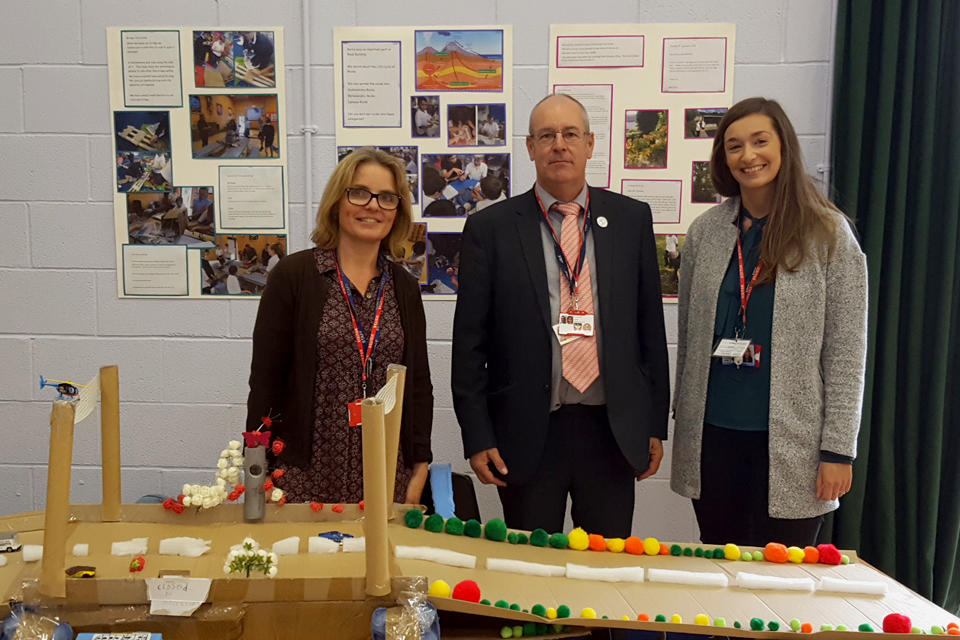 Elsewhere, the team behind the A417 Missing Link project engaged three Gloucestershire schools in chocolate-based STEM projects recently, while earlier this year the A303 Stonehenge project team met with Amesbury Primary School pupils, educating the children about the company’s environmental and archaeological work, as well as safety and engineering aspects of the proposed scheme.

Esther Gordon-Smith, the team’s legacy and benefits lead, also took part in Wiltshire Council’s Science and Engineering Fair last month, delivering a ‘STEM serves society’ presentation to teachers and school leaders. The A30 Chiverton to Carland Cross team are also seeking to build relationships with schools and communities alongside the route in Cornwall, and have just launched a STEAM (Science, Technology, Engineering, Arts and Maths) initiative.

The schools’ outreach programme is designed to engage children from four to 18 in fun, hands-on activities.

Any schools interested in receiving a STEAM visit, can email: [email protected]

For more information visit the Year of Engineering website.

Press release: It's showtime! Helping pupils set off on the road to STEM careers

Press release: School gets smart makeover thanks to M6 workers