In an effort to break the stalemate on the Somme, the British attacked the positions of the German 28th Reserve Infantry Regiment at Flers–Courcelette with 32 tanks. Although the results of the attack were mixed, it revealed the potentially decisive role of tanks on the modern battlefield.

Ever since 1916, armoured vehicles have been a key part of modern armies and their design has been evolutionary, not revolutionary. As new technologies change the face of modern warfare, what does the future hold for tanks? Do they have a role on the battlefield of the future? Experts from the Ministry of Defence’s Defence Science and Technology Laboratory (Dstl) are looking at what the future holds not just for tanks but for all armoured fighting vehicles (AFVs).

Modern technologies mean that future armoured vehicles could be very different from the heavy tracked vehicles in service today. For example:


Dstl is continuing work to explore the nature and design of future vehicles, including very light, agile and networked vehicles exploiting long range sensors and weapons for survivability, new configurations to provide maximum protection to the crew, optimising designs for urban operations and the increased use of automation to reduce crew numbers or minimise exposure of the crew to threats. These studies are building on years of experience and work with industry.

One view of the future of armoured vehicles comes from recent studies under the Future Protected Vehicle Capability Vision, looking at light and medium vehicle concepts. For example:


Not only will the coming generations of armoured vehicles look different on the outside, they will look different on the inside as well. Crew compartments in the first tanks were cramped, uncomfortable, noisy, badly laid-out and poorly ventilated. Today we understand the importance of ensuring that the crew compartment is comfortable and well designed, incorporating cutting edge technology. Dstl is working with industry to study how the vehicle crew station of the future is likely to be radically different from those in current vehicles, using advanced display technologies, augmented reality and advanced data management systems to enhance battlefield performance. 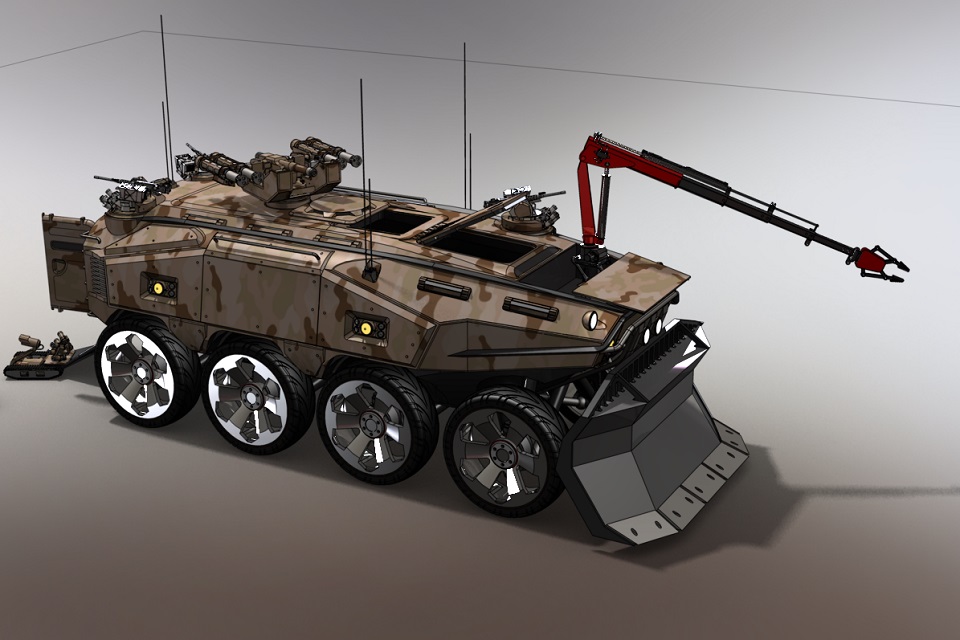 “Dstl’s work will ensure that we are able to make informed decisions about the design and capabilities of our next generation of armoured vehicles. This will ensure that our Armed Forces have the best possible equipment.”

Dstl is working closely with the military to understand their developing requirements to inform the work required to ensure that the coming generations of armoured vehicles meets their expected operational needs.

The UK’s current generation of AFVs, the Challenger II Main Battle Tank (MBT) and Warrior Infantry Fighting Vehicle (IFV), is due to be phased out of service by the middle of the century. Although this is many years away Dstl’s work will ensure that the fighting vehicles of tomorrow utilise the latest technologies and meet the military’s evolving operational requirements.