Press release: 100 years of defence operations at Porton Down

In early 1916, 3000 acres were bought in the Wiltshire countryside, in response to the first use of chemicals as weapons by the Germans the previous year. Today the threat of chemical weapons remains and the Defence Science and Technology Laboratory (Dstl) still uses science and technology to tackle this threat.

It now owns more than 7000 acres to carry out its work for the defence and security of the UK, which includes chemical detection, forensic analysis and developing protective clothing for the Armed Forces.

In 1918, the importance of the work being carried out was recognised by King George V, who visited Porton. 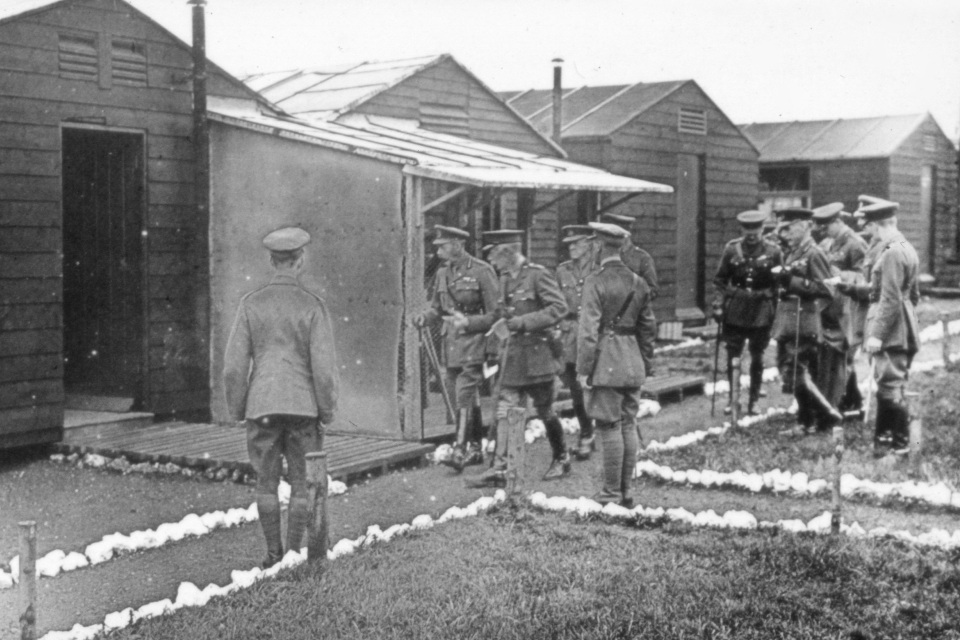 
Over the past century, the UK, our Armed Forces personnel and our citizens have all been made safer by the work conducted at Porton Down. With the recent announcement that Dstl will remain an important Executive Agency of the Ministry of Defence, Dstl is well placed to carry on this life-saving work for many more years to come, providing support to operations, ground-breaking research and expert advice for the defence and security of the UK. I am delighted to have this opportunity to celebrate this centenary and to thank the current generation of scientists and others who work within Dstl for the vital work they do.
​
One of the important activities carried out at Porton Down during the past 100 years has been the development of military respirators. The research and support work during that time has resulted in the delivery of numerous respiratory protection devices including the latest military respirators; the General Service Respirator (GSR) and the Aircrew Protective Equipment and Detection (APED) respirator. Both are used by the UK Armed Forces and offer exceptionally high levels of protection in chemical, biological, radiological and nuclear environments.

In addition to developing and testing materials, evaluating filtration systems and assessing the integration of respiratory protection equipment with other kit, Dstl has also developed systems to assess and evaluate respirator performance under conditions of real use. In 2015, a state-of-the-art respirator facility was opened at Dstl, Porton Down, where the GSR is tested.

Dstl Chief Executive, Jonathan Lyle said the organisation has had to adapt over the years, ensuring it is providing the right support to the UK:


Chemical and biological defence research is what Dstl, Porton Down is best known for. But the breadth of work we now undertake at Porton Down has grown across the decades as the site has developed. We were first established to counter the emerging threat of gas attack in World War One. Today we exist to protect our Armed Forces and British citizens against a wide range of current and future threats, for example cyber.
​
Emerging technologies currently under the spotlight at Dstl include quantum technology, synthetic biology and big data.

Not to mention their altruistic quest to find a cure for the common cold !! Lying kunts !

Press release: Reflecting on the importance of defence work at Porton Down

Press release: Inside Porton Down

News story: The Truth About Porton Down