I always fancied being a biscuit designer. Maybe, this is my chance.

Maybe a pre-cursor to a Sonar Bender? 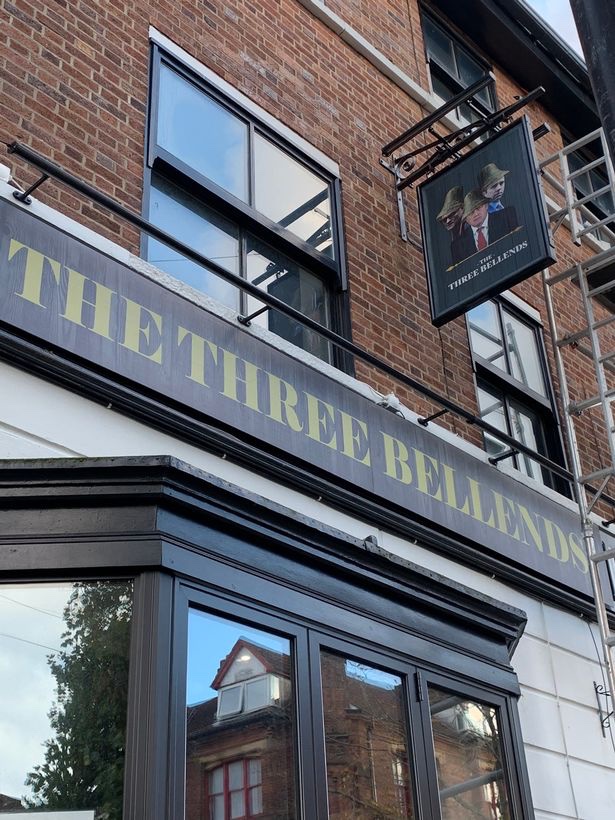 I bet they didn't call them that when they were tapping the government for grants furlough payments etc.

Ye gods, socialist Labour Party or new communist party, trying to tell people who to vote for and in what order, no free will allowed in this campaign?

Voting in NEC elections begins today. Watch your inbox over the next 48 hours for an email from Labour telling you how to vote.

It will be sent from [email protected] and will have the subject line "Your ballot – Labour Party elections".

We have a huge lead in CLP nominations. Now it's time to turn that into a big result in the ballot itself. This is our chance to elect a slate of Grassroots Voice candidates who are determined to make sure our party takes on the crises of the 21st century with transformative policy.

With the new voting system the way we rank our votes is now very important. We have worked out regional lists that make sure all candidates get an equal share of the vote.

Electing these Grassroots Voice candidates is crucial to building a socialist Labour Party that can win in 2024 and create the future we need. From systemic racism to climate change, our rigged system is in crisis and we need a Labour Party that embraces transformative ideas that tackle it head on.

So is Grassroots Voice the new Green Wing of the Corbynistas - designed to appeal to the tree hugging luvvies - at least i suppose Green is gender neutral - I thought at first that might be progress after BLM ... but on second thoughts I'm not so sure

Socialist Labour sounds like the Momentum crowd in disguise. Sir Kier might have struck a blow for moderate Labour but the real lefties are far from down and out.

It is so good to see there is no North / South devide , well the Manchester Muppets put paid to drive that. All they had to do was comply with the government's rules, and they wouldn't be in this predicament?

I don't think it was the Manchester muppets. It was Burnham playing piss pot politics

As a Northerner living in the South I appreciate the difference in the response to the government advice between the North & the South.
The South in the main have complied with advice, while many of hose in Liverpool, Manchester and Newcastle have blatantly flaunted the advice and carried on their normal behaviour regardless.
No amount of Government advice is going to work if it is not complied with.
The Liverpool Mayor blamed the University students.
Funny how Oxford, Cambridge, Reading, East Anglia and many other university towns are not having the same problems.

It all became clear(if it wasn't already blindingly obvious) that Manchester mayor's stubbornness was all about trying to make the Tory government look bad. As soon as the news of the enforced lockdown was announced he was telling everyone what a poor deal everyone oop north had at the hands of the Tories. No recognition was given to all the extra infections that may have occurred while he supposedly tried to get better financial terms than anyone else. The gobshite has been playing awkward squad since day one of the big lockdown in March and I were a Mancunian I'd be getting a little tired of his constant whining.

fishhead said:
If I were a Mancunian I'd be getting a little tired of his constant whining.
Click to expand...

I am and I don't even live there anymore. He's a prick playing with real lives.


Sent from my SM-A515F using Tapatalk

Biker Buster said:
I am and I don't even live there anymore. He's a prick playing with real lives.


Sent from my SM-A515F using Tapatalk
Click to expand...

Yep he won't see a drop in his £110K plus expenses and income from his London properties, in tier three, but is willing not to sign a deal to help those that will loose income, until he gets his own way. He was also responsible as part of Blair's lot that sold out the NHS to private enterprise deals?

No ego to feed, thinking of peoples life' and safety.

Sheffield mayor: 'Inaction was not an option'​

Pub workers Simon Williams told us, “I was kind of hoping the government would do the right thing and provide sufficient money to support me and my colleagues when we’re forced to close our business due to the lockdown restrictions.

“But it seems that all I had to do get a much more appropriate sum was explain that instead of a barman, I am now an out-of-date piece of medical-grade fabric designed to be wrapped around a nurse’s face.

https://newsthump.com/2020/10/21/ma...after-all-mancunians-retrain-as-unusable-ppe/
You must log in or register to reply here.

Speech: We must stand up for an effective non-proliferation regime