I considered this as 'Current Affairs' but Diamond Lil's seems a better thread somehow.

In the Mail today, it reports that two Police Officers were despatched to investigate a missing cat.

Jemima Khan has wailed that her cat was 'missing' ......so 2 Met Pol officers were sent to investigate, because the cat was detailed (no pun intended) as a 'high value property'.

Never mind the murders, muggings, robberies etc... (your own life is less worth than a an animal it appears) and you have money, and are a high profile celeb, you can get as many bobbies to run around for you as you desire, particularly if you are in the Primrose Hill set.

Will give my Cousin (he in the Met) a ring tonight for you if you wish and enquire if the cat was found safe and well as I know it will weigh heavy on your mind ;-)

I read the article too, it's so stupid, it's a cat, no one cares! I totally agree, what about the murders etc...

ukdaytona said:
Will give my Cousin (he in the Met) a ring tonight for you if you wish and enquire if the cat was found safe and well as I know it will weigh heavy on your mind ;-)
Click to expand...

Thanx, but no need, we have officers working in my building and I've been winding them up...because I was sooooooo worried about the poor pussy...... :twisted:

Who the **** is Jemima Khan?Apart from being Asian!

Moderator
Book Reviewer
remember that Pakistani cricketing chap... you know the one.... the all rounder.....used to be quite good????

Well its his missus.

Obviously before she started shagging Hugh Grant that is........

If she asked nicely enough, I would rush round and look for her pussy. 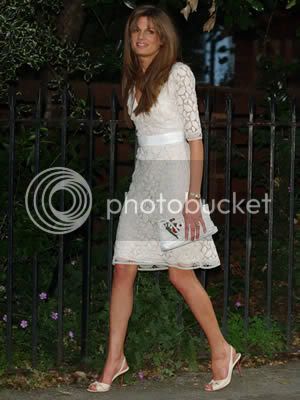 andym said:
Who the **** is Jemima Khan?Apart from being Asian!
Click to expand...

Thanks for setting it straight for me.
T

Hardly surprising...in 2006, the Met spent over Â£300 million investigating crimes such as rape, murder, theft etc. But in the same time period, they spent over half a BILLION on VIP Close Protection.

I have long believed that we should set up a paramilitary "third force" to carry out VIP CP. This new agency would be paid for by central government. That would free up millions of pounds and thousands of coppers to protect the public.

I set up a e-petition on the no10 site(ThirdForce)but I'm not going to hold my breath; the VIP's will always get the best protection from the police that money can buy. The Poor Bloody Taxpayers get the crumbs from the table. :thumbdown:

Speech: Britain needs its allies to stand with us against Russia: article by Boris Johnson