Ministry of Defence said:
RAF and Royal Navy personnel have been training with the Flight Control Office - or Flyco - of the carrier HMS Queen Elizabeth at the BAE Systems simulator at Warton in Lancashire.
When the short take-off and vertical landing (STOVL) variant of the F-35 comes in to land on the deck of the UK’s next carriers it will be vital that pilots are well-versed in the skills of landing on a moving deck.
Pete Wilson, BAE Systems’ lead test pilot for the F-35 STOVL aircraft, said:

We are very supportive here in trying to help the customer come to terms with what the change to the STOVL version means in terms of bringing that aeroplane back in to land on the Queen Elizabeth carriers.
​
We are reverting back to a manoeuvre called ‘shipborne rolling vertical landing’ which means we are going to bring the F-35B in to land on the deck at about 60 knots (111 kilometres per hour).
​
It’s a complex engineering problem to try to solve because we don’t want to come down too steeply - that could break the aeroplane.
​
We don’t want to come down too fast because we would not be able to stop and would run off the front of the carrier which is clearly a disastrous situation. We don’t have a hook on the aeroplane so we have to stop using our wheelbrakes alone.
​
And we can’t afford to come down too shallow because if the stern of the ship comes up high towards the flight path we could hit the back of the ship and that’s also disastrous.
​ 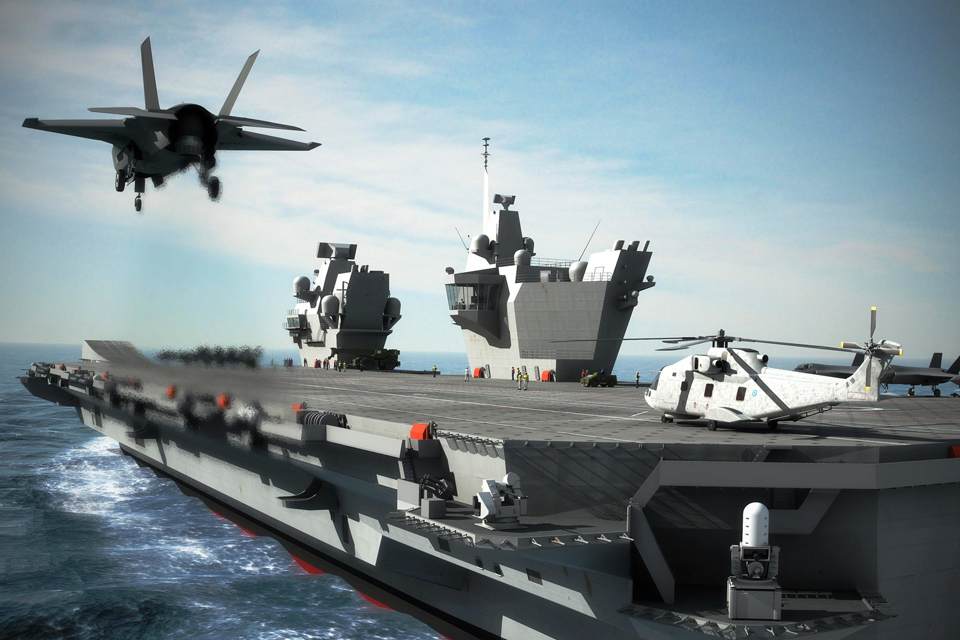 The work we are doing is extremely important as a risk-reduction measure; what we are getting is an insight into the future so we are able to simulate the air around the ship, the lights which are embedded in the deck, and the procedures and radio calls we are going to use.
​
We are solving problems and putting design in place now when it is cheaper and easier than it would be later. I would say we are saving millions of dollars of potential design change in the future. It is immensely important work and that’s why we are here in this world class simulator facility.
​
In a busy year, Mr Wilson said that the team has met its milestones:

Every month we have a certain number of test points we have to execute which means flying the aeroplane a lot and we have managed to surpass the testing point requirement for the year, which is a significant achievement.
​
One objective of the trials has been to come up with a set of requirements that define which tools and techniques are required by the Landing Signals Officers in the Flyco, helping in the safe recovery of the approaching aircraft.
[h=4]This report features in the January 2013 issue of desider - the magazine for Defence Equipment and Support.[/h]