Continuing the MOD’s investment in cutting-edge technology, the UK has been working with the US military on autonomous resupply, providing a glimpse into the future of getting much-needed supplies to the front line.

In a week-long exercise in Michigan, the UK MOD’s Defence Science and Technology Laboratory (Dstl) and organisations from the US Army’s Research, Development and Engineering Command (RDECOM) have been testing an all-terrain 4x4 vehicle controlled by an Xbox-style controller, driverless trucks in convoy and Hoverbike drones for delivering supplies in the most dangerous “last mile” up to the battlefield.


One hundred years ago we pioneered tank warfare with our US allies, and today we remain right at the forefront of military technology together. This exercise has proven the success of our ongoing investment in science and technology as we see concepts becoming reality. This particular project is spearheading solutions to the notoriously dangerous operation of supplying our frontline on the battlefield. Delivering crucial food, fuel and ammo remotely will help save soldiers’ lives.
​ 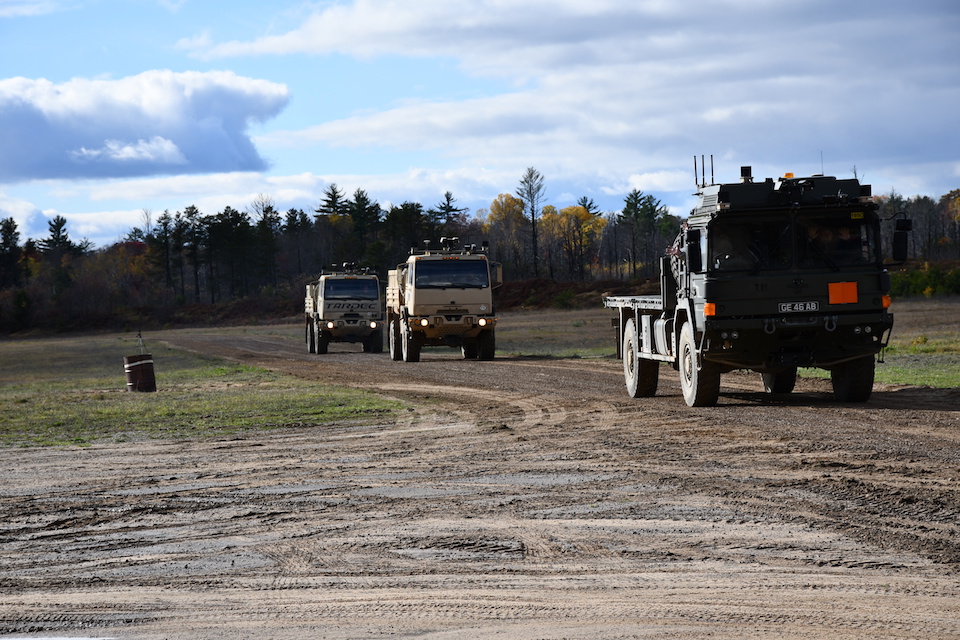 This is a new way of coordinating and delivering vital supplies to front-line operations, aiming to reduce risk to those troops and provide on-demand delivery of food, fuel or ammunition to the front line. The Coalition Assured Autonomous Resupply (CAAR) demonstration, the first in a three-year project to bring concepts to life, marked initial demonstration of unmanned tactical resupply technologies in the three areas.

The line-haul convoy is the first time ever that a UK-US collaboration has joined together in this format, with a British Army MAN SV 6-tonne truck as a ‘leader’ vehicle in the convoy, followed by two US Light Medium Tactical Vehicles (LMTV) trucks. Travelling at speeds of up to 25mph, the vehicles used integrated robotics to make decisions about speed, steering and other driving functions.

The Unmanned Aerial Vehicles (UAVs) demonstrated included the British-developed Malloy Aeronautics Hoverbike. An advanced prototype quadcopter drone, it can deliver more than 100kg of supplies, using a simple tablet controller. Unveiled for the first time, this version of the Hoverbike could also potentially be used for humanitarian aid and disaster relief missions.

The 4x4 vehicle tested was a tele-operated Polaris MRZR, fitted with advanced sensors, cameras and GPS, and operated by a joint UK-US trials team. Using an adapted Xbox game console controller, Corporal Mortimer and Lance Corporal Thorne remotely ‘drove’ the 4x4 around the area to simulate an off-road task. 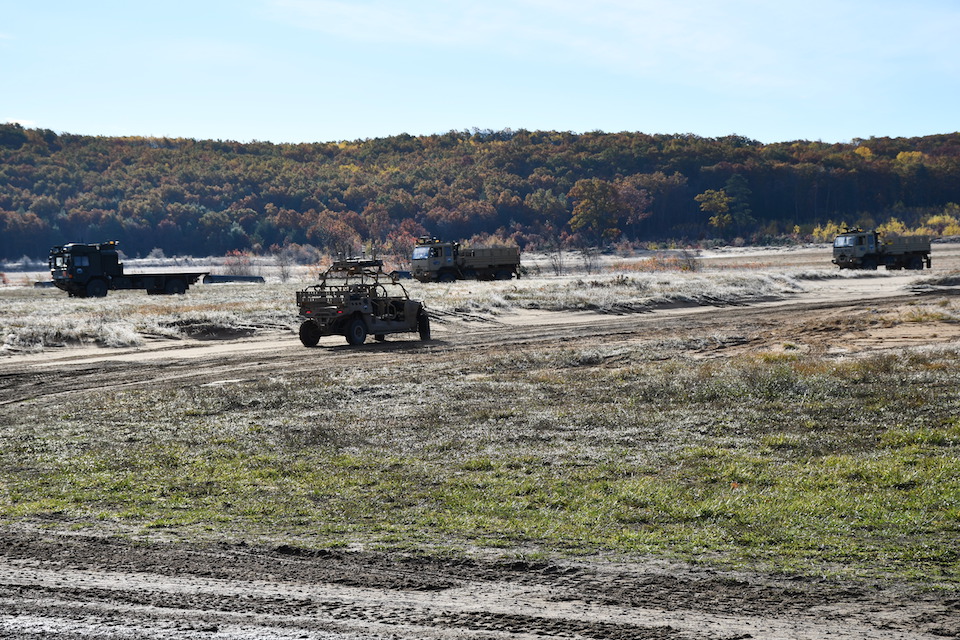 A remote-operated 4x4 being tested by the British and US Armies out in Michigan.
Pete Stockel, innovation autonomy challenge lead for Dstl, said:


Following the communique signature between the two nations in 2014, we have been working closely with our American counterparts to develop effective demonstrations and assessments of important new autonomy technologies, which could one day reduce the burden on and risk to the military user, while improving logistics efficiencies and interoperability.

This is the first time that we have created a UK-US coalition semi-autonomous leader-follower convoy to bring to life concepts which will provide solutions to de-risk the Last Mile of logistics support to the front line.

We are enormously excited to be working with our US colleagues on this project, delivering on the commitment announced at the Farnborough Airshow in 2016. It has been an exciting challenge to drive this forward at pace. This could be a step-change in how operational risk might be managed, costs could be reduced and – ultimately – lives can be saved, as a result of harnessing this rapidly-evolving technology.
​
Under the Autonomous Last Mile resupply challenge, Dstl and the Defence and Security Accelerator (DASA) are bringing together a wide range of military and industry partners to join commercial-off the-shelf (COTS) suppliers with novel ideas and tech start-ups in producing a futuristic demonstration of how UK and US forces’ tactical resupply might one day operate.


The British Army is keen to work with its US counterparts through Dstl to identify where autonomous technologies can benefit UK military capability.
​
Jeffrey Ratowski, TARDEC’s project leader for the Coalition Assured Autonomous Resupply (CAAR) effort, said:


We’re using US and UK Soldiers to control multiple robotic assets including the convoy, the autonomous last mile- ground piece, and there’s also an autonomous last mile- air piece.
​
The MOD spends 1.2% of its rising £36 billion defence budget on science and technology. In September Defence Minister Harriett Baldwin announced the 25 winners of the Last Mile Challenge, up-and-coming tech startups and entrepreneurs hoping to bring innovative solutions to resupply the frontline.

Any entrepreneurs can apply to [email protected] Series 9.0, the theme of which is “Data, Intelligence, and The Future of Security”. A Defence themed On Tour Event is scheduled to take place in London on 31 January 2018. Find out more or apply to take part here.

News story: US and UK Armies lead the way in world-first for robotic vehicles

News story: Tomorrow’s technology to protect the soldier of today