Lance Corporal (LCpl) Donald Noble and Private (Pte) Harold Lewis have finally been laid to rest after they were killed in action in the Netherlands in October 1944. They were buried together yesterday (5 October) in a full ceremonial burial at Arnhem Oosterbeek Commonwealth War Graves Commission (CWGC) Cemetery, the Netherlands. 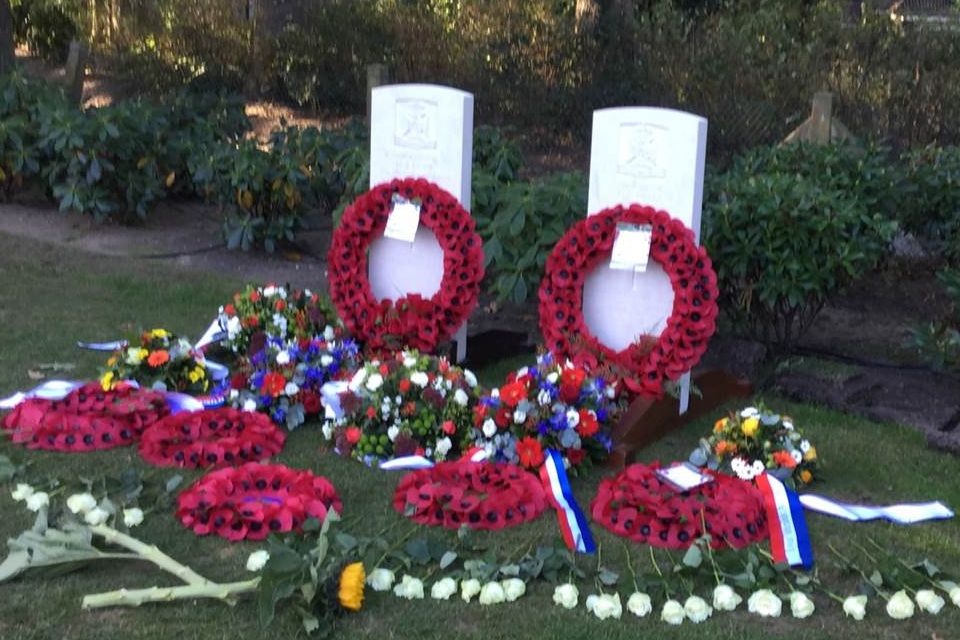 Poppy wreaths are laid at the headstones of LCpl Noble and Pte Lewis. Crown Copyright, All rights reserved

The service, organised by the MOD’s Joint Casualty and Compassionate Centre (JCCC), part of Defence Business Services was delivered by Father Philip Smith, Brigade Headquarter Chaplain of The Rifles Regiment. The bearer party was provided by 5th Battalion The Rifles. Sadly, no surviving members of the Noble or Lewis families could be traced before the service but former soldiers from the Wiltshire Regiment attended to ensure their military family was well represented at the moving service.

The remains of both soldiers were found in February 2013 during excavation works. The Royal Netherlands Army’s Recovery and Identification Unit took charge of recovering the remains and later identified them. This work was helped by artefacts found alongside the men, including a Wiltshire Regiment cap badge and a Warwickshire Regiment button. Concluding the research into the Wiltshire Regiment 4th Battalion led to 7 possible candidates, 5 of whom were ruled out by their age, height or dental records. This left only LCpl Noble and Pte Lewis.

Further work by the Dutch authorities, including DNA analysis, enabled them to positively identify those of Donald Noble. By elimination, the second set of remains belonged to Harold Lewis.

Donald Noble was born on 22 March 1923 in Leeds to Dorothy Noble. He had no registered father and no siblings. He was brought up by his mother and joined the army straight from school, aged 16. He served in the Royal Warwickshire Regiment, the Royal Berkshire Regiment and the Wiltshire Regiment. Donald died aged 21 years old.

Harold Lewis was born in London on 30 March 1925, the son of William James Lewis and Nellie Isbell. His father, a carpenter, died when Harold was only 10. He had no siblings. He joined the General Service Corps in 1943, aged 18. In civilian life he was a Printing Machine Minder. He subsequently served in the Bedfordshire and Hertfordshires and the Somerset Light Infantry before he transferred to the Wiltshire Regiment. Harold died aged 19 years old. 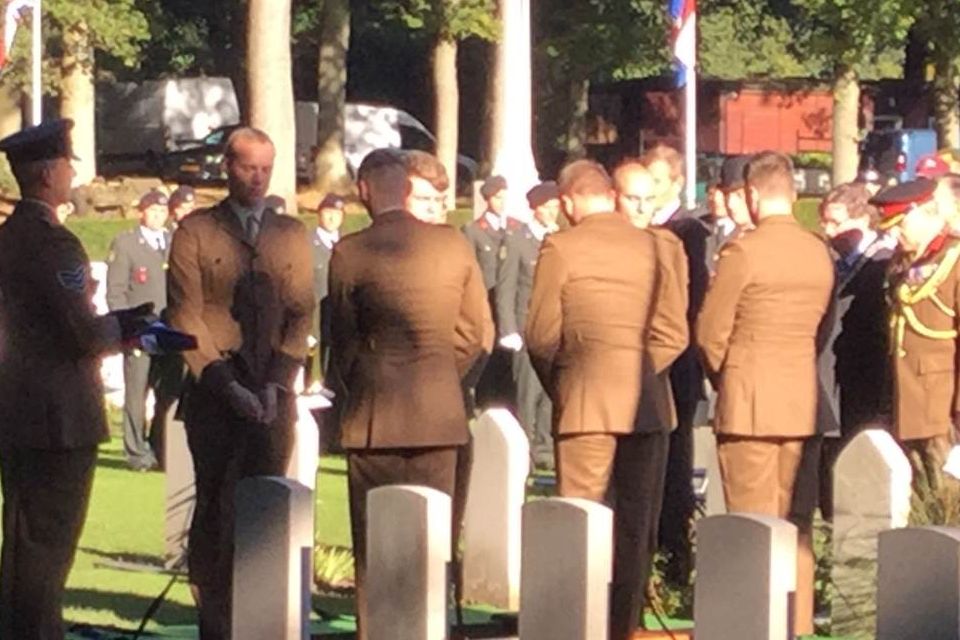 Members of the 5th Battalion The Rifles provide the bearer party. Crown Copyright, All rights reserved


It has been a great privilege to be able to lead one final act of honour to fellow soldiers.
​
Louise Dorr, from the JCCC said:


Today has brought a mixture of joy and sadness; happiness that we have now been able to name these two brave soldiers and lay them to rest with dignity and honour, but sadness that they died so young and have no family here to share this occasion.
​
Continue reading...
You must log in or register to reply here.