United Nations (UN) peacekeepers from 120 nations were recognised today, and tributes were paid to more than 3,700 personnel from those countries who have died while serving as UN peacekeepers.


We pay tribute to those who work tirelessly to protect families threatened by war and we’re resolved to step up our efforts to prevent violence against women in places of conflict. We have played a leading role in this area but I am determined that we do more, by sharing crucial training and expertise to help those facing these terrible crimes.
​
Today, UN peacekeepers are actively engaged in 14 missions taking place in some of the world’s most challenging environments. In the last two years there has been success in Cote d’Ivoire and Liberia, and a transition to a police-led mission in Haiti.

The commemoration on International Peacekeeping Day marks the 70th anniversary of UN missions. Defence Minister for the Armed Forces, Mark Lancaster, marks this day by opening the conference at RUSI. 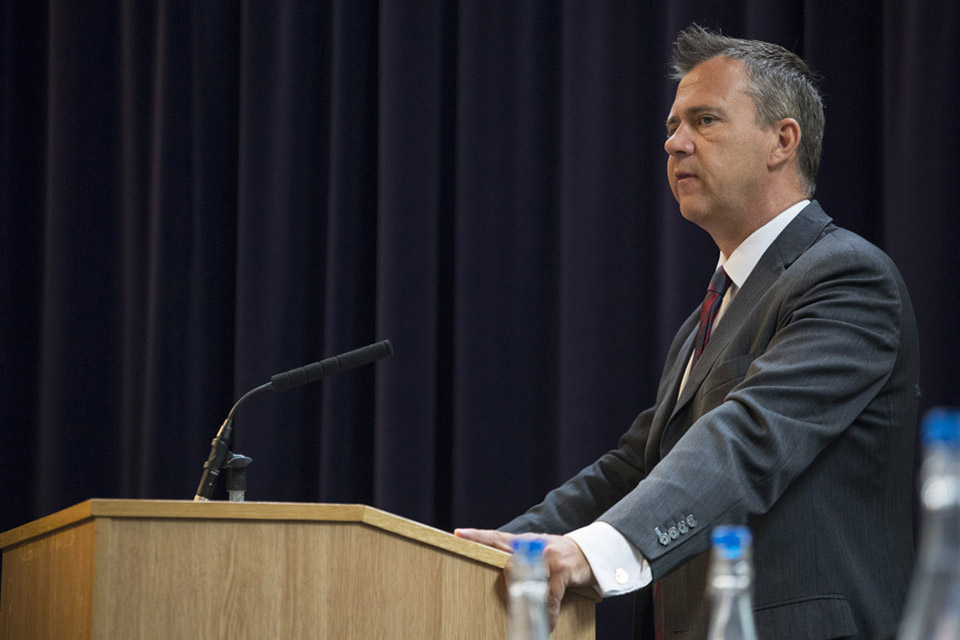 
As we celebrate the 70th anniversary of UN peacekeeping I pay tribute to invaluable contribution made by our forces who have served for the United Nations and their country in peacekeeping roles across the globe.

And I am immensely proud that the UK has nearly 700 British troops wearing the blue beret right now in South Sudan, Cyprus, Somalia, the Democratic Republic of Congo, Mali and Libya, protecting communities from the violence and terror of warfare.
​
This month marks the UK’s first anniversary of the deployment of engineers and medics to the UN Mission in South Sudan.

In South Sudan, the UK’s largest UN deployment globally, UK engineers have completed infrastructure tasks to improve the physical security of UN sites and improved air access to remote UN camps. Alongside this effort, UK medics have run a field hospital, to provide medical care for more than 1,800 UN Peacekeepers and UN staff.


The United Kingdom has a commendable track record on UN peacekeeping: financially, historically and through its renewed commitments in Somalia and South Sudan. UNA-UK hopes that peacekeeping will continue to play an important role in the UK’s future defence plans well beyond 2020.
​
The International Day of UN Peacekeepers was first observed in 2003 to recognise and appreciate the efforts and sacrifice of UN peacekeepers. The Cenotaph commemoration is believed to be one of the largest worldwide where the Band of the Irish Guards performed at the wreath-laying at the Cenotaph. 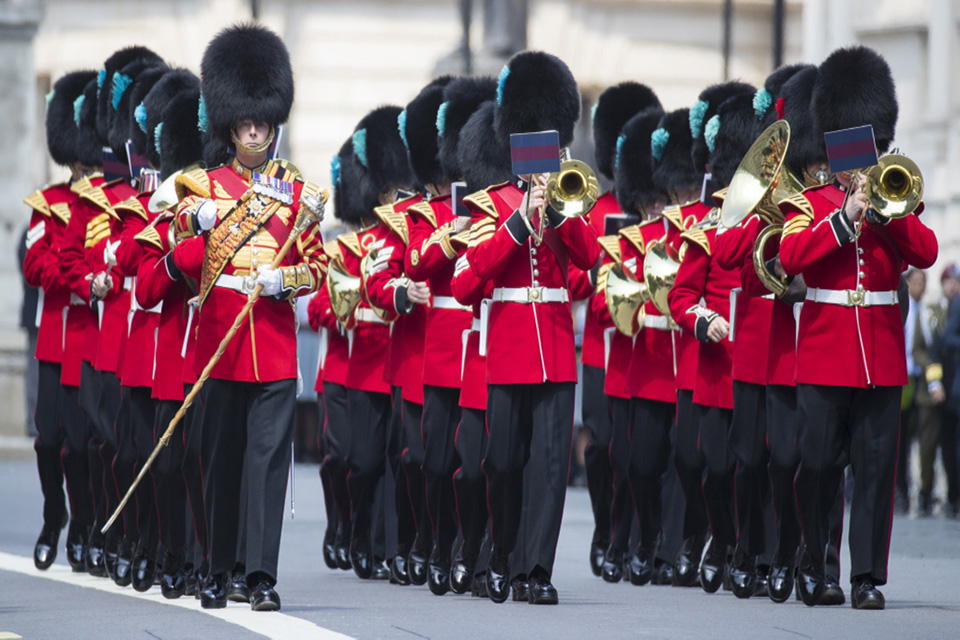 The Irish Bands marching towards the Cenotaph. MOD Crown Copyright.

This year’s commemoration was organised by the UN Association-UK (UNA-UK), with its Westminster branch, in partnership with the Royal United Services Institute. The commemoration, and a related conference on the challenges of modern peacekeeping, was held in conjunction with the High Commission of Canada and the Embassy of the Kingdom of the Netherlands.

Lord Ahmad, the Foreign Office Minister for the UN, said:


As we mark 70 years of UN Peacekeeping, it is right that we pause – and reflect on – the many lives saved, and on the regions and countries stabilised. Millions of people, living in some of the most challenging places on earth, have been given hope and opportunity.
​
This is the proud legacy of the toil and sacrifice of hundreds of thousands of men and women who have put their lives at risk to protect the most vulnerable. On this UN Peacekeeper Day, we recognise the dedication and efforts of all UN Peacekeepers, and, remember those that have sacrificed their lives for the cause of international peace and security.”