Ministry of Defence said:
Lieutenant John Scarlett, from the Coldstream Guards, who has since been promoted to Captain, was leading his Police Advisory Team to visit an Afghan National Civil Order Police checkpoint in the Upper Gereshk Valley. He was joined by Lance Corporal Stephen Shaw, a combat medical technician.
Leaving members of his team, including his second-in-command, with their vehicles, Lieutenant Scarlett took the remainder into the checkpoint to await the commander’s return.
But when the people they were meant to meet did not turn up, Lieutenant Scarlett became suspicious and gathered his men into patrol formation and began to leave the checkpoint through the only available exit - a confined corridor leading to a pedestrian gate.
Lieutenant Scarlett, aged 26, from Dulwich, London, said:

I walked out of the checkpoint with the interpreter; four members of the patrol were inside waiting to leave. Then I heard machine gun fire and Lance Corporal Shaw crawled out and told me what was happening.
​
An Afghan policeman had turned fire on the team, seriously wounding 3 of them. Lieutenant Scarlett instructed the remaining member to suppress the sangar position before running back into the compound to assist his wounded colleagues. 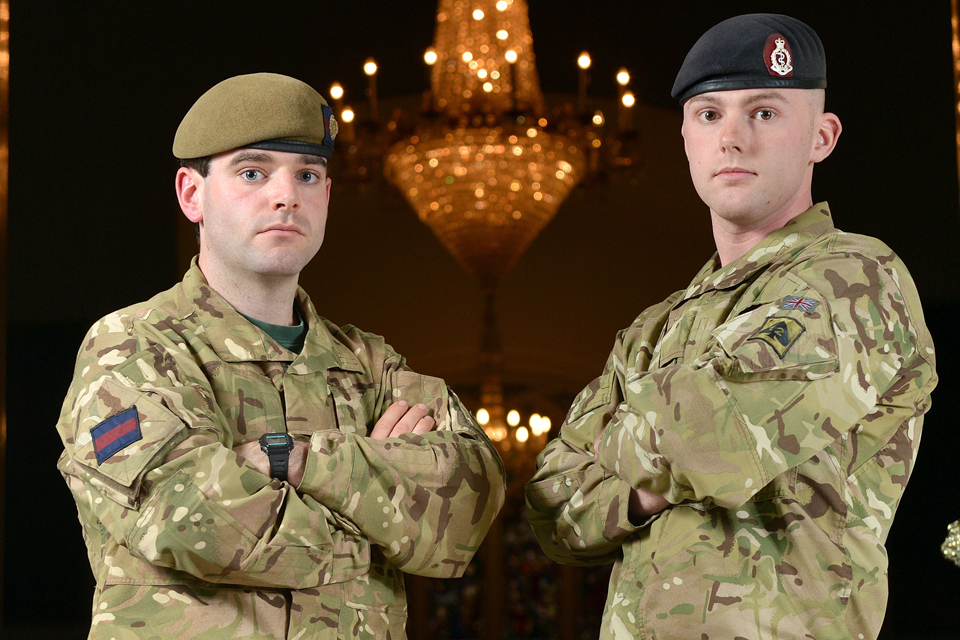 I owe my life to Lance Corporal Shaw, absolutely. I wasn’t coming out if he hadn’t grabbed me. To come into the killing area and pull me clear showed exceptional bravery. He then used his skill to stem the bleeding.
​
I carried on, but after a while I came to a standstill and my memory is hazy. All I know is that the entire team were incredible. Not just in this contact but throughout the tour, and this award is very much for all of them.
​
Lance Sergeant Laurie Challenger, Corporal Mike Edwards, Corporal Gaz Love, Corporal Pete Williams-Day, Guardsman Jack Richards, Guardsman Tommy Everett, Guardsman Warren Martin, Guardsman Josh Niebling, Guardsman Craig Roderick, Guardsman Apete Tui and Guardsman Stu Harris were a constant inspiration to me.
​
As was Lance Corporal Shaw. He did so much throughout the tour and his bravery and technical skill were admired by everyone. There is no-one I would rather have as the medic on my team.
​
Lance Corporal Shaw, from the Royal Army Medical Corps, aged 24 from Heywood, Greater Manchester, added:

Bullets were pinging everywhere; once I pulled Lieutenant Scarlett outside, I strapped him up and asked if he was ready to crack on and he said yes.
​
My main focus then was on getting to the casualties inside but it wasn’t possible initially. It is the worst feeling having men down and not being able to get to them.
​ 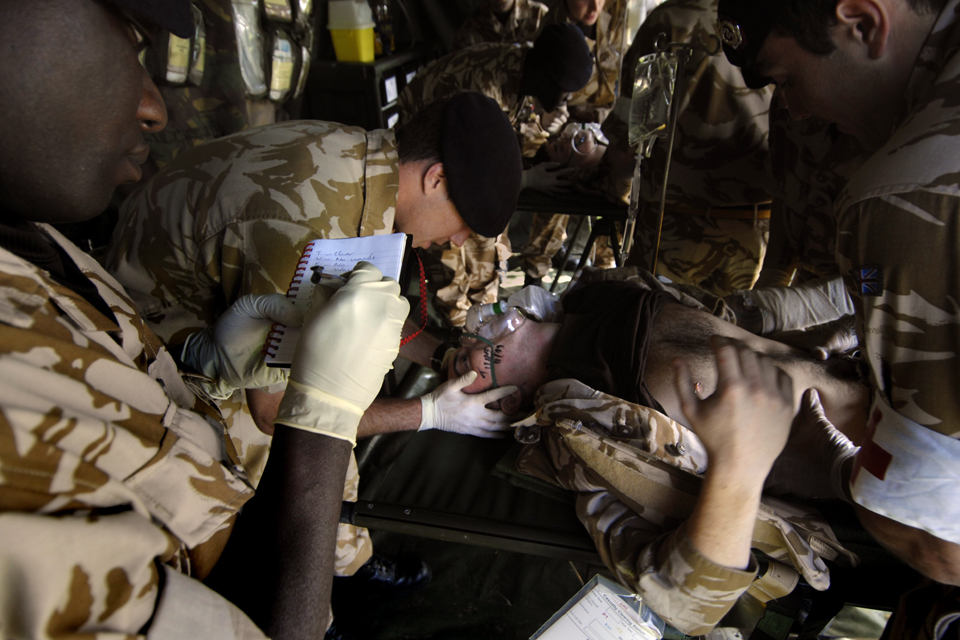 Casualties receiving treatment during a pre-deployment training exercise (library image) [Picture: Stuart Bingham, Crown copyright]Realising a further attempt to extract the casualties via the pedestrian gate was impossible, Lieutenant Scarlett ordered a vehicle to ram one of the blocked gates before collapsing from pain and blood loss.
However, the rest of the team were able to overcome the attacker and extract the remaining casualties.
Lieutenant Scarlett’s citation states:

Scarlett, a relatively junior Lieutenant, was faced with a horrific situation. In response, he displayed the very highest standards of leadership, courage and selfless commitment.
​
In effect, he put the lives of his soldiers before his own and in doing so he took the deliberate decision to attack an ambush.
​
Furthermore, even lying seriously injured he continued to direct the counter-attack, displaying supreme gallantry and leadership.
​
Lance Corporal Shaw’s citation reads:

Shaw’s actions during that horrific attack were in the very finest traditions of the British Army. Despite being shot through the boot and day sack, this young and inexperienced soldier had the presence of mind to return fire and give directions to his commander.
​
He then took the deliberate decision to enter the killing area, where 4 of his colleagues lay wounded.
​
The Military Cross is awarded to all ranks of the Armed Forces in recognition of exemplary gallantry during active operations on enemy land.