Prisoners of War (PoW) Major (Maj) Roy Wadeson and Lieutenant (Lt) Hugh Mackenzie were part of a select group tasked with seeking a safe passage for their comrades, despite their best efforts they were captured and killed. To honour their bravery and sacrifice they made a rededication service is to be held on 27 July in Hanover War Cemetery, Germany.

Following years of analysis of letters, eye witness accounts and National Archives records, the 2 graves of both Maj Wadeson, who was born in Barrow-on-Furness and also served in the First World War, and Lt Mackenzie, who originated from Calcutta, India, have now been identified.

The service will be performed by the Army Chaplain, The Reverend Heather Rendall and has been organised by the MOD’s Joint Casualty and Compassionate Centre (JCCC), part of Defence Business Services.

Having been imprisoned in Oflag VIIIF, located at the time in Mährisch Trübau, Sudetenland, which was formerly part of Czechoslovakia, Maj Wadeson and Lt Mackenzie were part of “The First Flight” a small group of specially selected officers chosen as experienced escapers to find friendly addresses, safe routes and possess in-depth local knowledge. The reason, to assist in other escapees going to these known addresses. 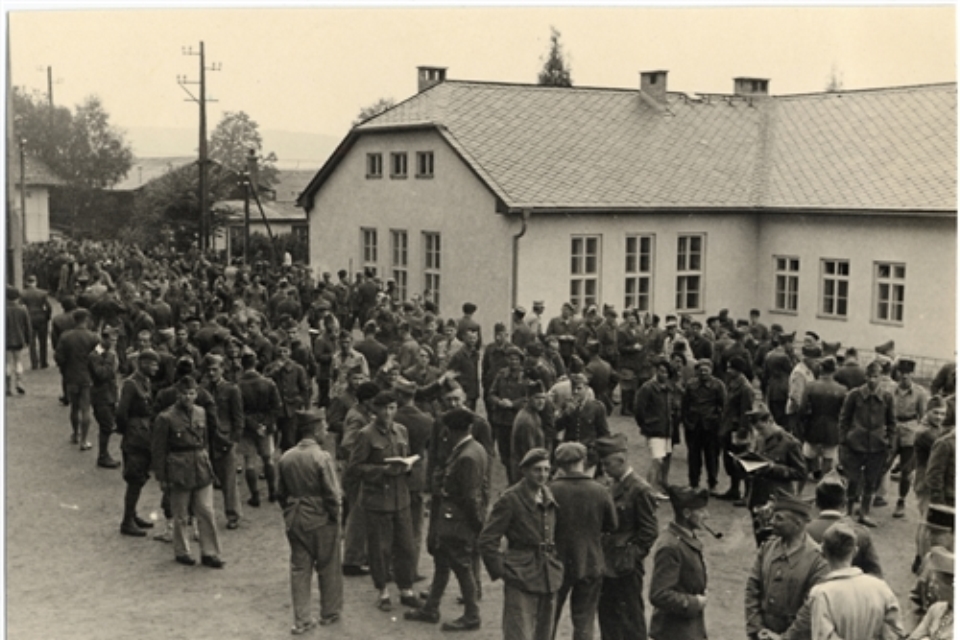 The camp was large and held over 1,000 officers, many of whom were well seasoned escapers. There was a nucleus of 400 officers who had plans to escape, or to at least attempt it, so an escape committee was formed to help coordinate things better and increase the chances of success. The committee was led by Lieutenant Colonel David Stirling, who was the founder of the SAS, with Major J. C. Pringle as second in command. The organisation ran a wireless set, an information control service and was run like an intelligence service. Not all the officers in the camp agreed with the group’s activities, so strict secrecy was maintained by all involved. By February 1944, the group was in full operational working order and information was regularly being collected and distributed regarding escaping conditions and various schemes, such as tunnels that were being arranged. 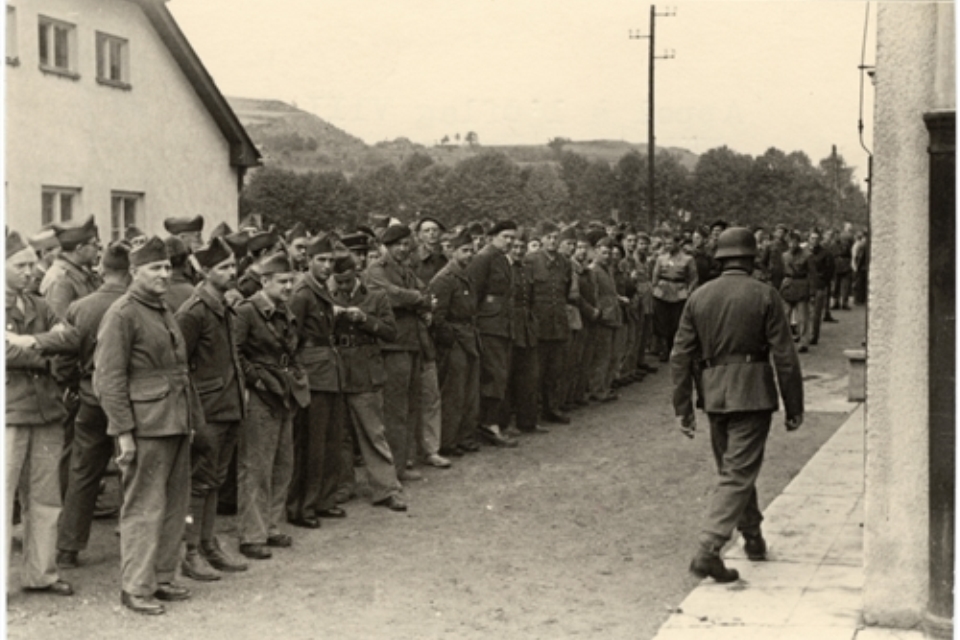 There were many setbacks for the group before they could choose their moment for escape. Heavy rain and melting snow caused a tunnel that was being dug to collapse, which meant increased security measures from the German guards. Another officer broke his neck during an escape attempt, when jumping from a moving train. There were several other failed attempts during this time which led to Lt Col. Sterling formulating a plan for mass escape. The officers marked to take place in the “First Flight” were re-briefed to contact the Czech resistance and alert them to the change of plans.

When the Germans found out about the planned mass escape attempt and in the wake of the “great escape” attempt at Stalag Luft III a few weeks previously, Oflag VIIIF was moved to a new location thought to make escape attempts impossible 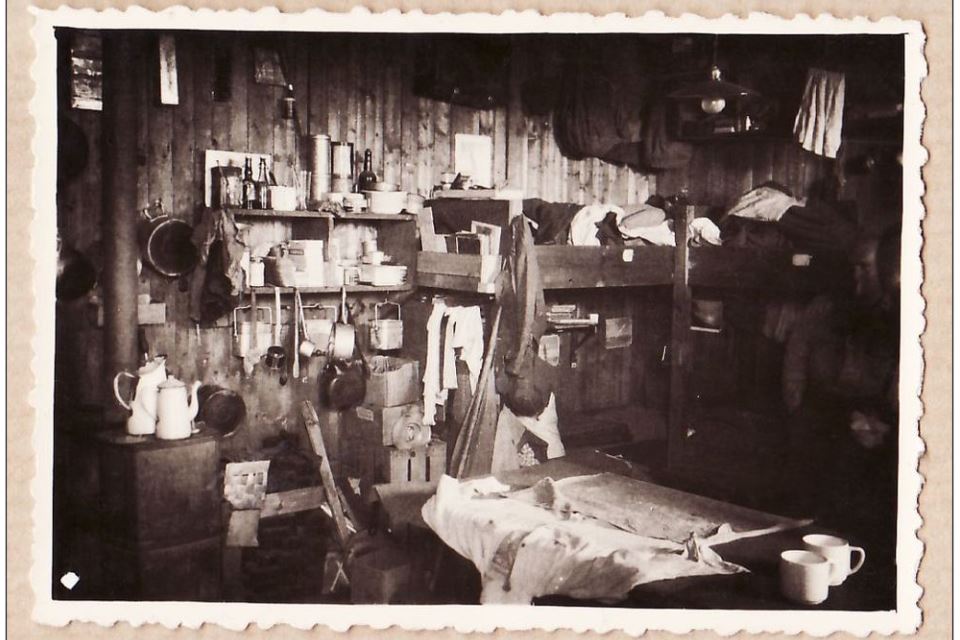 The inside of a prisoner’s room at Oflag VIIIF, Copyright IRIC, all rights reserved

Around 6 to 8 weeks after their escape, the ashes of Maj Wadeson and Lt Mackenzie were sent to the new camp, Oflag 79, in unmarked urns. Nothing was discovered about their fate other than the German’s explanation that they were “shot trying to escape”. Their ages at the time of their deaths was 45 and 31 respectively.

A British Officer at the camp wrote a letter to Maj Wadeson’s wife with the terrible news of her husband’s death. She was informed that the urns were buried with due ceremony at Garrison Cemetery in Brunswick.

Maj Wadeson was awarded the Military Cross for his bravery and was mentioned in dispatches, as was Lt Mackenzie, both for gallant and distinguished services in the field. Lt Mackenzie spent approximately 4 years in the PoW camp with Maj Wadeson spending 3.

In May 1947, 10 graves were moved from Garrison Cemetery by the Commonwealth War Graves Commission (CWGC) and reburied at Hanover War Cemetery. Eight of these graves were identified, and 2 were recorded as containing urns of an unknown Major and unknown Lieutenant. Here the matter rested until Maj Wadeson’s son, Tim, began the search for his father’s grave. Through his research into the documents held in the National Archives he was able to piece together enough information needed to submit the case to the MOD. Further research was conducted by the MOD and it was agreed that the 2 graves in Hanover War Cemetery were those of Maj Wadeson and Lt Mackenzie. The headstones will now be changed to reflect this.

Attending the service will be family members, as well as representatives from both regiments, the MOD, the British Embassy, the local council, Royal British Legion and the general public.


The rededication of my father’s grave brings closure to a journey of discovery of the circumstances of his death and the location of his final resting place.

The release of WW2 PoW records by the National Archives in 2005 started my hunt for details of my father’s death and his grave. A great deal of information on his death was found in the War Crimes section of the archives but very little on his burial. With the assistance of the CWGC several important documents were discovered in their archives which enabled me to identify the unmarked graves of my father and Hugh Mackenzie.

This evidence was provided to the MOD who, after further investigation, endorsed the conclusions and arranged the forthcoming rededication ceremony. We are extremely grateful to the CWGC and the MOD for the successful conclusion of this investigation.
​
Shaun Keays-Byrne, nephew of Lt Mackenzie reflected on the discovery of his uncle’s final resting place:


As children, my brother Hugh and I were often told stories about our ‘Uncle Tubby’ (Hugh Mackenzie), the young Seaforth Highlander officer who was killed after escaping from a Prisoner of War Camp in 1944. Tubby’s mother and sister, our mother, never knew for certain what became of his remains and we are so pleased that after more than 70 years in an unmarked grave, he is to be given the full military honours and recognition he deserves.

We thank Major Wadeson’s son, Tim for his perseverance and the Ministry of Defence for holding the rededication ceremony.
​
Army Chaplain The Reverend Heather Rendall said:


It is a privilege to officiate at the rededication of graves for these 2 remarkably brave men. Their courage and service to our country is an example that should not be forgotten.
​
Nicola Nash from MOD’s JCCC, said:


We are very pleased to be able to rededicate the headstones of Maj Wadeson and Lt Mackenzie. The bravery and dedication shown by both men to contribute to the war effort, despite being prisoners of war, is truly amazing. The service on 27 July will be a fitting tribute to their sacrifice.
​
Two new headstones bearing the names of Maj Wadeson and Lt Mackenzie will be provided by the CWGC, who will now care for their final resting place in perpetuity.