Updated: Added a tag for DIO.


As part of the project Defence Infrastructure Organisation (DIO) is rebuilding Middle Slip Jetty so it can accommodate HMS Queen Elizabeth when she arrives in Portsmouth in early 2017.

The 276 metre jetty was built in the 1920s and last upgraded in the 1970s. Earlier this year DIO appointed VolkerStevin (CORR) as the principal contractor to upgrade the structure as part of a package of work to prepare for the ships.

The total spend on infrastructure to support the carriers is £100 million, with VolkerStevin also providing a high voltage electrical supply, upgrade to the existing drinking water system and navigational aids. 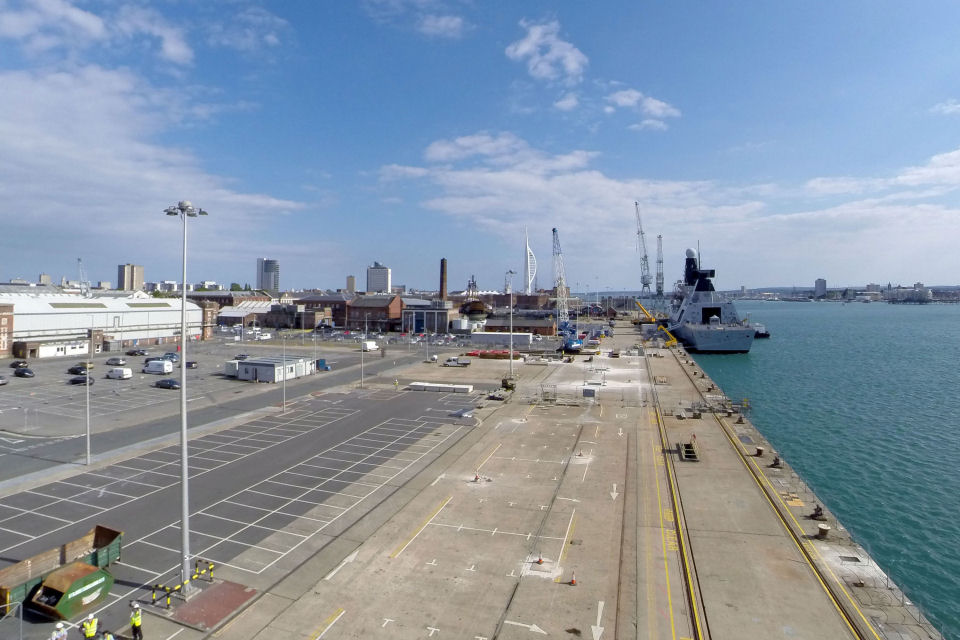 Dredging work to ensure the harbour is deep and wide enough for the carriers will be carried out by Boskalis Westminster, with work expected to start at the end of the year.


The Queen Elizabeth Class Aircraft Carriers are the largest ships ever commissioned for the Royal Navy. But it is not just the ships themselves that are a testament to the best of British engineering and technology.


The vital infrastructure investment in the naval base, including the refurbishment and strengthening of the jetty, will ensure that Portsmouth continues in its proud maritime traditions and is the home of the carriers for decades to come.
​
Philip Wise, DIO Project Manager, added:


We are delighted to be delivering this important infrastructure for the navy to prepare for the arrival of the carriers into Portsmouth. The work on the jetty is a key part of this and we are pleased it is now well underway.
​
Captain Iain Greenlees, Head of Infrastructure at the naval base, said:


This is a huge project and a very exciting one.


This programme confirms the future of Portsmouth Naval Base for the next 50 to 80 years. It will be the only port which can fully support HMS Queen Elizabeth and Prince of Wales and meet all their needs.
​
Continue reading...

I realise that QE and PoW are huge ships; but surely the ship still goes to the jetty, not the other way round?
You must log in or register to reply here.