Victory in Europe on 8 May 1945 was celebrated on the streets of Britain with parties and celebrations long into the night – but for many families whose loved ones were still fighting, the celebrations were tempered with concern.

The campaign in the Far East continued to rage on for another three months. It was not until Victory over Japan Day (VJ Day) on 15 August that this theatre of war was won and the Japanese forces surrendered, signalling the real end of the war.

Veteran BBC television presenter John Craven was four years old at the time, and has recalled memories of his father’s return from the war in a film to mark this year’s 70th anniversary of VJ Day.

John Craven on his Prisoner of War father

Bill Craven, a soldier with the Royal Army Ordnance Corps, was posted to Singapore shortly after John’s birth in 1940, was promptly taken prisoner by the Japanese and forced to work on the Burma Railway – a 415km long railway from Thailand to Burma built to support Japanese Forces.

More than 60,000 Allied Prisoners of War were put to work on the railway and subjected to brutal treatment. Around 12,621 of them died during its construction including 6,904 British personnel.

After the Japanese surrender, Bill was liberated from captivity and returned home for an emotional and long-awaited reunion with his wife and son – albeit with some trepidation about whether the four-year-old would remember his father. John said:


I had a couple of photos from before [my father] went away but he looked nothing like that when he came back – he was skin and bone.


My dad said how overjoyed he was that I hadn’t rejected him because apparently a lot of returning soldiers, sailors and airmen who hadn’t seen their children for a long time… the children rejected them.
​
John’s experience was repeated across the nation as thousands of servicemen returned home to their loved ones following VJ Day. 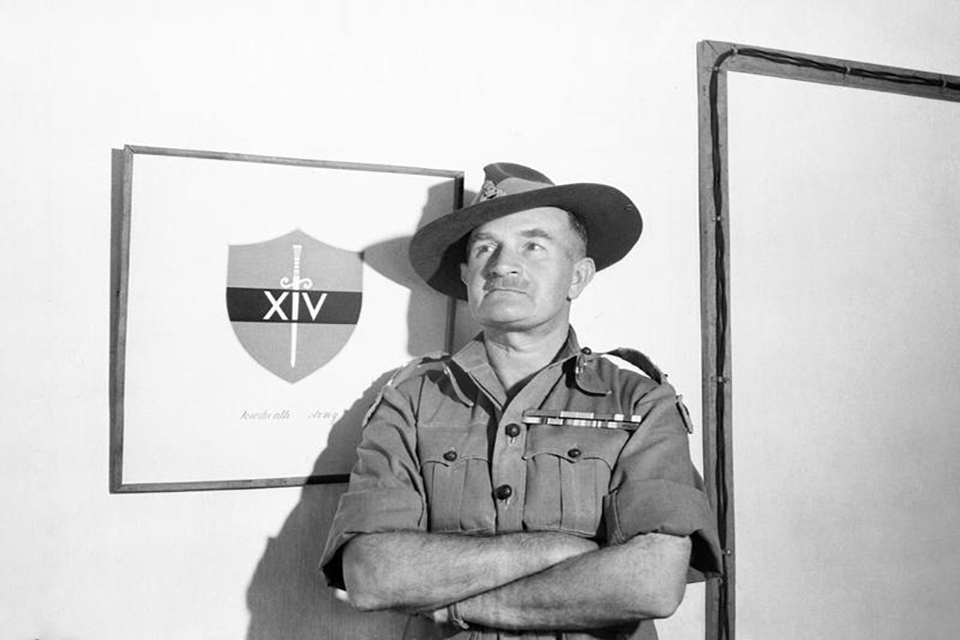 The Fourteenth Army, commanded by Lieutenant General William ‘Bill’ Slim, was the fighting force in the Far East. It was the largest British Empire and Commonwealth Army ever assembled, numbering over half a million men.

Around 700,000 Indians took part in the Burma campaign between December 1941 and August 1945 – 340,000 of them in the Fourteenth Army – and they outnumbered the forces from all other Allied nations combined.

A further 100,000 men from Britain fought in Burma, as did 119,000 soldiers from the East and West African colonies. There were 51 Royal Air Force and Commonwealth squadrons, which flew in support of the land operations, and the Royal Navy, including Royal Marines, and the Royal Indian Navy provided vital assistance in the provision of landing craft, minesweeping, gunfire support and other duties.

Members of the public are being encouraged to support this anniversary by lining Whitehall in Central London to watch a spectacular flypast of historic and modern military aircraft, view the drumhead service taking place in Horse Guards Parade on big screens, and cheer on the veterans as they parade supported by military bands and current personnel.

For more information about the event and how you can take part, click here. You can also join the conversation online by following the Twitter hashtag #VJDay70.