Ministry of Defence said:
Lance Corporal James Ashworth, aged 23, from Corby in Northamptonshire, was killed as he stormed an insurgent position in the Nahr-e Saraj district of Helmand province in June 2012. His conduct in putting himself in the line of fire to protect his colleagues has been rewarded with the Victoria Cross (VC), the first award of the honour since 2006.
Lance Corporal Ashworth and his platoon from the 1st Battalion Grenadier Guards were inserted into Nahr-e Saraj on 13 June 2012 in order to engage an insurgent sharpshooter team. They came under fire as soon as they landed, prompting Lance Corporal Ashworth to lead his fire team in a 300-metre charge to the heart of the enemy position in a local village.
Two insurgents were killed in this initial attack, but a follow-up assault by Afghan police stalled when a patrolman was shot and killed as the enemy fled.
With no regard for his own safety, Lance Corporal Ashworth again led from the front of his team, advancing on an insurgent compound and using grenades to drive the final remaining enemy to an outbuilding. The insurgents were now being supported by fire from several positions, with the enemy desperate to protect their sharpshooter team.
The immediate priority for Lance Corporal Ashworth’s team was now to neutralise the final sharpshooter and extract as soon as possible. Seeking to break the stalemate using his final grenade, Lance Corporal Ashworth dropped to the floor and crawled behind a knee-high wall that ran parallel to the front of the outbuilding. With just enough cover to conceal his prostrate form, he inched forward on his belly.
Bullets flew over his head as he edged forward and the enemy continued to engage the rest of his team. When he was within 5 metres of the insurgent position Lance Corporal Ashworth was desperate to make his last grenade count. He deliberately crawled out from behind the wall, exposing himself to fire to get a better angle for his throw.
Lance Corporal Ashworth was now in full view of the enemy just metres away, with rounds hitting the floor just centimetres from him. He was preparing to throw the grenade when he was tragically hit by enemy fire. 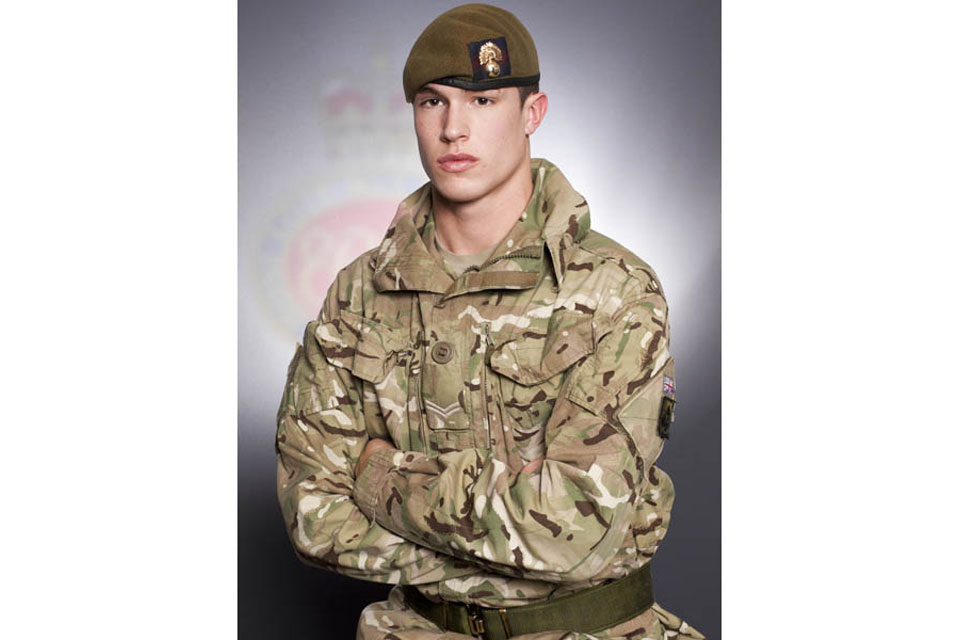 Despite the ferocity of the insurgent’s resistance, Ashworth refused to be beaten. His total disregard for his own safety in ensuring that the last grenade was posted accurately was the gallant last action of a soldier who had willingly placed himself in the line of fire on numerous occasions earlier in the attack. This supremely courageous and inspiring action deserves the highest recognition.
​
The Victoria Cross is the most prestigious of all military decorations and only awarded in exceptional circumstances for bravery carried out under direct enemy fire. It was created on 29 January 1856 and is handmade from bronze cannon captured from the Russians at the siege of Sevastopol from 1854 to 1855 during the Crimean War. The inscription ‘For Valour’ was personally chosen by Queen Victoria.
To date, only 1,360 VCs have been awarded. Lance Corporal Ashworth’s is the 1,361st, and the first to be awarded to a British soldier since Corporal Bryan Budd was posthumously honoured in 2006.
The announcement of Lance Corporal Ashworth’s VC comes ahead of the release of the latest operational honours and awards list on 22 March. The awards for 119 personnel are in recognition of actions from April to September 2012 during Operation Herrick 16 in Afghanistan, as well as other acts of bravery across the globe.