The Ministry of Defence (MOD) announced in September 2012 that 99 Viking vehicles, used extensively by the Royal Marines, would be regenerated under a new £37 million contract with BAE Systems.

The revamp of the Viking Fleet has seen the vehicles fitted with new mine blast protected Hulls designed to offer additional defence should they encounter an explosive device. In addition the entire fleet has had improvements made to its braking and suspension systems.The project has been managed by the MOD’s Defence Equipment and Support organistion based in Bristol.

The amphibious vehicles can be launched straight from a ship and propelled through water before landing for a beach assault. Their versatility across tough terrains was put to use when deployed on operations in Afghanistan.


The regeneration of these 99 Viking vehicles, which sit at the heart of the Royal Marines’ amphibious capability, is incredibly welcome.

The £37 million upgrades include improvements to the braking and suspension systems, as well as new mine blast protection to help keep our troops safe.

These advances have been made possible by the Government’s growing Defence budget and our £178 billion investment in procuring and maintaining the best possible kit for our Armed Forces.
​ 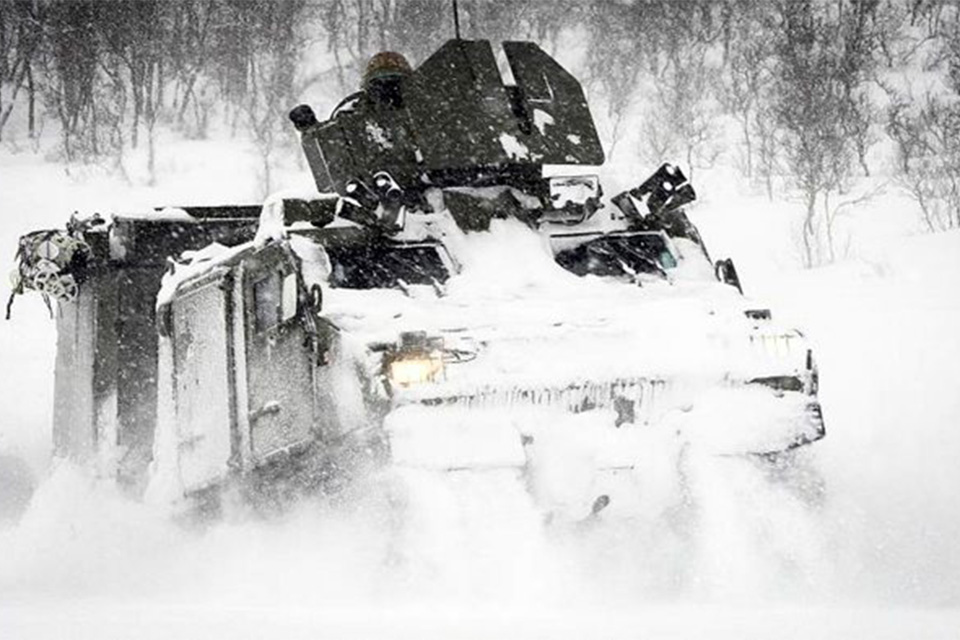 The forward cabin of all 99 vehicles have been fitted with a Protected Weapon Mount (PWM) which pivots 360 degrees and can be used with either a 12.7mm Browning heavy machine gun or 7.62 general purpose machine gun. Nine Viking vehicles have also been upgraded to allow the firing of an 81mm mortar from the vehicle.


The Viking vehicles and their crews operated with great distinction and bravery in Iraq and Afghanistan, enabling a high degree of tactical manoeuvre and saving many lives.

The vehicles’ subsequent Regeneration Programme has been delivered at best value for Defence, with considerable support from a wide range of stakeholders, including Army Command, Defence Equipment & Support, and our industry partners in BAE Systems.

Viking is now back where it belongs, at the heart of our nation’s ability to deliver an effective, efficient and affordable expeditionary amphibious capability.
​
The Regeneration Programme currently secures the vehicle’s service life until 2024 with an option to further extend that date until 2034.