News story: US announces first F-35 in Europe to be based in the UK

The US Department of Defense has announced that RAF Lakenheath will become home to the first 2 US F-35 squadrons in Europe with the first aircraft due to arrive in 2020.

The announcement is part of the US Government’s review into the American military footprint across Europe.

The basing of US F-35s at RAF Lakenheath confirms the American military presence in the UK for the foreseeable future. It also means that for the first time in decades the US Air Force and the RAF will have operated the same type of aircraft from the UK.

The US has also decided to end its presence at nearby RAF Mildenhall. The precise timing for their final withdrawal has still to be determined, but it is expected to correspond with the period in which the US plan to increase their presence at the adjacent RAF Lakenheath.


This resounding vote of confidence by the US is great news for the UK. Our historic relationship with the US remains as strong as ever, and their decision to base their first F-35 squadrons in the UK clearly reflects the closeness of our partnership, as well as the American commitment to NATO and Europe.

I am delighted that the Royal Air Force, Royal Navy and US Air Force will be operating this superb aircraft alongside one another from bases in the UK. It is an indication of the strength of our continuing shared commitment to transatlantic security.

Of course, the US decision to drawdown its presence at RAF Mildenhall is disappointing. However, we recognise that in these challenging times of austerity, the US is not immune to the need to make efficiency savings across US Defence.
​ 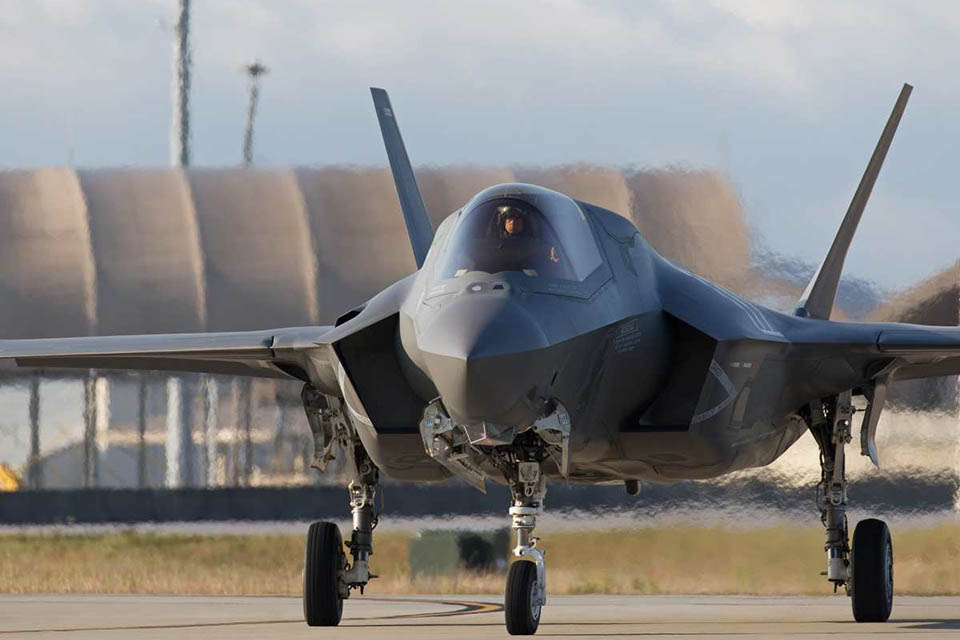 
The UK is an extraordinary ally and supportive host to US forces. Our decision to base US Air Force F-35s at RAF Lakenheath is a testament to that special relationship and a sign of the decades of co-operation to come.
​
The basing of the US Air Force F-35 squadrons in such proximity to the RAF’s F-35 Lightning II jets – to be based at RAF Marham in Norfolk – will allow for the 2 forces to work even more closely together.

The build up of US capabilities and subsequent increased investment at RAF Lakenheath is particularly welcome as it will lessen the impact of the base consolidation decisions also being announced by the Department of Defense today, 8 January. However, the investments the US is making at RAF Lakenheath, and the advance notice given, will reduce any local impact of the Mildenhall drawdown.

Additionally, the US facilities at Alconbury and Molesworth will be returned to the MOD, with associated US roles and missions being completed within a single facility at RAF Croughton.