Ministry of Defence said:
Plymouth-based HMS Monmouth and Kuwaiti Navy vessel Al-Ahmadi engaged in a complex set of ‘Officer of the Watch’ manoeuvres that tested the signalling and ship-handling skills of the bridge teams.
This was followed closely by an impressive air display from 2 AH-64D Apache Longbow helicopters of the Kuwait Air Force. Their low-level simulated air attacks over the Type 23 frigate tested the reactions of both Monmouth’s crew and the pilots themselves.
The final stage of the exercise involved a Kuwait Air Force AS332 Super Puma search and rescue helicopter conducting winching exercises from the flight deck of HMS Monmouth to demonstrate the interoperability of the 2 forces.
Just days before, HMS Monmouth hosted students from Kuwait’s Mubarak Al Abdullah Joint Command and Staff College for 2 days of demonstrations and exercises at sea. 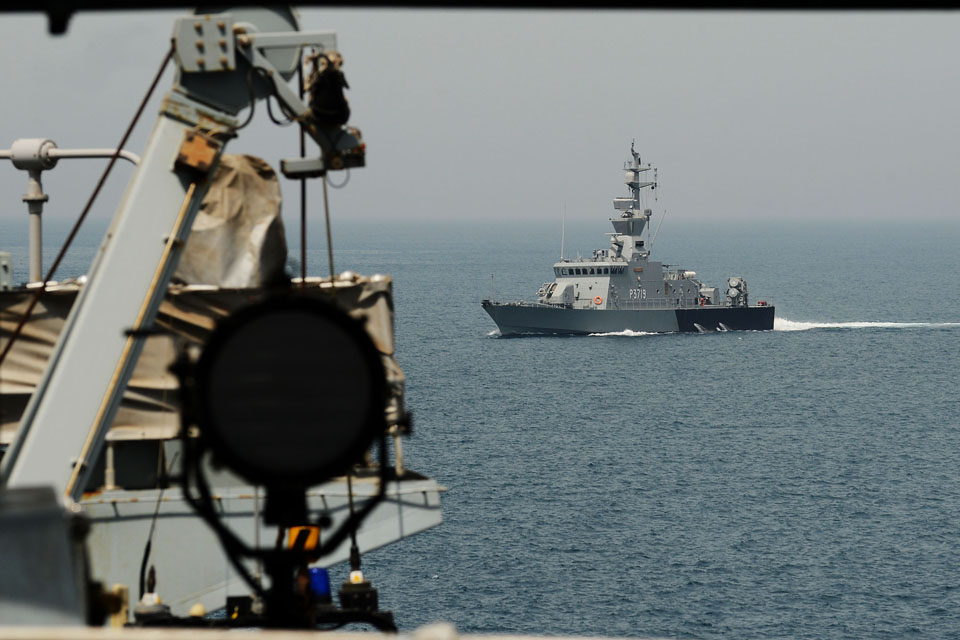 The Royal Navy and Kuwaiti Navy have a very strong relationship, working closely together in the region to provide maritime security and stability in the Gulf.
​
These exercises prove the extent of our mutual interoperability and help to reaffirm the Royal Navy’s close ties with the Kuwaiti Armed Forces.
​
HMS Monmouth is undertaking a 7-month deployment to the Gulf region as part of an international effort to deter piracy and smuggling, taking her turn to provide the standing commitment to maritime security in the region which the Royal Navy has maintained for over 30 years.
Handing over her duties to fellow Welsh-affiliated warship HMS Dragon next month, HMS Monmouth will return to the UK just before she celebrates her 20th year of service in May.