Ahead of the deployment of 800 British troops to lead part of NATO’s Enhanced Forward Presence in Estonia, an advance team from 5th Battalion the Rifles already in country today joined the Estonia Independence Day Parade, marching through the capital of Tallinn to a crowd of thousands.

The event marks the Estonian Declaration of Independence in 1918, after Britain played a key role in helping the Estonians to gain their independence.

The UK and Estonia have a long history of working together across Defence, including standing side by side in Afghanistan, and next year marks 100 years since the earliest co-operation between the Royal Navy and Estonia.

In November 1918, to support the independence of the Baltic States, a Royal Navy Squadron was deployed to the region. This close relationship continues today, and in January this year, HMS Ramsey joined NATO’s maritime group, commanded by ENS Admiral Cowan, an Estonian ship named after the Royal Navy commander in the Baltic in 1919.

The ENS Admiral Cowan, a former Royal Navy mine hunter, was formally handed over to the Estonian Navy in 2007, and is now the lead vessel of its division.


Today’s landmark in Estonia’s history is an opportunity to celebrate our defence ties that stretch back over a century to when they gained independence.

Britain is playing a leading role in European security by deploying forces to Estonia, alongside our allies, to defend NATO.

Backed by a defence budget rising every year, our deployment will be defensive but fully combat capable, from armoured fighting vehicles to communications specialists who can deal with cyber threats.
​ 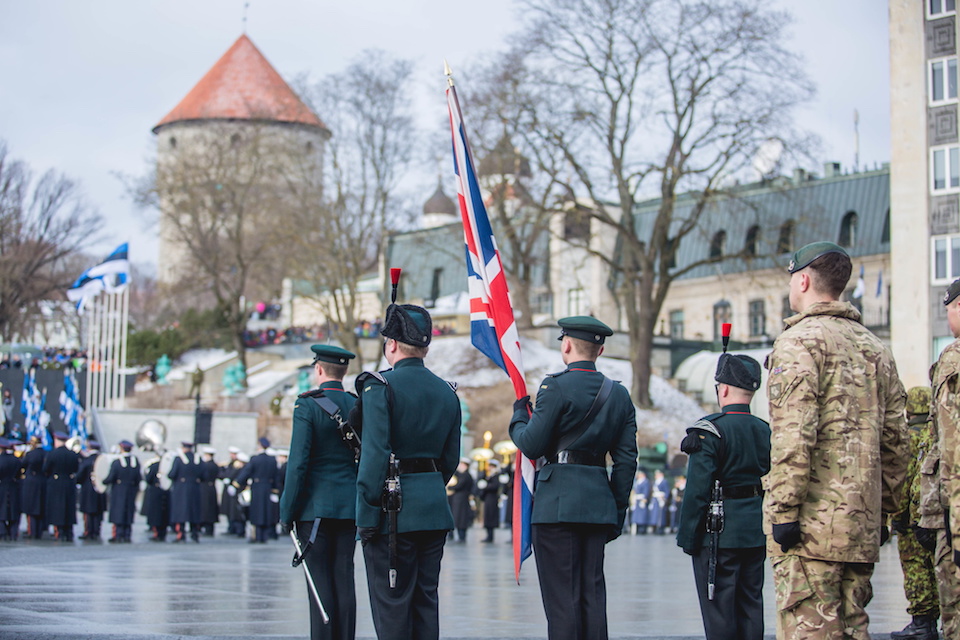 At the NATO Warsaw Summit last year, the UK committed to leading one of four battlegroups in NATO’s Enhanced Forward Presence in the Baltic States and Poland. In addition to the 800 UK troops, France and Denmark will also deploy personnel to Estonia.

The main body of UK troops are due to arrive in April and will arrive with Warrior Armoured Fighting Vehicles and Challenger II tanks. British personnel have been exercising with Estonian, French and Danish colleagues in Germany recently to prepare for the deployment. The UK will also be deploying troops to Poland in support of the US-led battlegroup there.

The Defence Secretary discussed the deployment with NATO Defence Ministers in Brussels recently and also called on NATO to modernise its structures to be able to deal more effectively with current and future threats, including the threats from terrorism and cyber.

Earlier this week, Colonel Giles Harris, Commander British Forces in Estonia, met with Prime Minister Juri Ratas, who personally welcomed him to Estonia. During their meeting Col Harris and the Prime Minister discussed the historic deployment of a multinational NATO contingent to the region.


It is great to have NATO troops parading here on Estonian Independence Day. It reminds us of our shared history and values.
​
Estonian President Kersti Kaljulaid also attended the celebrations, which in addition to the parade, included a formal flag-raising ceremony at the Tall Hermann tower, wreath-laying at the Monument of War of Independence on Vabaduse Square, and a church service. 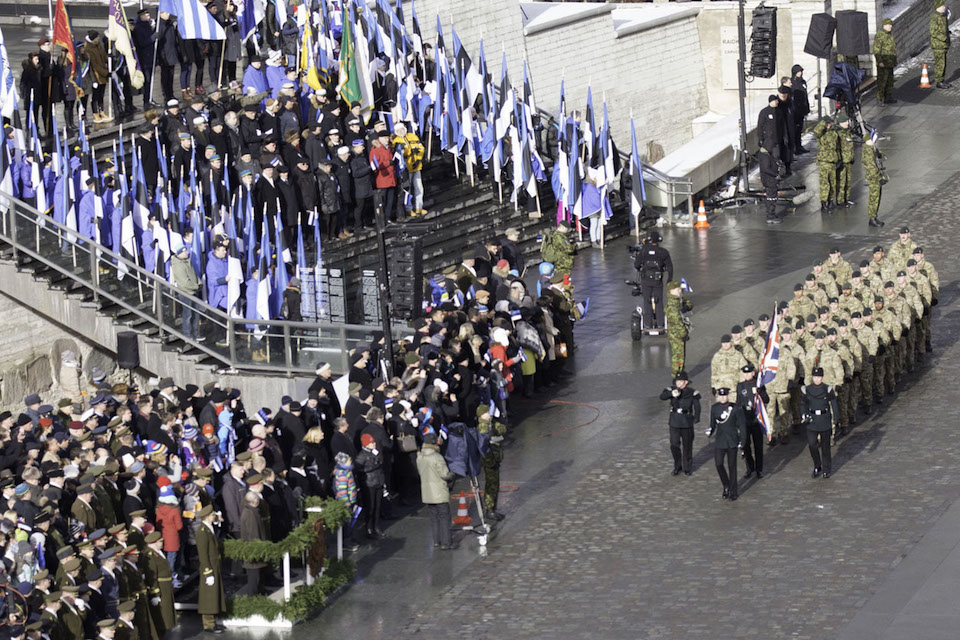 To find out a bit more about the NATO enhanced Forward Presence mission, watch the short explainer video below: