Touching down in country today, an additional 35 UK military personnel will join the current UK presence providing support to the UN Mission in South Sudan (UNMISS).

This latest addition to the British contingent will provide engineering support to the UN mission, undertaking projects such as the construction of a jetty on the River Nile, helicopter landing sites and other infrastructure improvements, and will be based mainly in Malakal.

In particular, the Royal Engineers will support the construction of a temporary field hospital in Bentiu. On completion of this, a permanent hospital facility, which will support over 1,800 UN peacekeepers and UN staff, will be constructed. These hospitals will be staffed by medical personnel drawn from all three services.

This latest arrival means around 240 British personnel are now based in South Sudan, primarily split between Malakal and Bentiu in support of UNMISS. 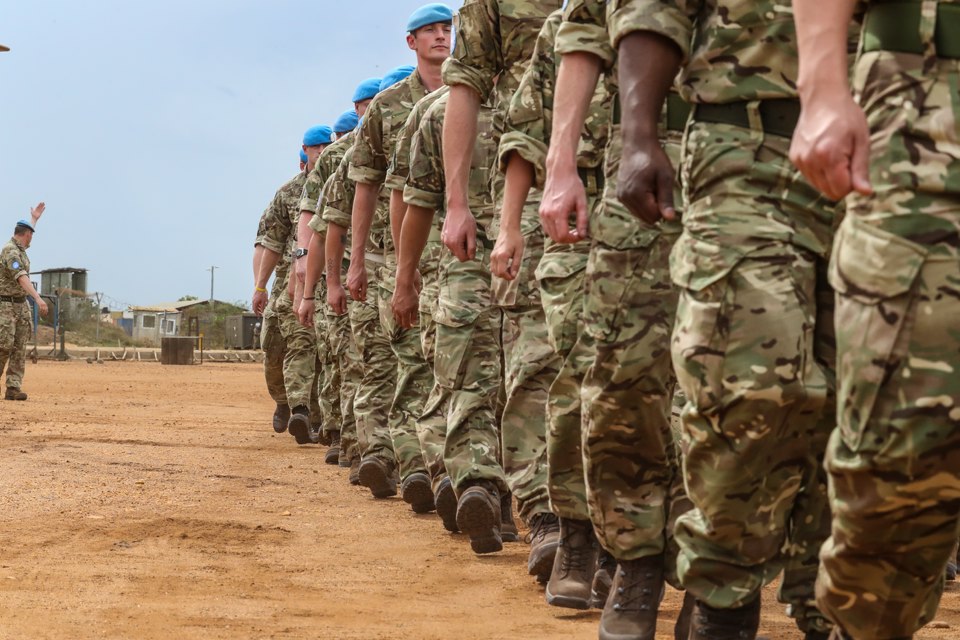 The latest deployment of British troops has arrived in South Sudan. Picture: UNMISS.

Along with a small number of staff officers in the UNMISS headquarters in Juba, the total number of UK military deployed will rise to nearly 400 over the coming months, making it one of the UK’s largest operational deployments across the world.