The King’s Royal Hussars Battlegroup is taking part in Exercise Black Eagle in the Zagan Training area in south-west Poland. The exercise is under the command of the 10th Polish Armoured Cavalry Brigade and UK troops are working alongside the 1st Polish Tank Battalion.

The exercise, which will include live-firing, is designed to help the two Armed Forces operate more effectively with each other.

Exercise Black Eagle is a also a demonstration of the UK’s support to NATO reassurance measures, which includes:


Further NATO deployments are expected to take place over the next 2 years. 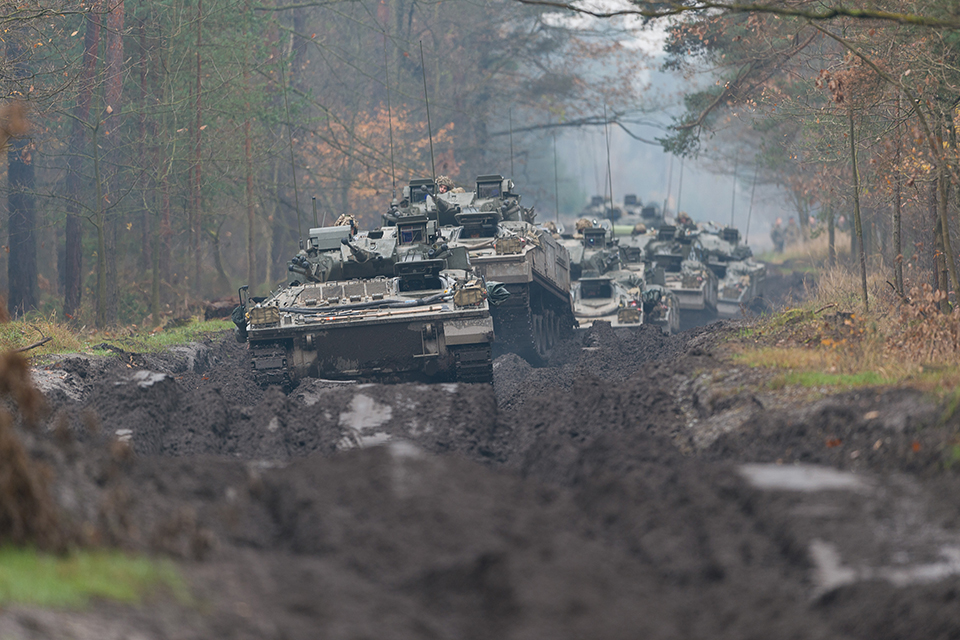 
Exercise Black Eagle has been a great success on several fronts. It has proved that the Army has the agility needed to cope with the demands of the 21st century.

It clearly demonstrates the strength of our relationship with the Polish Armed Forces. And it is a clear signal to our allies in NATO that we stand up to our obligations and will continue to do so.
​
Exercise Black Eagle is an example of the new configuration of the Army after Army 2020. While Defence Engagement, capacity building with partners and the provision of resilience within the UK are important aspects of the Army’s role, war-fighting capability will continue to be the Army’s core-business.