They were welcomed by Estonia’s Defence Minister Margus Tsahkna, having flown from RAF Brize Norton by Voyager aircraft.

The 120 soldiers are fundamental to setting up a UK headquarters in the country before the rest of the UK deployment arrives next month, increasing the total number of troops in Estonia to around 800. 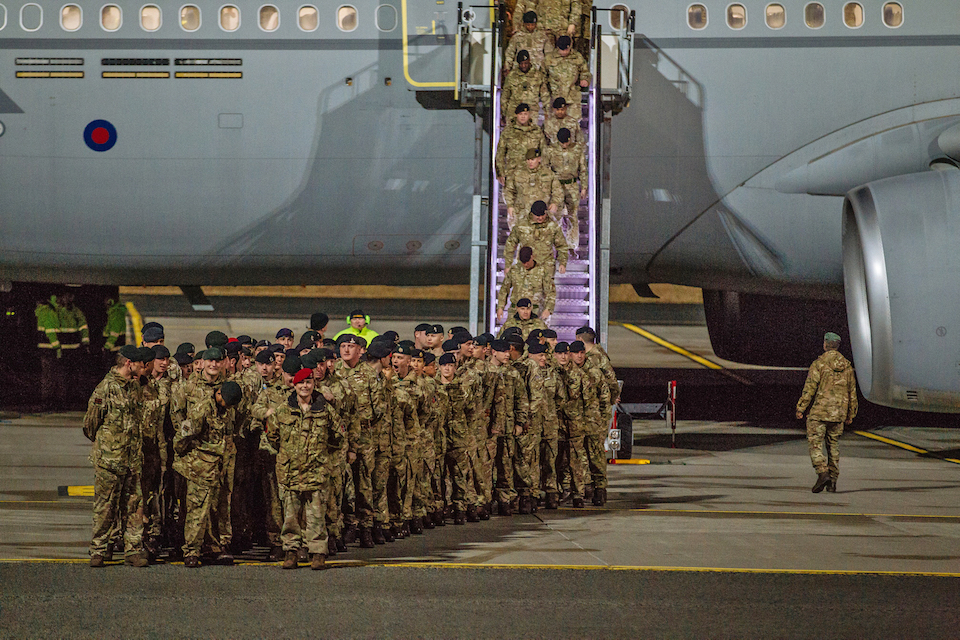 Soldiers from the 5th Battalion The Rifles Battlegroup arrive at Amari airbase, Estonia.

The UK is taking a leading role in NATO’s enhanced Forward Presence, alongside several other contributing nations. The deployments are designed to assure NATO allies of the mutual commitment to collective European security.

Working alongside the UK forces this year will be French personnel, and from next year, Danish partners. All are there at the request of the Estonian Government. The Battlegroup will provide a proportionate, defensive, and combat capable force to defend our NATO ally and deter any form of hostile activity against the Alliance. 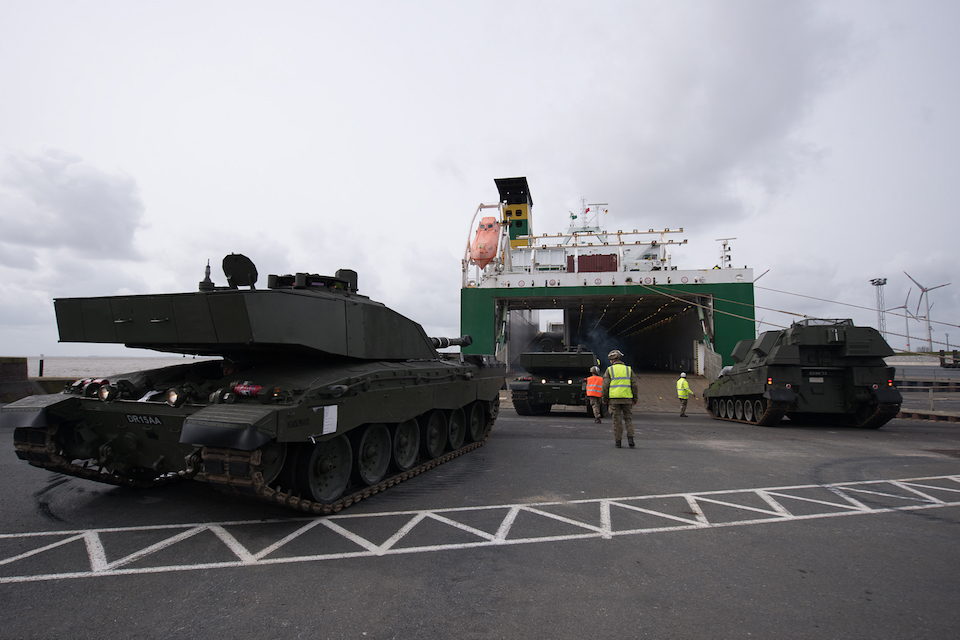 An AS90 and a Challenger 2 tank being loaded onto cargo ship in the port of Emden, Germany, before deployment to Estonia.

The UK-led Estonia Battlegroup is one of four NATO multinational deployments to the eastern part of the Alliance. Other nations are deploying to Latvia, Lithuania and Poland, the last of which will include 150 UK personnel, on a persistent, rotational basis.


In the face of an increasingly assertive Russia, NATO is stepping up its commitment to collective defence. British troops will play a leading role in Estonia and support our US allies in Poland, as part of wider efforts to defend NATO.

Our rising defence budget means we can support those deployments in the long-term and strengthen our commitment to European security.
​
Commanding Officer of 5 Rifles Lieutenant Colonel Mark Wilson added:


The UK and Estonia have a long and proud history of serving together, including in Afghanistan, so it is an honour to lead 5 RIFLES on this deployment as part of NATO’s enhanced Forward Presence. My soldiers are looking forward to again be working, training and exercising alongside their Estonian counterparts.
​
This week, around 300 UK vehicles have also departed to Estonia, including Warrior infantry fighting vehicles, Challenger 2 tanks and AS90 self-propelled artillery pieces. These vehicles, loaded onto a Roll-On-Roll-Off ferry, are currently on their way and set to arrive towards the middle of next week. French armoured vehicles, including tanks, are also due to arrive in Estonia via train after being loaded yesterday. 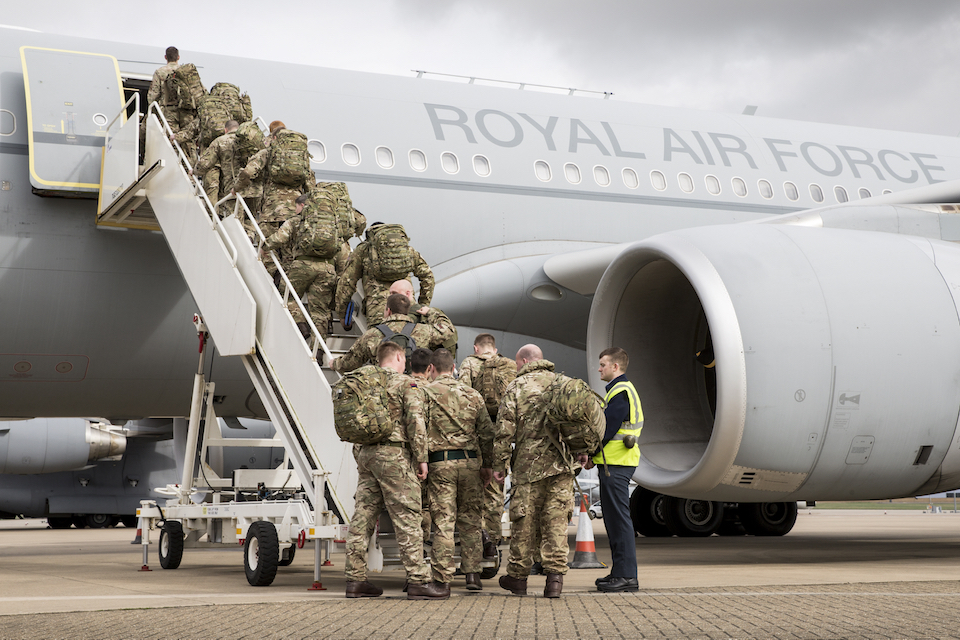 Personnel from the 5th Battalion The Rifles depart from RAF Brize Norton for Estonia.