Around 12 UK Armed Forces personnel travelled to the country this week in order to assess how the UK can provide their support as part of a wider contribution to the UN Mission in South Sudan (UNMISS).

This deployment follows Prime Minister David Cameron’s announcement in September at the UN General Assembly in New York that the UK will double its contribution to active peacekeeping in 2016, with plans to deploy troops to South Sudan as well as Somalia.


This is another demonstration of the flexibility and global reach of our Armed Forces.

It will support UN efforts to end some of the world’s most destabilising conflicts, helping to tackle a key driver of migration.
​
Once this initial scoping assessment is complete, further troops may be sent to South Sudan to carry out specific tasks such as providing vital engineering work to strengthen infrastructure and further advisory support.

The government will work with the UN to finalise these plans and precise numbers have yet to be agreed. However support to East Africa could involve up to 70 personnel deploying to Somalia and a total of 250 to 300 troops could participate in South Sudan over the course of multiple deployments. 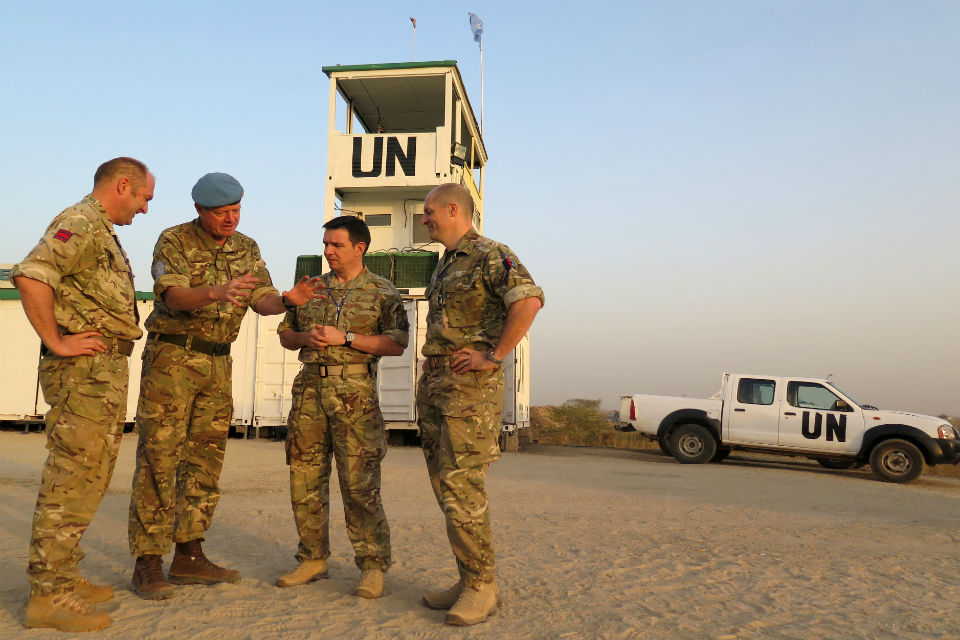 This builds on existing wider UK Government commitments across the region that has been demonstrated over many decades.

The UK Armed Forces is currently conducting peacekeeping duties in Cyprus and has valuable experience of working in varied and often difficult environments with international partners to deliver security and stability; this makes them well placed to support the UN in South Sudan.