Ministry of Defence said:
The Lightning II is the most advanced jet our Armed Forces have ever operated and the decision to base it at RAF Marham has secured the future of the base. The decision will also mean new investment and infrastructure to make RAF Marham the Main Operating Base for the aircraft.
Lightning II will be jointly operated by the Royal Air Force and the Royal Navy and the aircraft will operate from the Navy’s new Queen Elizabeth Class aircraft carriers as well as from RAF Marham. 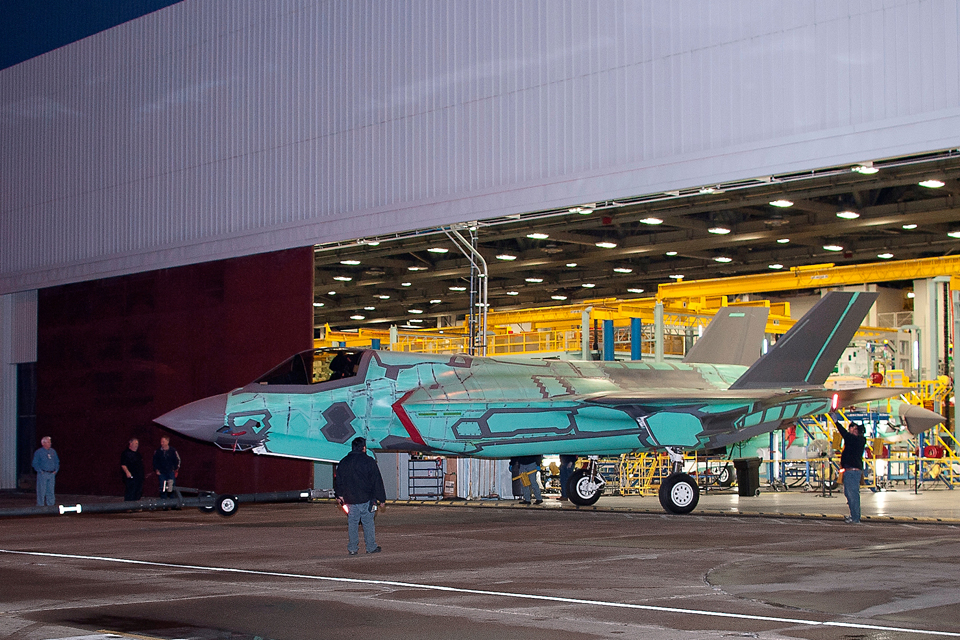 This is the next step in the restructuring of the Armed Forces, providing them with the world’s most capable combat aircraft. Basing the new Lightning II at RAF Marham makes strategic sense and best use of the resources available. It also secures the future of one of the UK’s most operationally-experienced bases.
​
The Lightning II is the most advanced jet our Armed Forces have ever operated, and carries on the tradition of the Harrier, while having far greater range, payload and defensive capability. Now this decision has been taken, we can start the planning and infrastructure investment required for RAF Marham’s future.
​ 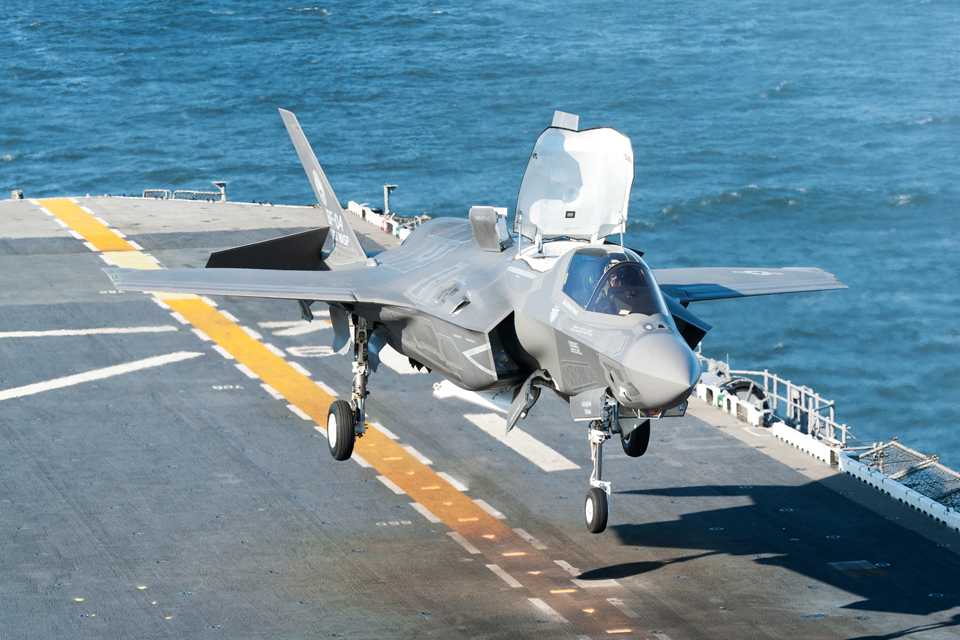 I am delighted that the Secretary of State today announced that RAF Marham is selected as the Lightning II Base. This is excellent news for my personnel, for the local community and region, and for the Royal Air Force and UK Defence.
​
[h=3]Basing announcements[/h] Today’s announcement also provided clarity on a number of other changes to bases in the UK, details of which were announced to Parliament in a Written Ministerial Statement. This includes RAF bases at Lossiemouth, Leuchars and Prestwick in Scotland, RAF Church Fenton in North Yorkshire, RAF Kirton in Lindsey in Lincolnshire; the Army base at Shorncliffe in Kent, and Ministry of Defence sites at St Athan in Wales, Ashchurch in Gloucestershire and Bicester. 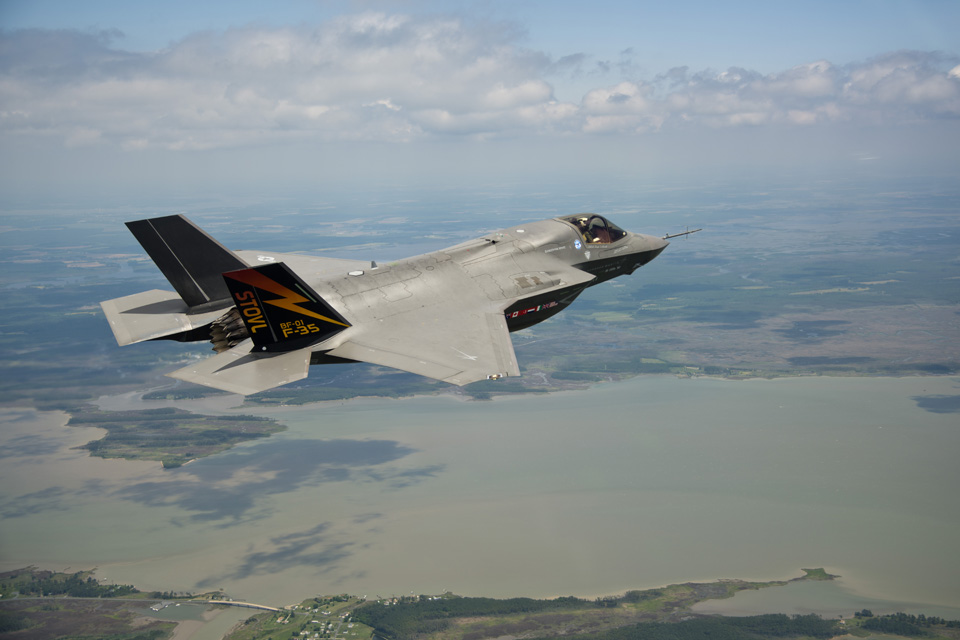 F-35 Lightning II in flight over the United States (library image) [Picture: © 2012 Lockheed Martin Corporation]These local basing announcements follow the announcement made earlier this month on the future laydown of the Army as it moves back from Germany and provided further detail of the restructuring announced in the Army 2020 report of July 2012.
The intention to reduce the sizes and bases of the 3 services was first announced in the Strategic Defence and Security Review (SDSR) in 2010. Both the Royal Navy and Royal Air Force were to reduce by 5,000 personnel and the Army by 7,000 by 2020. In 2011, the reduction in the Army was increased to 20,000 by 2020.
Since 2011, a major study has been undertaken by the Defence Infrastructure Organisation, who are responsible for managing and maintaining the MOD estate. This study has ensured that the plans make better use of the Defence estate and ensures value for money for the taxpayer. 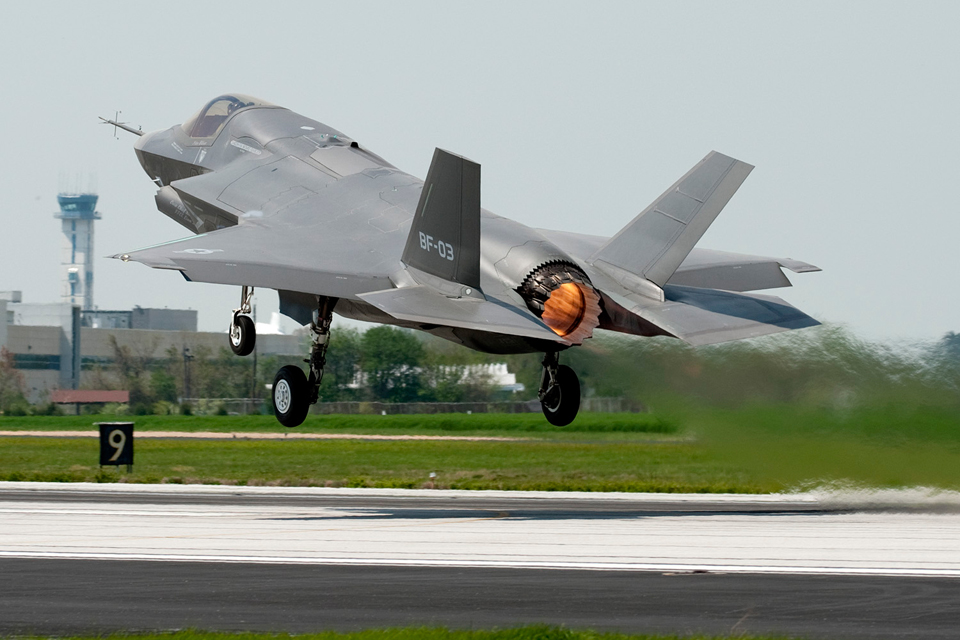 An F-35 Lightning II takes off (library image) [Picture: © 2012 Lockheed Martin Corporation][h=3]Lightning II update[/h] The UK’s first 2 Lightning II aircraft are currently participating in the US test programme and will remain in the US. We expect to receive front line aircraft from 2015 onwards with an initial operating capability from land in 2018, followed by first of class flights from HMS Queen Elizabeth later that year.
The original intention (announced in 2005) was to base the aircraft at RAF Lossiemouth. Following the Strategic Defence and Security Review in 2010, a number of changes have occurred that justified a further review of the basing options for Lightning II; these include RAF Lossiemouth becoming the new home of the UK’s Typhoon fleet, while the out of service date for the Tornado GR4, currently based at RAF Marham, has been brought forward to 2019.

News story: US announces first F-35 in Europe to be based in the UK