The agreement will last for 15 years. Areas it covers include sharing of information on potential threats, participation in joint exercises, training of Ukrainian Armed Forces (UAF) personnel and cooperation in the field of military equipment.

Separately the UK will look to expand the reach of its training support through the introducing a new ‘train the trainer’ activities. This will enable Ukrainian Armed Forces personnel to pass on techniques taught by UK Armed Forces.


The UK will stand firm with the Ukraine as they defend their territorial integrity. This new Defence agreement sets out that commitment as we enhance our training of Ukrainian Armed Forces.
​ 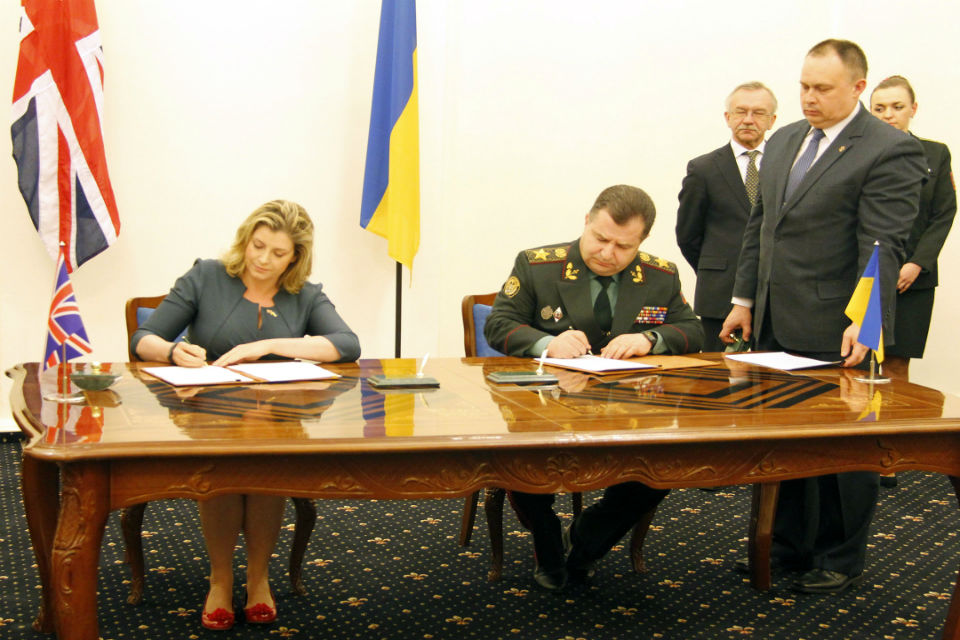 In the past year, the the UK has trained 2,000 members of the UAF being led through UK courses on countering-IEDs, operations in urban environments, medical care, logistics and operational planning. The UK has also gifted over £1million worth of equipment to the country.

The Memorandum of Understanding (MOU) with Ukraine was signed by Armed Forces Minister Penny Mordaunt during in Kyiv yesterday. She said:


It was a great honour for me to sign the MOU on Defence cooperation with Ukraine, which provides the framework for future cooperation, reiterating our support to them.