During the visit, Minister for the Armed Forces saw first-hand the support the UK is providing to the Nigerian Armed Forces leading the fight against Boko Haram in North East Nigeria. 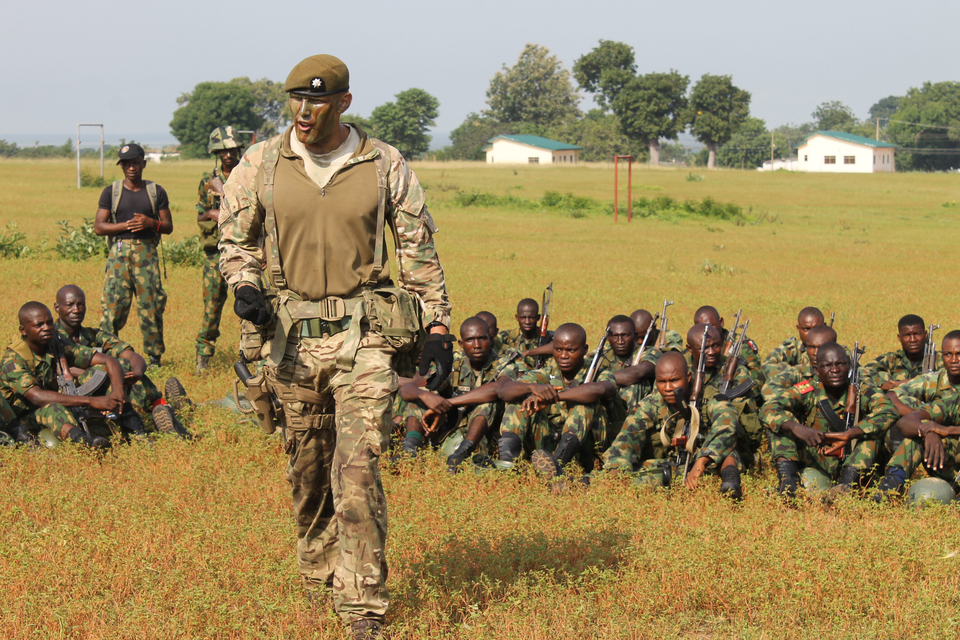 Almost 700 UK military personnel have deployed on a range of short term training tasks in support of the BMATT since early 2015. Crown copyright.

As well as meeting those delivering expert training to the Nigerian Armed Forces through the resident British Military Advisory and Training Team (BMATT), the Minister met with UK personnel in the Liaison and Support Team (LST) based in the North East of the country. The LST provides non-lethal operational advice and guidance to the Nigerian Armed Forces as they tackle the terror threat of Boko Haram.


The UK stands united with Nigeria in the international fight against terror. With our world class military expertise, we are helping the Nigerian military develop the skills necessary to tackle the threat of Boko Haram.

From expert operational guidance and medical mentoring in the North East, to counter explosive device training across the country, the UK is leading the way in its commitment to supporting a safe and stable Nigeria.
​
Nigeria is a key partner for the UK in West Africa. Throughout the week, the Minister visited various Nigerian defence institutions currently receiving military support from UK training packages, and met with senior Nigerian military officials in Abuja to discuss how the UK and Nigeria can continue to work together to meet the complex challenges facing the country. 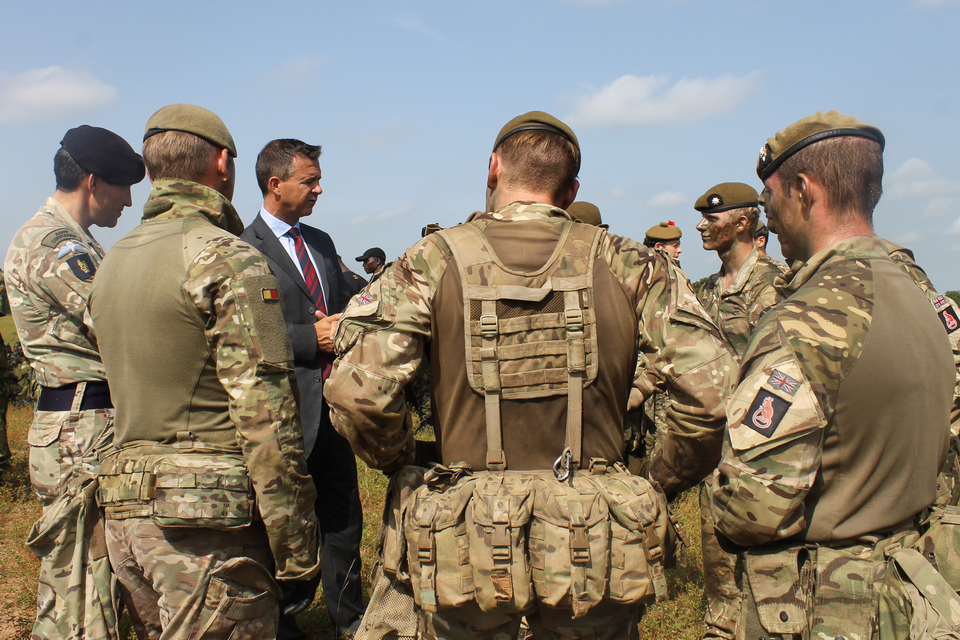 The UK shares a deep and long-standing Defence partnership with Nigeria, and over 40 UK personnel are deployed on an enduring basis in country to coordinate training and advisory support. Crown copyright.

The UK shares a deep and long-standing Defence partnership with Nigeria, and over 40 UK personnel are deployed on an enduring basis in country to coordinate training and advisory support. The UK is not only increasing counter-terrorism cooperation with Nigerian partners, but British military personnel are also working alongside US and German allies in a multinational effort to step up counter improvised explosive device support.

Alongside France and the US, the UK is assisting in regional coordination and intelligence sharing arrangements between Nigeria and its neighbours, with a small number of UK personnel deployed alongside the Multinational Joint Task Force (MNJTF) headquarters in N’Djamena, Chad. The UK was one of the first donors to support the MNJTF, with £5 million to help equip the force.

Almost 700 UK military personnel have deployed on a range of short term training tasks in support of the BMATT since early 2015, many from 7 Infantry Brigade (the famous Desert Rats), and the RAF Regiment, which is helping to develop its Nigerian counterpart.

Over 28,500 members of the Nigerian military have received UK training and Defence education in this time. The UK remains committed to strengthening its strategic partnership with Nigeria, and will continue to deliver world class training to help the Nigerian military adapt to meet the modern security challenges facing the country.