In talks with Mrs Kodheli, Mr Fallon said the UK was a firm partner of Albania with deep links through NATO. He said that the UK would be appointing its first ever resident Defence Attaché and would work with Albania to meet security challenges in the Balkans.

Today, he met soldiers from the Army’s Grenadier Guards and Royal Marines from Kilo Company 42 Commando as they joined Albanian troops and personnel from the US, Kosovo and Montenegro in Biza. Around 150 UK personnel are taking part in the combined field training exercise.

It is the first major exercise to be held in Albania after the announcement that Albania will contribute a Light Infantry Company to the Very High Readiness Joint Task Force (VJTF) when the UK leads the force in 2017. 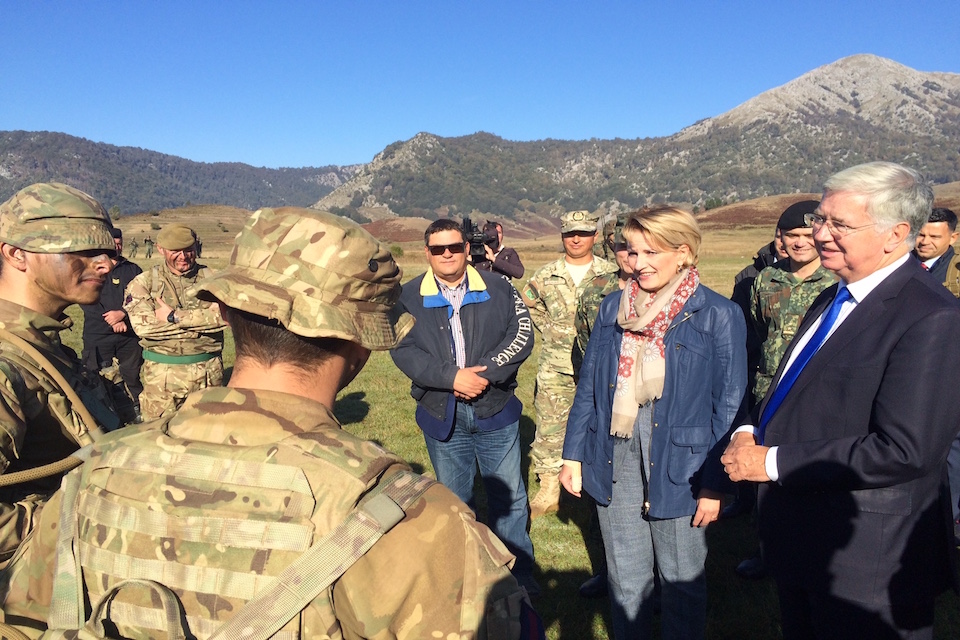 Albanian troops have also recently participated in Exercise Venerable Gauntlet in Germany, bringing together 3000 troops from 14 NATO nations in another major exercise before the UK takes its leading role in the task force.


Albania is a key partner in Southern Europe, an ally which is meeting its security challenges through its NATO commitments and more. Troops from both of our countries enjoy the first class training facilities here, and I look forward to our countries working together further when the UK takes over the Very High Readiness task force next year.
​ 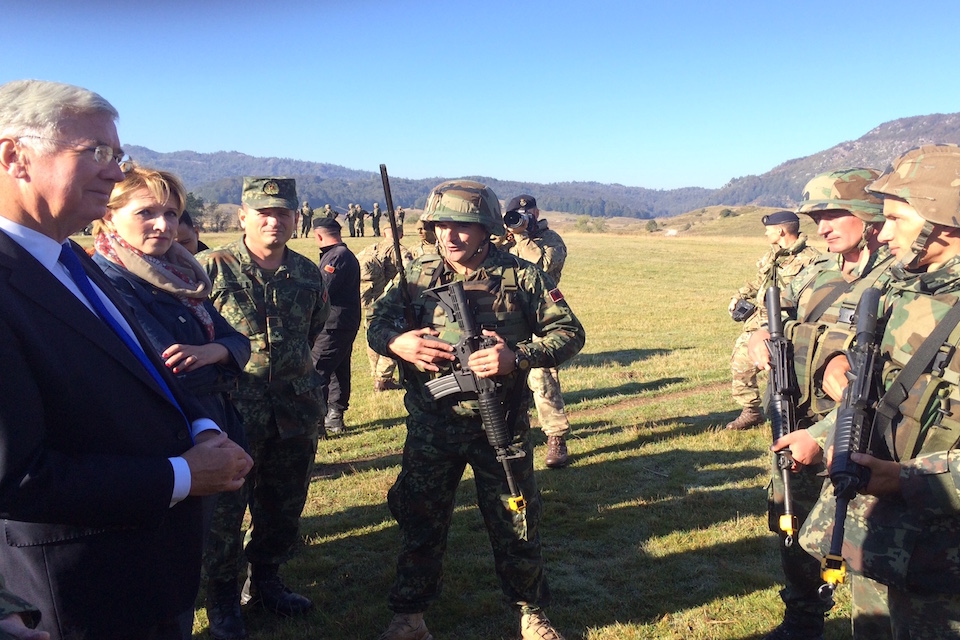