Michael Fallon today confirmed a small military team has deployed to South Sudan as the UK starts to increase support to the UN Mission.

UK personnel will provide vital engineering work to strengthen infrastructure as well as further advisory support, underlining the UK’s continued commitment to peace and security for the people of South Sudan.

The deployed UK team form the first group ahead of further deployments across 2016.


The arrival of British personnel clearly demonstrates our commitment to supporting UN efforts to improve conditions in some of the world’s most destabilising conflicts.
​
The arrival follows the Prime Minister’s announcement last year that the UK would double its contribution to active peacekeeping in 2016 - including sending up to 300 troops to South Sudan, and around 70 to Somalia. 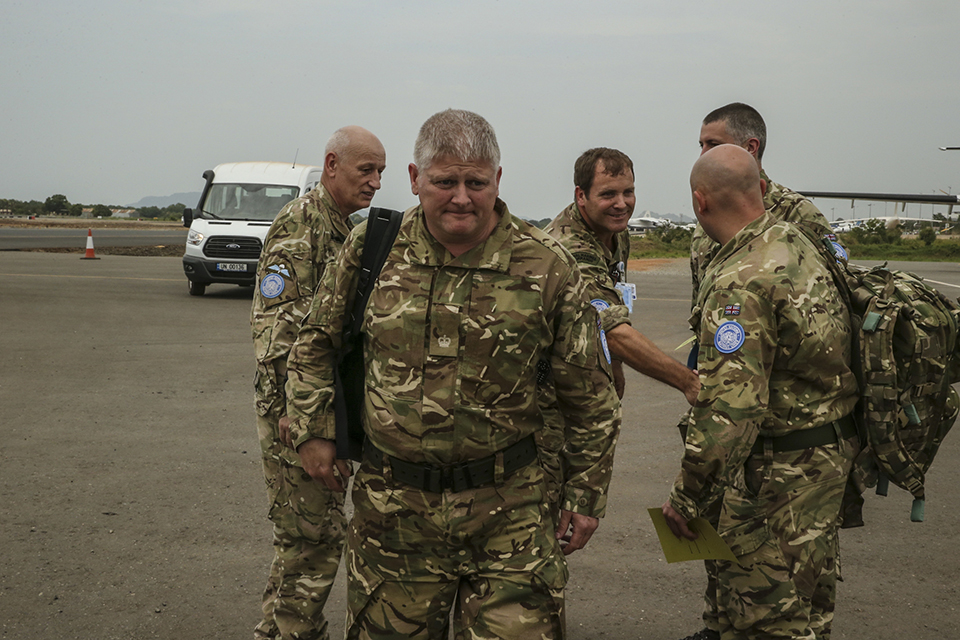 UK Armed Forces already carry out peacekeeping support in a number of countries, and has valuable experience working in varied and often difficult environments, giving them the necessary skillset to support the UN in South Sudan and Somalia.

In South Sudan, UK troops will be split into two engineer squadron groups, with associated support elements. This forms part of a wider contribution to the UN Mission in South Sudan (UNMISS), and a recce was carried out earlier this year to determine the best way to utilise UK support.