Ministry of Defence said:
Princess Elizabeth acceded to the throne as Her Majesty Queen Elizabeth II on 6 February 1952 and was crowned on 2 June 1953.
In London’s Green Park, soldiers from the King’s Troop Royal Horse Artillery fired blank artillery rounds from 6 guns at ten-second intervals until 41 shots had been fired.
71 horses pulled the 6 First World War-era 13-pounder field guns to the park for the royal salute from their base in Wellington Barracks. Music was provided by the Band of the Royal Artillery prior to the salute.
In Scotland, gunners from 105 Regiment Royal Artillery (Volunteers) fired a 21-gun royal salute at Edinburgh Castle. 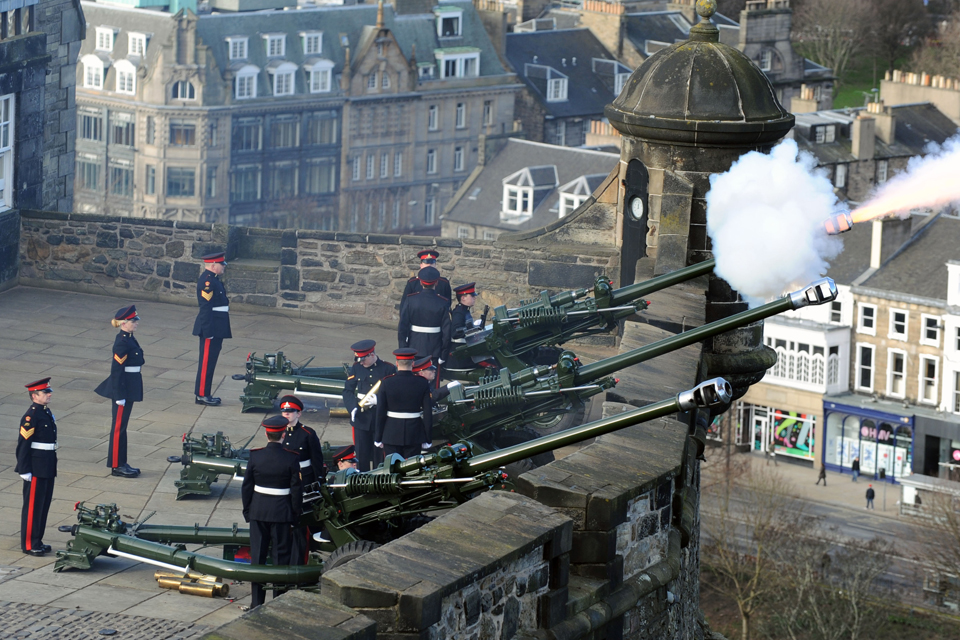 The regiment is honoured to fire the royal salute at Edinburgh Castle to commemorate the accession of Her Majesty The Queen.
​
The royal salute provides a great occasion for the gunners to display their professionalism and pride in conducting such an honour in Scotland’s capital city.
​
In Plymouth, the Royal Navy marked the anniversary by flying pennants along the length of HMS Bulwark, in a tradition known as ‘dressed overall’.
The amphibious command and control ship, which can carry tanks and troops to land ashore, flew the flags from bow to stern for the duration of the day.
The Queen, as Sovereign, is Head of the Armed Forces and is the only person able to officially declare war and peace.