Ministry of Defence said:
217 Flight of 815 Naval Air Squadron arrived back at Royal Naval Air Station Yeovilton to a family welcome following their 4-month deployment on the French Navy frigate Surcouf. During the deployment they helped capture 12 suspected pirates following an attack on the Merchant Ship Jasmine by men armed with rocket-propelled grenades. 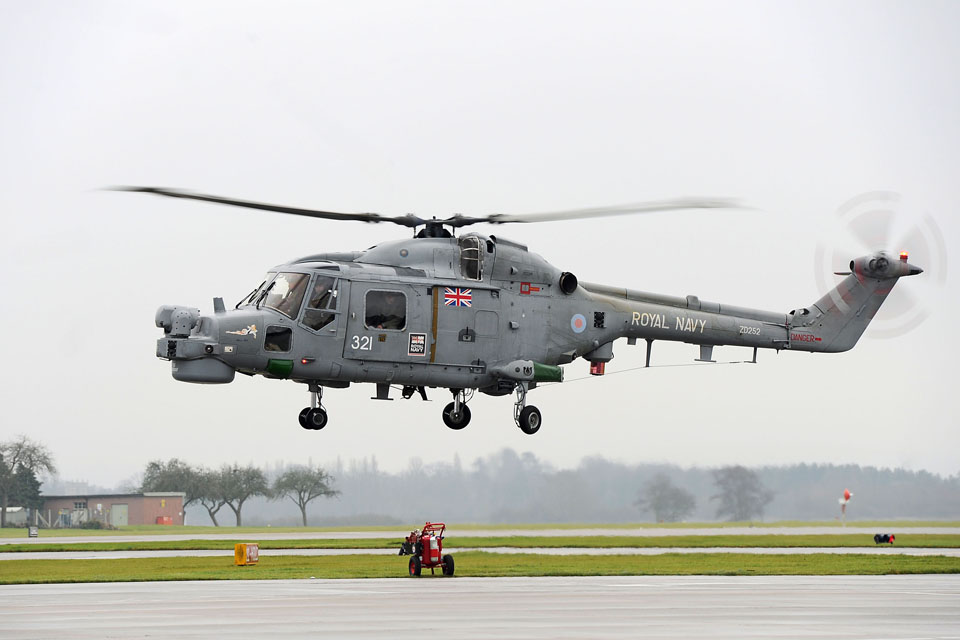 217 Flight's Lynx helicopter prepares to land at Royal Naval Air Station Yeovilton [Picture: Leading Airman (Photographer) Caroline Davies, Crown copyright]Surcouf was dispatched to support the European Union’s Operation Atalanta, a double mission to both eradicate the scourge of piracy and to safeguard shipping delivering aid to Somalia.
The deployment of the 12-strong team from 217 Flight on Surcouf, headed by Flight Commander Lieutenant Mike Curd, was the result of a treaty signed between the UK and France in 2010 pledging greater military co-operation and interoperability between the 2 countries.
Lieutenant Curd said:

The experience has been really good; challenges have been more on the human side than operational. One of the biggest challenges was the language as none of us were expert French speakers, but it worked. There was some excellent team work during this deployment.
​
Following the suspected pirate attack on the merchant vessel off the coast of Somalia, the Lynx first located the 2 suspect boats and afterwards provided air cover for the Surcouf’s boarding team as they apprehended 12 men. 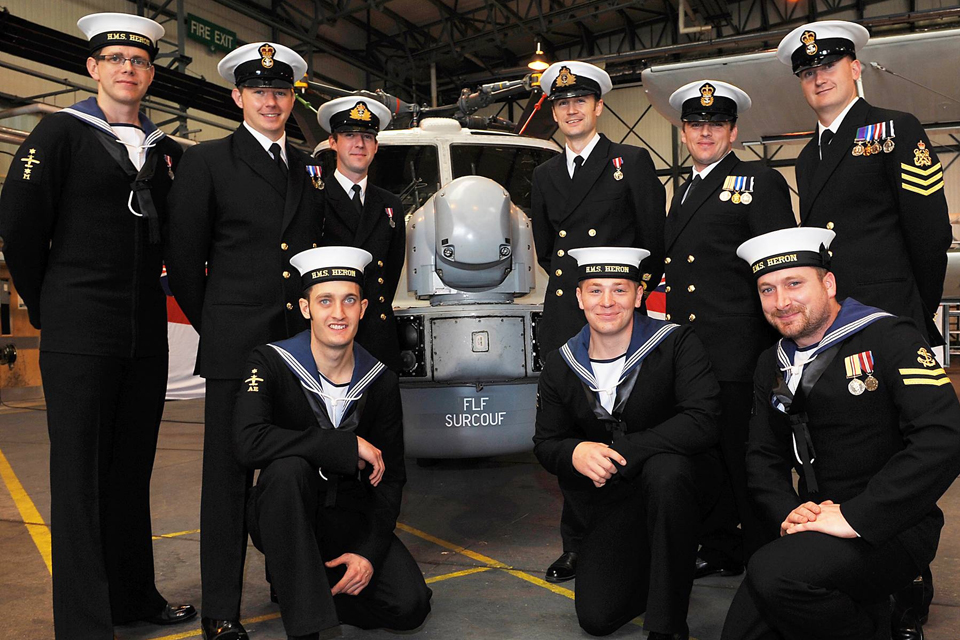 We stopped the suspected pirates without having to fire a shot; although the 2 vessels split up over night we located and intercepted the first and went back for the second.
​
Their mission, hailed as a great success as the first of its kind, was followed closely by the wife of Chief Petty Officer Richard ‘Ronnie’ Corbett, Catherine, who is 28 weeks pregnant.
Catherine said:

I have missed sharing our pregnancy with him but baby Corbett sent an email every week. Now he’s back it’s time for me to put my feet up.
​
217 Flight’s deployment on Surcouf has been a great success and an opportunity to demonstrate the adaptability and operational capability the Fleet Air Arm is renowned for as well as improving military relations between the UK and France and the wider EU.
Having been away from their families at Christmas time they are all really looking forward to some downtime together.